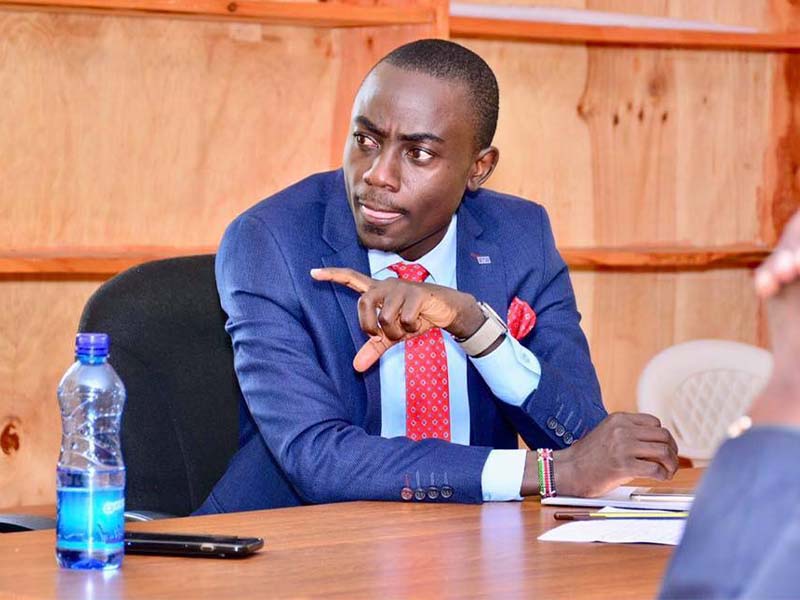 Duke Mainga Ondiba popularly called Echate resigned on Tuesday to focus on his campaigns for the senatorial position. He leaves behind a legacy of being the youngest minister in governor Ongwae’s second-term cabinet. The bold move dubbed “CEC Echate resigns” is making headlines.

Echate who unsuccessfully ran for Bomachoge Borabu Constituency parliamentary seat in 2017 attracted the local government for a nomination as CEC. He has since doubled in as a musician under the notorious Echate Generation label. Then again, he is campaigning to succeed Prof Sam Ongeri as Senator of Kisii County.

A copy of Echate’s resignation letter is drafted below.

“This afternoon, I have officially resigned from the position of the County Executive Committee Member in the County Government of Kisii.

I have reached on this bold decision so that I can embark on restructuring my political journey as I fully focus on extending my plans on social development activities within my County and Country at large.

It has been a great journey of 4 years with extremely mixed feelings of both good and challenging times but it gets to a time when you have no other option other than following your heart because it is through the heart that God speaks.

Special thanks to my boss H.E James Ongwae for giving me the opportunity to serve as the youngest CEC in his Government. I don’t and will never take this for granted. To my staff, some of whom I saw shedding tears, I just want to remind you that this is just but a sabbatical break; we are coming back, bigger and better, very soon. I wish you all the very best in your endeavors and I will always pray for you wherever I will be.

To my wife Milka and my family, thank you for always standing with me during my best and worst moments while serving in this position. I can only prepare you for a better future of more greatness. Please keep the trust and love for me.

And to you my friends, asanteni Sana for always applauding and criticizing my leadership. You have greatly contributed to my growth both politically and emotionally. I have a very special place for you in my heart. We shall keep winning together.

As I walk out, I want to remind you to always do good and leave the rest to the Almighty God. He is the best!

CEC Echate resigns news remains a huge conversation among supporters and critics who are already conflicting on the future of his politics.