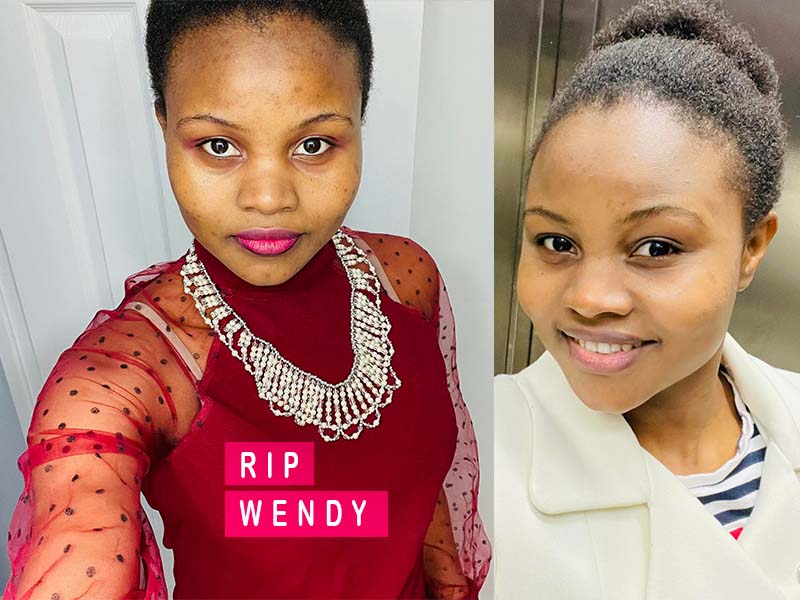 A whirling of emotions is still in the air following the sudden death of a middle-aged Kisii lady at the prime of her life in Canada. Initial reports say Hellen Kemunto was having fun in a swimming pool and broadcasting the same on Facebook. A live stream of Hellen Wendy drowning video is wrecking hearts.

Close relatives say the fallen beauty queen was a charismatic lady with an outgoing personality. Her story has since surfaced on national television and leading media houses across the world.

Profile: Who is Hellen Wendy?

A majority of Kenyans mourning the death of Wendy are awoke to her touching life story.

Summarized below is the profile of Hellen Wendy from Getare Village in Misesi Sub location, Bobasi Constituency.

For the record, she comes from the same locality as Kisii County governor Paul Simba Arati.

Thereafter, she developed an exceeding interest in Green Card applications.

Speaking to Mwamogusii TV, Wendy’s father Mr John Nyabuto Kiyondi said she did not qualify for a direct university entry.

Luckily, one of her applications to Canada turned out successful. She would travel abroad for casual jobs and later enrol for part-time studies.

Wendy who started with pre-nursing was an ongoing diploma in nursing student at the point of her death.

Wendy’s boyfriend Alphonce Nyamwaya told The Nation that she drowned in a private premise swimming pool.

His statement cleared the air on the possibility of a person drowning in a public pool and their body lying undiscovered for up to 3 hours.

“I was preparing myself for the afternoon shift when she gave me a video call. She told me she was headed to the swimming pool to relax after completing her morning shift. She inquired whether I had eaten before we said goodbye to each other.”

Wendy’s lover could not hide the devastation of losing a sweetheart.

Wendy’s father Mr Kiyondi spoke to The Nation about the plight of poverty in his family of 6 children.

He recalls educating the deceased Wendy with meagre proceeds of his full-time job as peasant maize and sugarcane farmer.

Mr Kiyondi who doubles up as a small-scale trader at Suneka Market was both excited and traumatized on receiving the good news of his daughter travelling to Canada.

Determined to support the dream of his first-born daughter, Kiyondi used all his resources to afford her travel ticket.

On top of that, he took multiple loans knowing it was all for a good course.

Her death comes within 5 years of staying in Canada.

“I saw a clip on the phone and I opened it. I saw it was my daughter swimming excitedly. I did not see anything unusual…She was just swimming, talking to the camera, and she looked very happy. However, I saw people writing sorrowful comments, and I did not understand why they were saying bad news, yet she was just swimming.”

It is until later he learns about the death of his daughter through Canadian friends.

Mr Kiyondi maintains that Wendy did not predict her death as the rumour suggests.

“I hear some people claiming she had said on WhatsApp that she would soon die in Canada. As her father, she never shared with me any information that suggested she was in distress or any form of trouble.

Mike Sonko is among high-profile Kenyans who took the hearsay out of control.

“The power of a tongue…Premonition? Hellen Wendy Nyabuto had a prognostication of her death before the swimming pool accident.

In a leaked Whatsapp chat with a relative, Hellen says;

Her body was retrieved and is lying at a mortuary in Toronto awaiting a postmortem to determine what transpired.

Relatives say the body of the Canadian-based nurse will be flown to Nairobi after the autopsy. R.I.P Wendy.”

A majority of users on Sonko’s timeline differed with the candidate governor.

Wendy leaves behind her father, mother, 2 brothers, and 3 sisters.

Hellen Wendy drowning video is trending amid burial arrangements even as family and friends plead for help from well-wishers.