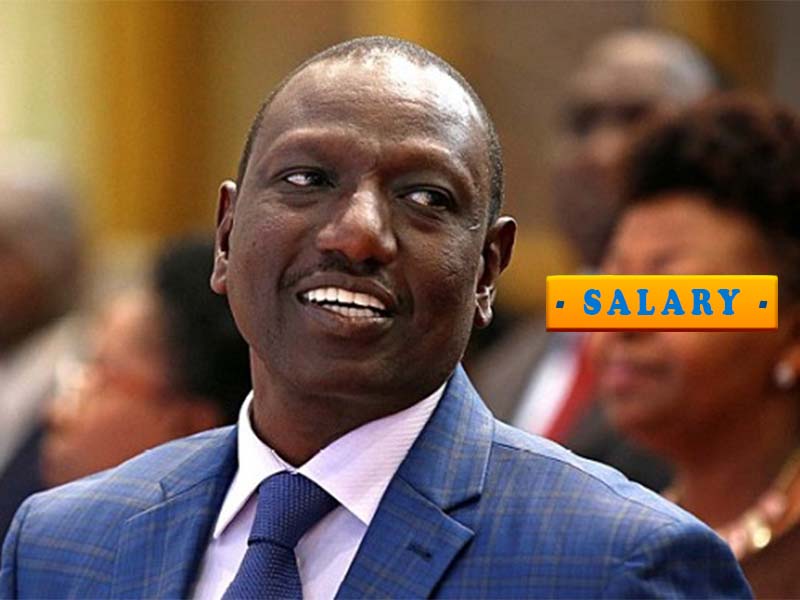 The Kenyan Head of State with ceiling-high monthly earnings.is among the highest-paid politicians in the world. We look at President William Ruto salary and additional income from private investments.

Chief Hustler assumed State House as Commander in Chief on September 13, 2022. He has since been banking a great deal from his highly demanding job.

How much does William Ruto earn? President William Samoei Ruto earns a gross salary of Ksh 1.44 million per month. His remuneration includes a basic salary of Ksh 866,250, a house allowance of Ksh 350,000 and a salary market adjustment of Ksh 227,500.

The staggering amount does not include other six-figure allowances and multi-million benefits reserved for the highest office in the land.

Salaries and Remuneration Committee records indicate that Ruto is taking home at least Ksh. 2 million a month. Surprisingly, nearby states pay their presidents way below a million.

Elsewhere, the proceeds of President Uhuru Kenyatta were estimated at Ksh 1,926,805 per month.

Data Insider records confirm that the retired head of government used to pocket Ksh. 23 million in annual salaries. During his tenure, Uhuru enlisted alongside other well-paid African presidents.

Ruto is no doubt the fourth highest-paid Head of State in Africa, a position previously held by the now-retired Uhuru Kenyatta.

Presidential pay slip data fetched from May 2022 compares as follows;

According to the Presidential Retirement Benefits Act, retired presidents’ salary in Kenya is equivalent to 80 per cent of their regular earnings.

That is to say that Uhuru Kenyatta is currently pocketing Ksh. 1.2 million every month. The amount does not include a fleet of luxury cars and other conveniences amounting to several million a month.

Ruto succeeded Uhuru with the following portfolio, he can only become richer.

The UDA boss is indeed a serial investor with tens of publicly known firms.

President William Ruto Salary is a conversation starter even as the country continues to experience severe pay slip inequalities in both formal and informal sectors.