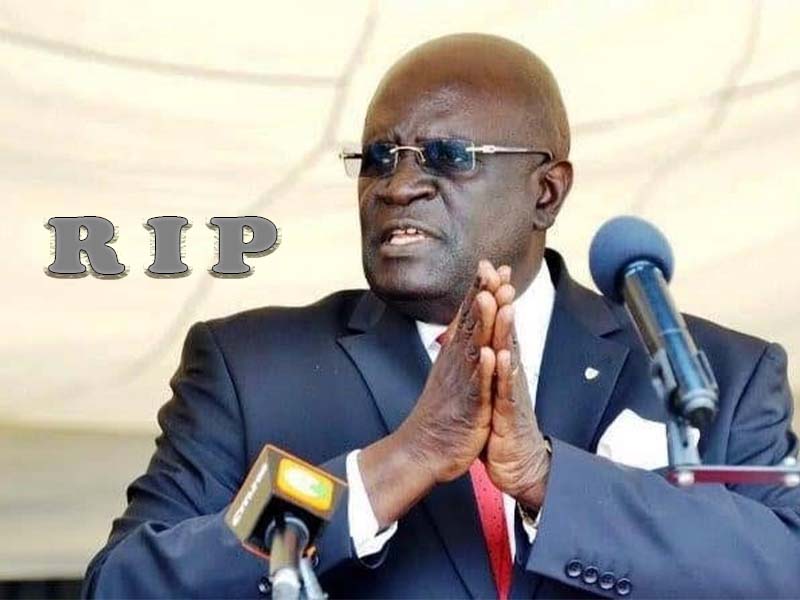 The late George Albert Omore Magoha with a 91-page curriculum Vitae is a well-known Professor from Kisumu County. The fallen surgeon lives on a legend with the legacy of a distinguished administrator and staunch academician. Prof Magoha Cause of Death and biography share his little-known life story.

George Magoha cause of death & biography

Professor Magoha attended the University of Lagos in Nigeria for a Bachelor’s Degree in Medicine. Thereafter, he joined Lagos University Teaching Hospital where he specialised in surgery.

Then again, Professor Magoha studied Urology at the University College Ibadan. He also attended the Royal College of surgeons, in Dublin Ireland.

He also attained a Royal Postgraduate in Medical School of Hammersmith Hospital, London.

Professional honours and awards for Magoha include (MBS) ‘Moran’s of the Burning spear ‘and ‘Elder of the burning spear.’ (EBS).

Worked closely with the Department of Urology in London. Professor also trained in executive management at Stanford University, graduate school of business.

Professor Magoha started his career as an intern surgeon at Lagos University Teaching Hospitals. Soon after, he rose to the position of senior resident and clinical lecturer in surgery.

Professor Magoha went on to serve as a consultant surgeon in various leading hospitals in Nigeria, especially the Capital City of Lagos.

In 1998, Magoha joined the University of Nairobi as a lecturer in Urological surgery. A year later, he became chairman of the academic department.

On top of that, he became the Dean of Medicine School and the chief principal of the college of health science.

Hard work eventually earned him the status of deputy vice chancellor of the Administration and Finance Departments at UoN.

Other posts include chairman of the Kenya National Examination Council. In 2019, President Uhuru Kenyatta appointed Magoha to replace Amina Mohammed as an Education Cabinet Secretary.

Prof Magoha and his wife Odudu Barbara were blessed with one child, Michael Magoha now a career neurosurgeon.

Prof George Magoha cause of death is a mystery in Gem sub-county because it happened even as Umiru, Yala, and Ahono Ratudi villagers were planning to bury his brother Alex.