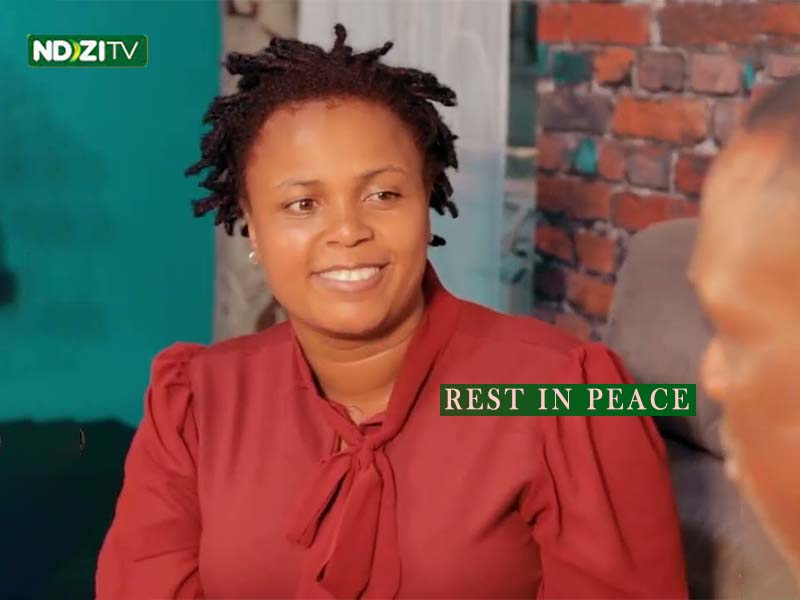 Fresh memories of shared moments with actress Faith are still wrecking hearts. Various tribute videos affirm that she was not only talented but also a good friend to many. For that reason, remembering Actress Faith of Ndizi TV is both painful and heartening.

The untold life story of Actress Risper, real names Faith Nyanchama, is finally out. Tens who eulogised on camera revolve around her charming nature and punctuality on the set.

The burial of Actress Faith on February 16th, 2022, was mainly organised by a committee of Gusii celebrities.

She was laid to rest on Wednesday at her ancestral home in Kiomoso Village near Kegati Market following days of candle lighting, fundraisers, and acclamations.

Showers of tributes from Gusii celebrities

To start with, Actress Sabiri described Faith as a hardworking lady who made friends out of her natural psyche.

On his side, Papa Antivirus urged viewers to do good as much as Actress Faith did in her lifetime.

Then came Osoro the Actor describing her as a beautiful lady who always stirred a good mood in everyone.

Nyamora and Bridget Kerubo of Inka TV remembered Faith for being a nice girl with a ready smile and a gentle soul.

Also on the list of Gusii celebrities who expressed sadness over the passing of Faith are Nyomenda, Kevin Mochache, Calvin, MC Ogatwani, Actress Leocaster Bosibori, and Actor Charles Kiage (Otwori).

Supporters have equally been remembering actress Faith on various social media platforms. A bundle of their comforting messages testify of her undying influence.