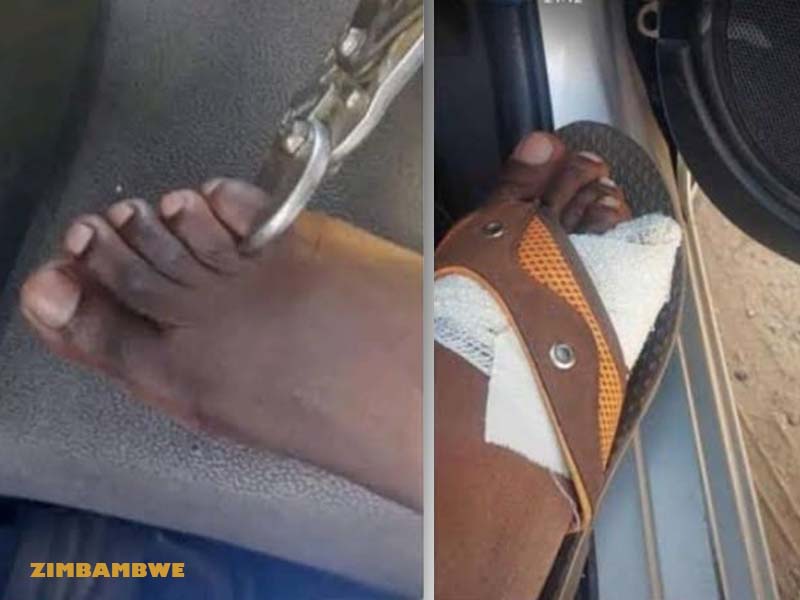 Imagine parting with any of your 10 toes just to beat the odds of poverty in a peaking economic crisis. Such a heartbreaking scenario is what the citizens of Zimbabwe are enduring. Recent BBC reports focus on the reality around Zimbabwe toes cutting business.

Turmoil – a gallery of pictures, memes, and jokes circulating on social media pinpoints a worsening economic situation in Zimbabwe. The incumbent president Emmerson Mnangagwa is yet to redeem the Gold endowed nation from severe inflation that rocked Robert Mugabe’s regime.

It is painful to imagine poverty-stricken people lining up to lose their toes in exchange for basic needs; food, shelter, and clothing.

Such a terrible incidence of mutilation comes at a time when most African states are gambling to end money rituals targeting body parts of interest.

The unfounded story of people selling their toes for a huge amount of money continues to stir social ripples across the world.

At first, the “toe story” went viral in Zimbabwe and later Nigeria amid claims the serial business is ongoing in Harare Capital.

Sources say the cost of toes in Zimbabwe varies greatly depending on their size.

A confidential price list quoted on Yahoo News and BBC headlines is as follows;

Further reports indicate that traditional healers crossing the border from South Africa in search of human toes can pay higher.

Toes for sale in Zimbabwe? Gambakwe blog post titled “Trade in Toes” allege that the business is full-blown within Ximex Mall in Harare City.

The local media industry has since been accused of not giving the news deserved attention.

In the video, the traders defended themselves saying the story was initially shared as a joke before it was picked out of proportion by malicious reporters.

What is even more surprising is the number of people who have since visited Ximex Mall seeking to lose their feet for quick cash.

Apart from a few critics, a majority of those following the hashtag #Chigunwe on Twitter have openly made a joke or two about $400,000 for all their toes.

What are toes used for in Zimbabwe? So far, the reason and use of chopped toes are clouted with several conspiracies.

Zimbabwe toe cutting business continues to wreck hearts with a nervous touch on how far people can go for the sake of a few bucks. Reliable findings say it is a form of witchcraft directly controlled by wealth thirsty charlatans and fake healers.