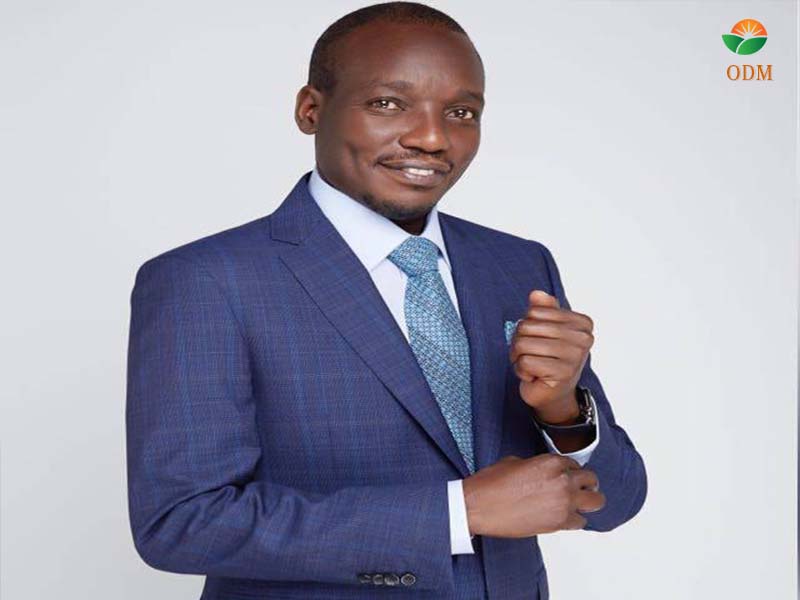 Dagoretti North MP Paul Simba Arati is the most promising candidate governor Kisii County in the 2022 general elections. So far, he is the most influential with several political advantages to his side. The reasons why aspirant governor Simba Arati is more likely to unseat Ongwae are no longer a secret.

The upcoming gubernatorial race has attracted at least 14 candidates for the position of governor Kisii County. These numbers suggest a stiff competition marked with heated campaigns. Sure enough, only those with a good track record and realistic manifesto will remain fighting to the ballot day.

Like him or hate him, Hon Simba Arati is confident on facing his gubernatorial opponents in a fair and free election.

Popular opinions have these to say about why he is the most preferred successor of the incumbent Kisii Governor, James Omariba Ongwae.

1. Simba Arati is an ODM Party insider next to Raila Odinga

The advantage is not ignorable because Raila Odinga is a political kingpin in Kisii County.

Notably, members running on the ODM Party ticket have a history of claiming all top posts within the Kisii County government.

Only time will tell if the governor hopeful will maintain the winning legacy, previously enjoyed by NASA affiliates.

For this reason, Arati will certainly roll out more intense campaigns with a far reaching effect compared to the experienced opponents from years ago.

4. A clean leadership is a weaponry enough against corrupt contestants

Apart from fighting in public, Simba Arati has successful managed to maintain his name clean and away from the long list of corrupt leaders.

Hon Simba Arati is among few Kenyan politicians who are yet to cross lines with DCI and DPP authorities.

You could say that the Abagusii people of Kisii County can trust Arati with their public resources.

5. Arati is a powerful man with tough eyes on matters governance

Simba Arati is widely respected for his intolerance to bad governance and less progressive ideas.

He is particularly a political threat because he is never afraid of speaking his mind even on sensitive issues.

Arati has consistently demonstrated high levels of boldness at public rallies and crucial meetings among other forums.

6. Arati is a proud Gusii politician with deep roots in Kisii County

Travelling the world in search of an education has did not distance Arati from his Kisii tribesmen.

He is lately a member of parliament in Dagoretti North now throwing a wishful eye on the gubernatorial seat.

The fact that Arati has always maintained a close eye on the welfare of his people credits him a potential successor of Ongwae.

7. Aspirant governor Simba Arati is a man of the people at heart

Arati never misses an opportunity to inspire his people through his miraculous success from a vegetable vendor to a legislature in the National Assembly of Kenya.

More so, the MP is keen in educating the youths on self-reliance and women on their role in building a cohesive society.

On top of that, Hon Arati frequently joins his larger Kisii family on special holidays such as New Year and Christmas with gifts for the less fortunate in society.

8. A manifesto with strong development agenda for Kisii County

Governor James Ongwae has done a good job amid criticism of creating an enabling environment for corruption.

That is why the county needs a no nonsense successor to continue the good work of Ongwae and weed out alleged corruption in the local government.

Aspirant governor Simba Arati comes into the picture for his admirable leadership style and vision.

So that we are on the same page, Arati has already completed several infrastructural projects at Dagoretti.

Back home, he has empowered the people with better housing. Also, his contributions to the motorbike fraternity is not reducible.

Besides, Arati’s financial and seedling support continues to attract exceeding love from banana and avocado farmers.

Hon Simba Arati from the largest constituency in the region and has even greater influence in Nyaribari Chache Constituency with the highest population density.

Many admire his confidence, calmness in speech, and rare expressions filled with the spirit of a warrior.

Indeed, the controversial fist fight against MP Silvanus Osoro ended with one vote down and three up in favour of Arati.

MP Arati has since reunited with MP Osoro, but some sources still insist that Arati only acted in line with acceptable self-defence instincts.

Honourable Paul Simba Arati remains a hero in every village within Kisii County and beyond.

10. Aspirant governor Simba Arati is a strategist with an eagles’ eye in politics

It is interesting how Simba Arati defeated the rest to become a parliamentarian for Dagoretti North Constituency.

Firstly, Arati is a strategist with youthful energy and experience beyond his age.

Dagoretti North MP, now candidate governor Kisii County, has the highest chances of replacing Ongwae come 2022. The reputation and manifesto of aspirant governor Simba Arati are already acceptable but that is just the beginning of his quest in the gubernatorial race.