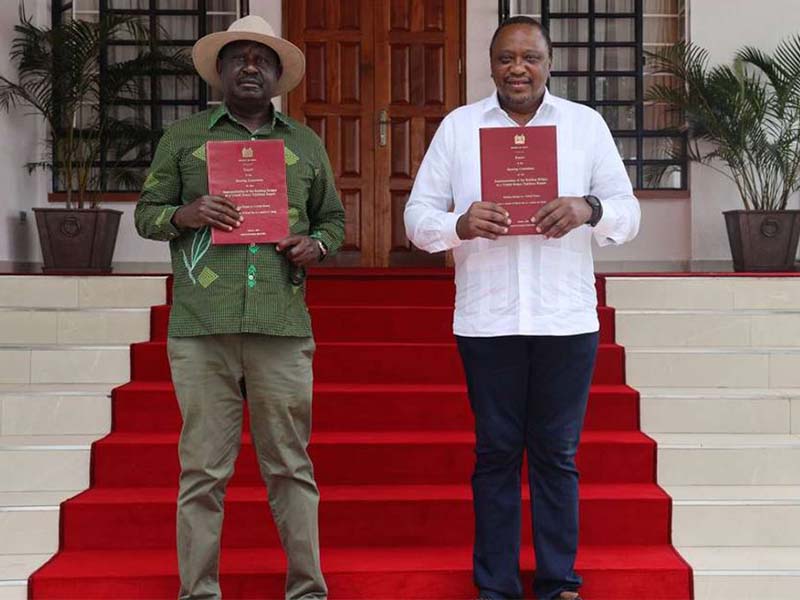 The Building Bridges Initiative-BBI Report Kenya has come a long way amid support and opposition. Unfortunately, many Kenyans are yet to read its content even as a possible multi-billion BBI referendum comes knocking. Stay informed with all important highlights in the much-publicized BBI Report summary.

The former Prime Minister Raila Odinga and His Excellence President Uhuru Kenyatta have consistently stood out in the BBI brigade. The two are seeking to crown their 2018 handshake with a constitutional reform through their BBI Report proposals.

What is BBI all about in Kenya?

It is now in the public domain that most of those who have been glorifying or pinning down BBI are missing its details. So far, it is clear that many Kenyans lack in-depth knowledge of the report.

Recent BBI Report highlights have drawn in more supporters even as a majorly remain at a standoff. Even so, beware of fake BBI Report Kenya pdfs circulating on social media.

October 21, 2020 was a great day for the pro BBI allies. It is on this day that President Uhuru and his counterpart Raila Odinga received the final copy of BBI Report.

The two received a complete copy of this report at the Kisii State Lodge, a day after the 2020 Mashujaa Celebrations.

Launching BBI at the Bomas of Kenya

Sources have confirmed that the head of state and the former Prime Minister will launch the long awaited BBI Report on Monday (October 26, 2020) at the Bomas of Kenya.

The handshake trip that started in 2018 is ongoing even as the country waits to pick up the BBI Report or drop it altogether.

What’s in the BBI report? The report has proposed different changes relating to the judiciary, parliament, and the Independent Electoral and Boundaries Commission.

What is contained in the BBI Report?

The BBI report contents are now spilling fast behind the slogan nobody can stop reggae. Finally, the analysis of the BBI Report Kenya has it all.

i. BBI Report on the prime minister

ii. Proposals on the parliament

iii. Proposals on the judiciary

iv. Proposals on IEBC and petitions

Remember that it is up to every Kenyan to decide if BBI Report is useful in their lives or not.

Meanwhile, other notable BBI Report highlights include the following.

The BBI portal has made available all the proposed constitutional changes captured in the BBI Report. Kenyans can now freely download the BBI Report today in printable PDF format.

Furthermore, the Jisomee #BBIReport initiative aims to make available this 204-page document to every Kenyan.

Go head and download the BBI bill pdf document to make sure you get all the facts before the referendum.

Various BBI report highlights and proposals have sparked mixed reactions among Kenyans. For this reason, BBI civic education is necessary to bring everyone up to speed with the new reggae beats in town.

Besides the BBI report pdf download free download, there is an android application to make your reading easier and more comfortable.

The BBI Report summary exposes the true image of what Kenyans should expect from the proposed constitutional reforms. Most importantly, get yourself a full copy of all the facts you must know before supporting or opposing the BBI Report.