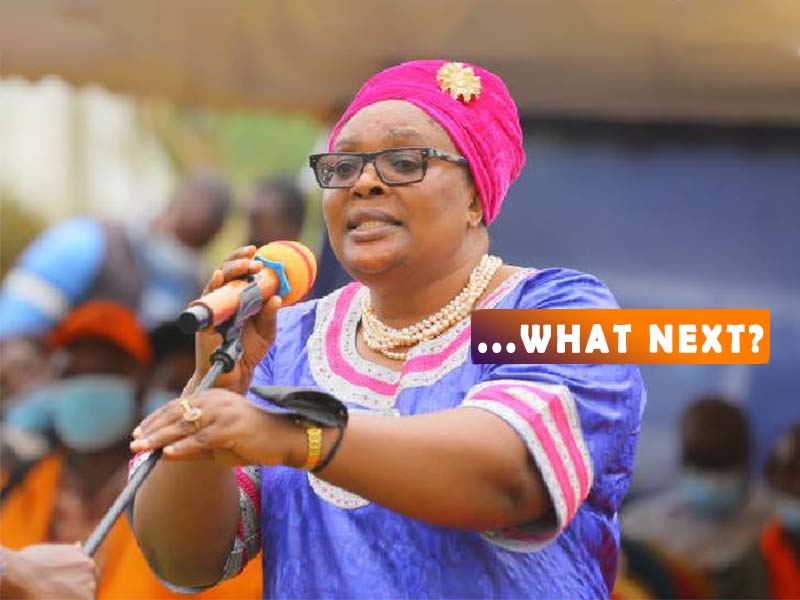 The rising number of Kisii County Women Rep candidates is particularly stressing to the incumbent Janet Ongera. She is seeming indecisive following a sudden bouncing from the gubernatorial race.

15 have already shown interest in the Kisii Woman Representative seat. As a result, Janet Ongera’s fate remains in the balance amid fierce competition from closest opponents such as Donya Toto.

Janet Ongera allegedly ceased from the gubernatorial race because of what she described as toxic masculinity.

Like her counterpart Rachel Otundo, Mrs Ong’era is openly displeased with the place of women in Kisii County politics.

Raila’s recent Kisii tour at the Kisii Sports Club ended with Janet Ongera on the headlines for all the wrong reasons.

She had this to say in the middle of a screaming audience.

Her demeaning sentiments translate: “You uncircumcised boys, I know you have been hired to cause chaos, shut up so that I can speak.”

His trending statement translates: “Before I speak, leave alone all the noisy frogs in a river.”

Meanwhile, the enraged Women Rep Janet Ongera and Governor Amos Nyaribo are yet to apologise for abusing their tribesmen in the presence of national dignitaries.

Aspirant Women Representative in Kisii County include the following;

A lack of confidence in Kisii County voters to consider a female candidate is reportedly the reason why Mrs Ongera is drumming for her re-election.

The future of Janet Ongera’s politics is not certain; given that she is no longer enjoying enough support. Lately to blame are her abuses and mostly insensitive utterances.