Trending » Hacks » 10 Surprising Taboos in Kisii Community, List Of All the Forbidden Things among Abagusii People

10 Surprising Taboos in Kisii Community, List Of All the Forbidden Things among Abagusii People 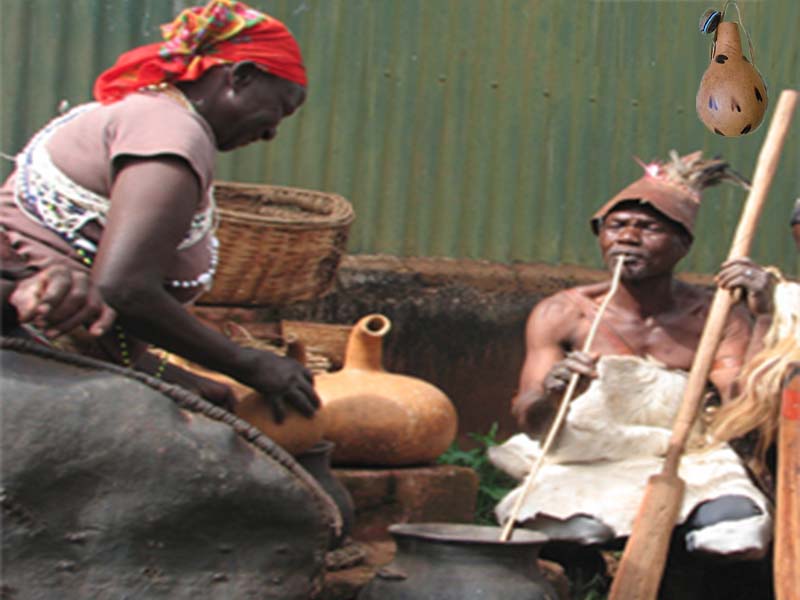 African culture and traditions from centuries ago are still alive today because of their unceasing heritage. Among these are taboos in Kisii community to the western parts of Kenya. We are about to discover why these timeless customs and rituals are still letters of wisdom to the millennials.

It is exciting how the Kisii tribe with a population of at about 2 million has survived its traditions amid rapid modernisation. Residents born before the 21st century are particularly strict with various customs and traditions of the Kisii people.

What is considered a taboo in the Kisii community? The rules of shames also called Chinsoni have long been a guiding principle on the way of life in Kisii and Nyamira Counties.

1. Circumcised boys going into the bedroom of their parents

Circumcision in Kisii community is a necessary rite of passage among the boys. With it comes several privileges and limitations as one advances to manhood.

For instance, circumcision marks an end to a boy walking into or looking to the master bedroom of their parents.

Similarly, boys should not go into the bedroom of their sisters after undergoing a cut.

Limiting mature men on the places they can visit after circumcision seeks to instil a sense of respect for those around them, especially close relatives.

2. Mothers setting feet and dining in their married daughters’ houses

It is a tribal offense for mothers to enter the houses of her married daughters. Similarly, they should not eat a chicken or bean serving at their daughter’s home.

Furthermore, it is a demonstration of corrupt behaviour that compares to seeing her nakedness.

The unwritten laws of this taboo, describe these unnecessary visits to a married daughter’s home as disrespectful.

3. Father going into their son’s house – taboos in Kisii community

The Kisii culture and traditions bars fathers from setting their feet in their son’s houses. The interpretation of this taboo pegs on the cultivation of respect.

The old folks believed that fathers who entered the houses of their sons were no better that those going to bed with their daughters in laws.

Most importantly, the taboo sought to lessen the interference of fathers in the lives of their sons, while at the same time promoting their independence.

4. Men visiting their mothers in law far too often

Visiting a mother-in-law all the time is unacceptable in Gusii land for reasons that many locals still agree with to this day.

Also, Kisii men are traditionally forbidden from greeting a mother-in-law by hand.

A married man should focus on his wife and only visit her mother once in a while. More so, in situations such as sicknesses and funerals.

According to this taboo, it is disrespectful to the family for a man who keeps knocking at the home of his in-laws without clear intentions.

Wearing tight clothing such as trousers which reveal every curve is a taboo among the Kisii people.

Wearing a trouser is majorly a wrongdoing in front of a parent, more commonly a father.

Unlike traditional family heads, modern dads are no longer bothered with their daughters wearing what they please.

A taboo against women wearing trousers sought to prevent stimulated sexual desires, especially in the circles of close relatives.

Kisii women are excluded from climbing trees and thatching grass and straws on roof tops.

Traditionally, women only relied on men to harvest fruits such as Guavas, loquats, and avocados for their consumptions.

The norm has since disappeared in our generation where barriers of gender related tasks have been smashed.

An example of this is a gizzard which was traditionally reserved for men in the patriarchal order.

The gizzard was so precious in ancient days that no head of the family would start to eat chicken if it was missing.

8. Disrespecting elders, last wishes of the dead, and ancestors

The people of Kisii ethnicity esteem their elders with a characteristic allegiance to their wishes.

The tribesmen believe that their words are a permanent source of blessings or curses. Therefore, their wishes are almost always a final say.

That is perhaps why Kisii ancestors are still venerated, without question on their last wishes and directions.

According to this taboo, young people were not allowed to sit, laugh, or even display romantic affections in the presence of an elderly person; all for the sake of respect.

9. A pregnant woman setting eyes on the dead – taboos in Kisii community

Ancient Kisii people valued childbearing and maintained great significance on the gift of a womb.

One of the most striking belief on pregnant women is that their graves were open until after a safe delivery.

As a result, an expectant couple was excluded from participating in funeral arrangements for the dead.

Firstly, a man whose wife was pregnant was not allowed to participate in digging the grave.

Secondly, a pregnant woman was not allowed to look at the casket or the dead therein.

Above all, the unborn and those who had passed away were separated with a thick wall of taboos.

Gusii initiation ceremony was governed with a set of cultural rules purposed to create a man out of a boy.

Going to the river at the cold of dawn and facing a blunt knife amid screams and bloodshed, for appeasing the ancestors, confirms it all.

Earlier practises warned freshly circumcised young men against facing their mother for weeks and in some cases months.

Meanwhile, seclusion in the house of an unmarried “Esaiga” was a school for manhood.

A celebration marked with Echae Ya Morero song, meaning hot tea, brought tribesmen together in a special occasion of drinking and eating.

Making sense of traditions and taboos in Kisii community

Historical records have confirmed that Omogusii was a skilled farmer, tactical trader, and undefeated warrior with a burning desire to conquer new territories.

Various taboos would develop to cultivate good morals and sustain tribal unity, which was key in defeating hostile neighbours.

Those who went against these binding tribal rules often earned shame, rejection, and a series of curses.

Only spiritual intervention would free one from these heavy weight curses of the old, and reunite them with loved ones.

Taboos in Kisii community remain a basis of most cultural and traditional beliefs. While some of these ancestral wisdom is not applicable today, most taboos will forever remain superior against western civilisation, for a morally upright society.