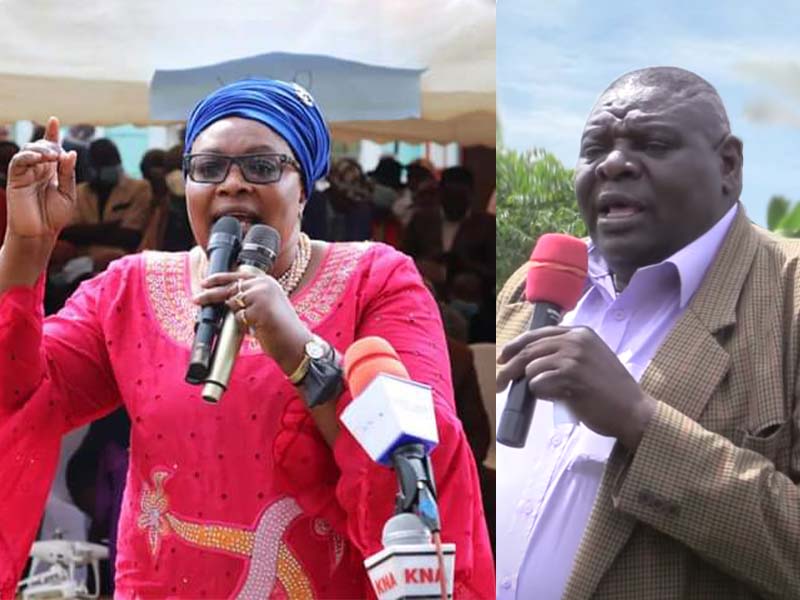 Ladies in Kisii and Nyamira Counties continue to suffer gender-based discrimination in competitive politics. That is mostly because the status of Women in Kisii Politics is culturally weakened. A recent incident of MCA Mrefu bashing Janet Ongera from the gubernatorial race prints a clearer picture of male dominance in the region.

Besides making the best wives, most Kisii women are born leaders in a patriarchal system. As a result, they never get a chance to occupy top seats in county and national politics.

The plight of Women in Kisii Politics

The Gusii society seems to have no use for women in leadership apart from campaigning and queuing to cast ballots for men of power.

The entertaining Mrefu picked a fight with Janet Ong’era following an interjecting mention of her name.

The furious Mrefu ended up revealing the status of women in Kisii politics.

His Ekegusii sentiment means that Janet Ong’era has no votes. Therefore, she had better join DG Maangi for consideration in the position of a Women Representative.

Then came a moment of dirty blows against her female gender.

His speech meant that Janet Ong’era is wasting time because a woman cannot become governor in Kisii County.

Is time not ripe for a woman governor?

Mrefu who seemed to enjoy a delicate conversation on gender eventually cleaned himself as a messenger of truth.

He went on to cover himself with yet another foreplay reasoning.

In the Kisii statement, Mrefu reasons that if a woman becomes governor, the notorious MCAs of the Kisii Assembly may end up locking her out of office.

Janet Ong’era and Rachel Otundo are by far the only two female candidates against nine males in Ongwae’s succession race.

The place of youths and women in Kisii politics is still crowded with retired male politicians from decades ago. Their experience in manipulating local politics remains a threat to the upcoming generation of visionary leaders.