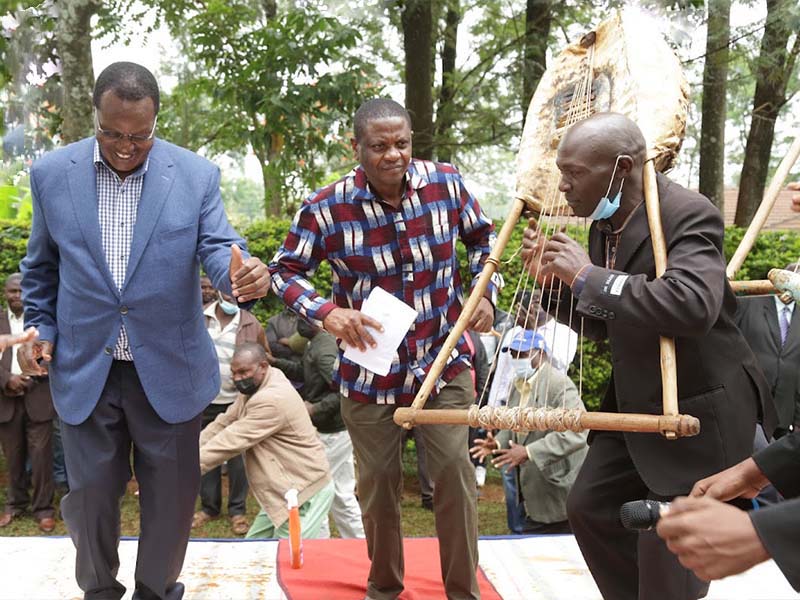 The former Transport Chief Administrative Secretary and now aspirant Governor Chris Obure is fighting to replace Ongwae. Even so, the outcome of his political quest relies on primary factors such as age, experience, and prominence.

Christopher Obure is among several other government officials who have stepped down to seek elective office. Notable resignations for gubernatorial seats include Charles Keter of Kericho County, John Munyes of Turkana County, and Asan Mohammed of Mandera County.

Obure who recently gave up his role as CAS will face Simba Arati, DG Joash Maangi, and Prof Sam Ongeri in the scramble for the precious ODM Party Ticket.

Meanwhile, Obure has appointed the long-serving financial expert, William Mbaka, into the position of a running mate.

“I have known Mbaka for long. He has served the government in various ministries and I have never heard his name being mentioned adversely. Mbaka is an honest, respected and trustworthy person whom we can work with.”

Obure from Bobasi Constituency picked Mbaka from Kitutu Chache South in the hope of coming up with a winning team.

Asked about age, Obure had this to say

“Age comes with experience. I have a wealth of experience and networks which will come in handy if I’m elected. Kisii needs an experienced hand.”