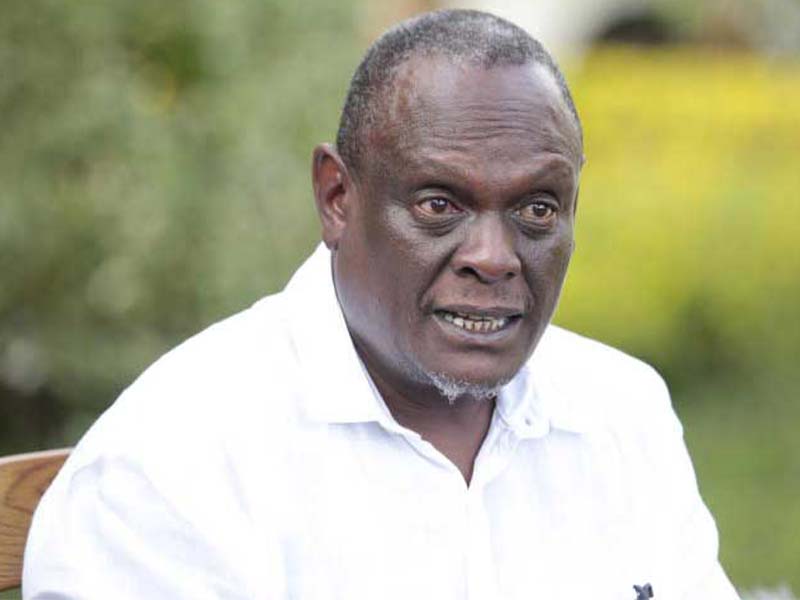 David Murathe is a Kenyan politician and successful businessperson, now a right hand man in the circles of Uhuru Kenyatta. Besides, he is a restless critic of DP William Ruto’s presidential candidacy. David Murathe biography tells us more on his age, CV, family, wealth, and career in politics.

The notorious David Murathe is not only a Jubilee Party vice chairman, but also an insider in the government of Kenya. For this reason, Murathe is often in the middle of a widening rift between President Uhuru Kenyatta and his deputy William Ruto. The life story of former Gatanga legislature hoes on.

David Wakairu Murathe is famous for serving as Gatanga Member of Parliament starting 1997, and now Vice Chairperson in the ruling Jubilee Party.

Who is David Murathe? The controversial David Murathe is a political big wig, never afraid of speaking his mind even on sensitive matters.

His renewed political interests and close nest relationship with Uhuru Kenyatta are why he has been trending lately.

How old is David Murathe?

Notably, Murathe is within the same age group with other renowned politicians such as Uhuru Kenyatta and Wycliffe Musalia Mudavadi.

Murathe is a former student of St. Mary’s School. He completed his high school studies from Nairobi school.

The academically talented David Murathe attended the University of Nairobi for a degree in political science.

David Murathe Wikipedia records indicate that his name was implicated in the attempted coup of 1982.

Murathe is husband to Mrs Faith Murathe and a father of two beautiful daughters and hunk son.

On the other hand, David Murathe son Wakairu Murathe is about 30 years old, considering he was born in 1992.

Wakairu is a graduate from Marbella International University in Spain.

Murathe’s son is now owner of Vijana Amkeni NGO which seeks to mobilize and equip Kenyan youths with necessary skills.

Profession and career history of Murathe

Wakairu David Murathe rose to become a prominent student politician while still a student at UoN.

While still a student, Murathe was arrested for allegedly taking part in the failed coup attempt of 1982.

In 1997, Murathe defeated SK Macharia to become Gatanga Member of Parliament in the national assembly of Kenya.

Murathe lost the MP seat in 2002 but has since remained within the government for his comradeship with Uhuru Kenyatta.

David Murathe wealth and net worth

Murathe is a billionaire with huge stakes in high end business dealings. He is a resident of the leafy Garden Estate with Nairobi City County.

With this flashy net worth is an admirable asset portfolio of properties, houses, and expensive cars under the empire of Murathe.

David Murathe biography is particular of interest to many because of his special position within the ruling Jubilee Party. His no nonsense national television speeches and controversies are equally moving.