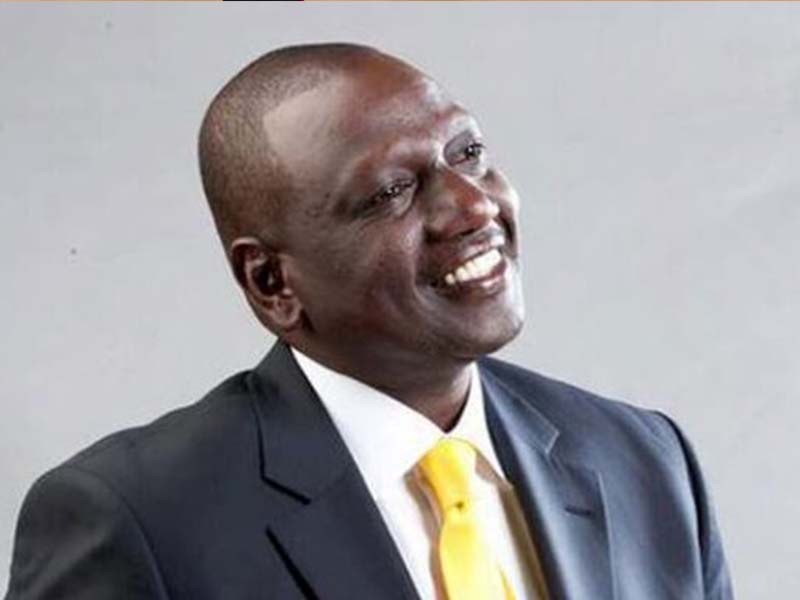 Deputy President William Ruto is a powerful Kenyan politician and tycoon businessman. He is an admiral with a touching life story of a hustler turned billionaire. Dr William Ruto biography speaks about his unceasing wealth, family, and leadership in UDA Party.

Ruto is a man of tact in politics and a serial investor to watch closely. The amount he donates in religious and community-based projects says more about his deep pockets.

The high profile man from Rift Valley is an academician and a fluent public speaker.

Most importantly, he is a happily married man and a responsible father of seven.

His birthday is often a cake cutting day with celebrations among supporters.

Where does William Ruto come from? He comes from Sambut Village in Kamagut, Uasin Gishu County. He is of a Kalenjin Tribe from the Rift Valley parts of Kenya.

Is William Ruto a Nandi or Kipsigis? The hustler nation kingpin is of Kipsigis origin. He comes from the Komosi clan, Sigowet-Soin.

Ruto started schooling at Kerotet Primary School from where he excelled in the Certificate of Primary Education, 1982.

William Ruto received admission to the University of Nairobi. In 1990, he received his BSc—degree in Botany and Zoology from the university.

He graduated in 2011 with an MSc in Plant Ecology and later a PhD from the University of Nairobi.

Then came the precious doctoral title on December 21, 2018.

Ruto met his political godfather and former president, the late Daniel Arap Moi, through his activeness in church activities.

In the end, YK’92 was banned for promoting hooliganism, ethnic violence, and money laundering through expensive campaigns.

Ruto won against Reuben Chesire in the 1997 Kenyan General Election. The victory brought him even closer to the government.

As a result, President Moi appointed Ruto the Director of Elections in the KANU party.

In 2002, Ruto rallied behind Uhuru Kenyatta. He ended up a minister of Home Affair in the Kibaki Regime.

Ruto became KANU’s secretary-general in 2005 while Uhuru served as its chair.

In the same year, Kenya held a dividing constitutional referendum for which KANU had no goodwill.

The referendum sprung into a vibrant political party headed by Raila Odinga. In 2006, Ruto declared interest in becoming president.

KANU stakeholders such as Moi moved in quickly against Ruto’s interest in the presidency.

Ruto sought the ODM party nomination ahead of the 2007 General Elections.

Unfortunately, Ruto lost to Raila Amollo Odinga. He resigned from KANU for his new home in ODM.

Ruto served under President Kibaki and Prime Minister Raila Odinga as a Minister of Agriculture and thereafter Higher Education.

In 2008, he became a Member of Parliament in Eldoret North Constituency.

Ruto of the United Republic Party (URP) joined with Uhuru Kenyatta of The National Alliance Party (TNA) to form the Jubilee Alliance Party.

JAP successfully took part in the 2013 General Elections amid the ICC charges at The Hague.

President Uhuru and DP Ruto were among the Kenyans convicted at the ICC for alleged involvement in the 2007 post-election violence.

Ruto is the son of Sarah Cheruiyot and Daniel Cheruiyot. His parents were peasant farmers in his childhood and middle years.

Ruto met Rachel Chebet in 1991 and lived with her at Dagoretti South in the early years of their relationship.

Rachel was formerly a teacher before she gave up her dreams to focus on her marriage.

She is lately notorious for her involvement in religious matters and women empowerment courses.

Ruto and Rachael have seven children together, including the adopted Nadia. William Ruto daughters and sons include;

The seven are a treasure in the hustler’s empire, with Nick Ruto as the firstborn son.

Ruto’s net worth is valued at Ksh. 40 billion, with most of the wealth streaming from seven-figure salary and investment returns.

Get in touch with your deputy president.

DP William Ruto biography portrays him as a notable political figure with millions of voters and an admirable family by his side.