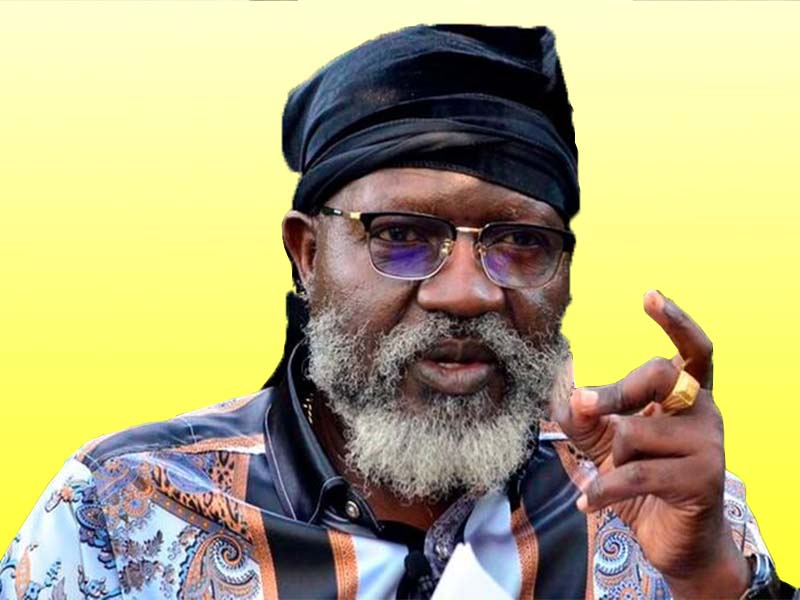 George Wajackoyah Manifesto Pdf 2022 is a conversation starter since declaring his presidential bid in February 2022. On the other hand, Kenyans awaiting the grand launch of his 12-point manifesto on the 2nd of July are awash with laughter.

A dozen of economic strategies tabled by the funniest presidential aspirant are terribly extreme. Even so, he remains steadfast amid steadily ballooning criticism from devout religious leaders.

After the Roots Party flag bearer is David Mwaure Waihiga of the Agano Party.

Let us get back to the impressive manifesto of Prof Wajackoyah!

1. Abolishing the constitution within 6 months of his presidency

The former street boy turned senior lawyer intends to run the country without the Constitution. He says that will abolish suppressive rulers.

In that regard, Wajackoyah has promised to knock out the constitution within six months of his presidency.

He had this to tell Ken Mijungu during a lengthy television interview on KTN News’ News Hour.

Asked how Kenya will run without a constitution, he said the following;

“We will enact legislation. The UK can’t propose any law in parliament before public participation as opposed to Kenya where leaders make an over 260-pages constitution and make laws to penalize Kenyans.”

It makes perfect sense why a section of excited Kenyans is over-praising Wajackoyah on social media.

For that reason, he intends to follow the example of Middle Eastern countries in dealing with the misuse of public resources.

“I will ask parliament to pass legislation and if possible to restore the death penalty. Just like what the Chinese have done, what Singapore has done, and if you are found guilty, you will be fired.”

“Death penalty is the only way; for the first five years of my time as president, I think these people should experience the hardships they have put Kenyans into; by looting the country without caring.”

At the climax of his interview surfaced a radical plan if sworn in as Commander in Chief.

“Fire them, kill two or three guys like they do in the Philippines. Muslims have the Sharia laws, they cut off their hands. He posed, are they wrong? It is titi for tat; Steal from Kenyans, die.”

Wajackoyah recently came out to defend his alleged “Bitter Truth” that most are not ready to embrace.

A call for bhang legislation in Kenya is what dove Wajackoyah’s presidential dreams into the limelight.

He is on record for suggesting that a few bags of bhang can offset the burdensome Chinese loan currently peaking at Ksh. 73.5 billion.

“The solution is growing marijuana, which will enable this country to pay outstanding debts. Have enough money for all Kenyans. And if one sack of marijuana is USD3.8 million, if you convert that into Kenyan currency, it is a lot of money… I’m just back from the United States and Canada during my research and trust me, there are so many companies willing to buy.”

On that basis, Wajackoyah intends to plant Marijuana along the iconic Nairobi Express Way.

The 63 years old professor with 17 degrees from world-class universities thinks that Kenya is headed in the wrong direction.

Additional proposals in Wajackoyah’s manifesto are as follows;

As we speak, IEBC has cleared 4 candidates including Wajackoyah and running mate Justina Wangui Wamae.

Professor George Wajackoyah Manifesto Pdf and videos of a recent launch confirm that he is a nearly serious player in Kenyan politics.