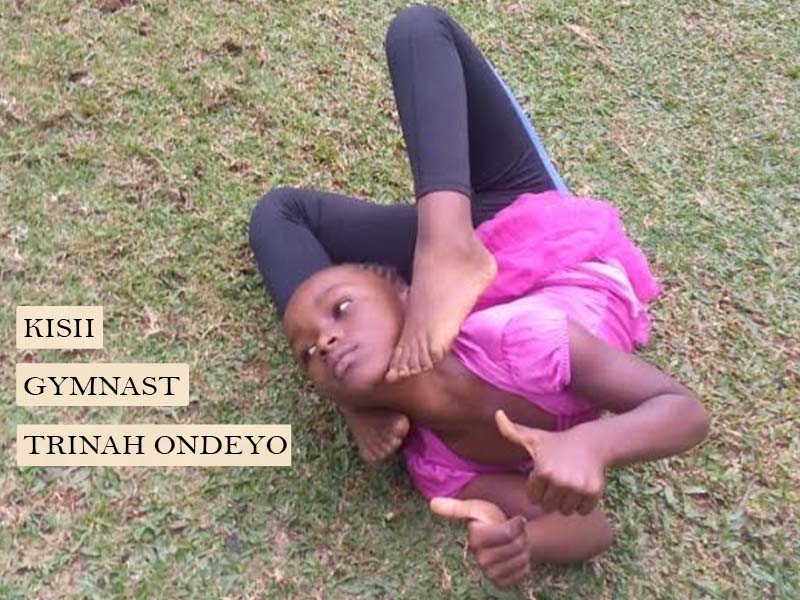 Gymnast Trinah Ondeyo was at first mistaken for witchcraft because of her rare gymnastics. At school, she would often land in trouble for causing noisy excitement among classmates. Trinah has since risen above initial rejection and is finally making big steps.

Six years old Trinah from Nyamarambe in Kisii County is a second born in a humble family of Mr Ondeyo. She is a look-alike of her jovial and supportive mother, Roseline. The mom admits worrying about her daughter before meeting a friend with knowledge in acrobatics.

Trinah started expressing her talent in 2019. At the time, she was only 3 years old without a proper understanding of her skill.

As a result, most of those who saw her physical agility blamed it on sorcery and witchcraft. Others concluded she was possessed and in need of urgent spiritual intervention.

Trinah who is now in grade one at the nearby George Ondieki Primary School is lately a centre of admiration.

A fast-growing fan base may soon reward Trinah with a breakthrough platform and eventually a grand entry into celebrity status.

Other talented acrobat kids are Grace Wanja from 2017 and Nyamira’s Leonah Kebaya from 2019.

Trinah Ondeyo Channel with about 1k subscribers has several videos of the young gymnast showing off her skills.

She has so far performed for Deputy President William Ruto and South Mugirango MP Silvanus Osoro among other top dignitaries.

She can only walk taller in the shoes of her American role model acrobat, Simone Biles.

Apart from acrobatics, Trinah is a dancer and singer. Some of her songs include “Nalia” and “Wakenya Tufanye Uchaguzi Kwa Amani.”

Gymnast Trinah Ondeyo is a young girl with endless possibilities. She is no doubt an America Got Talent material in the making.