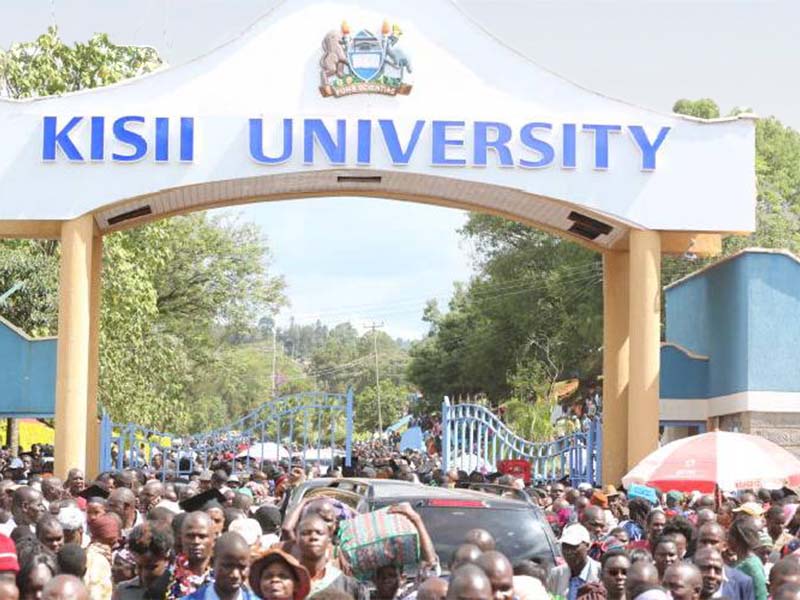 Kisii University is a Kenyan higher learning institution at the heart of Gusiiland in Nyanza. The institution owns a reputation of graduating competent professionals with dynamic skills. The influences of Kisii University as a social economic hub in the region are noteworthy.

The presence of Kisii University has not only made education more accessible in the region but also touched livelihoods. More specifically, the academic giant is changing the old face of Kisii Town into a sprawling metropolitan city.

Tribesmen and visitors have benefitted from Kisii University in the following 5 ways.

The recently opened ABSA Kisii branch is a testimony of how fast Kisii Town has expanded in the recent past.

While part of this overnight progress was occasioned by post election violence in Kenya 2007, Kisii University has played a bigger role in its sustenance.

Increased numbers of freshmen intake is pushing Kisii Town to its limits, creating new business opportunities in the process.

On top of that, small scale businesses including Mama Mboga vibandas and shops have mushroomed around student hostels.

These include Galilaya, Kisumu Ndogo, and pars of the densely populated Mwembe Estate.

2. Kisii University has increased cost of properties, rent, and changed land use

The prestigious Kisii University received its charter on February 6, 2013.

The varsity would go on to become the 13th full-fledged public university in the country.

Kisii University has since increased the number of freshmen, and as a result its yearly enrollment.

The rising population has seen nearby villages encroached with student hostels.

Similarly, crop fields have been cleared to create room for the rising demand of affordable housing.

With these rapid changes is increased cost of properties. For instance, it is double costly to buy land in Kisii Kenya compared to a few months ago.

The University of Kisii has doubled the effort and need of re-carpeting local pathways, streets, and highways.

As a result, most of the previously impassable roads are now smooth and well-lit at night for additional safety and security.

For this reason, cases of insecurity among Kisii University students are rare.

On the other hand, KPLC has greatly reduced power outages with GWASCO improving on its water and sanitation services.

A joint effort between Kisii County government and the administration of KSU is likely to take this track record to another level.

4. Promoting cultural heritage among the influences of Kisii University

Kisii University has attracted and helped learners from various parts of the country to attain quality training and education.

These include proper morals, girl child education, the spirit of success, and peacekeeping.

At the same time, KSU properly dealt with negative cultural vices such as witchcraft and over indulgence in local brews such as Changaa and Busaa.

5. Kisii University has created a metropolitan environment for all to prosper

One of the most celebrated influences of Kisii University is creation of an accommodating learning environment.

That is mostly why graduates from the varsity end up settling and shaping their careers in Kisii Town.

Luckily, Kisii Town is welcoming to all investors regardless of tribe or race.

Low cost of living and less pollution are part of the reasons why most Kenyans prefer residing in this green side of the country.

Various influences of Kisii University are timely except for a few undesirables such as increased cost of living, housing, and exploding nightlife. Even so, KSU has brought in more contributions to socio economic development than all the other public and private institutions combined.