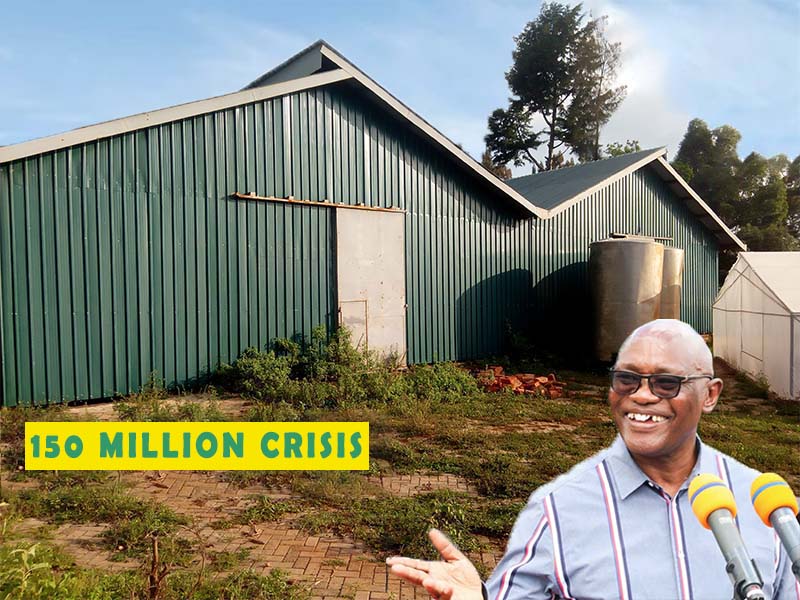 Kisii banana, sugarcane, and avocado farmers are still decrying losses in the hands of oppressive traders. The situation has only been getting worse with the fraudulent closure of the Kisii Avocado Factory.

Large scale farmers who took home Hass avocado seedlings in 2013 regret participating in an avocado project destined to fail. Like any other white elephant scheme, it is finally defunct.

In 2013, the freshly elected Governor James Ongwae identified value addition as the only strategy of saving the region from a looming economic crisis.

He immediately drafted a plan to initiate manufacturing and processing projects. These include a banana factory near ATC, a sugar processing plant within Nyangweta forest, and an avocado factory next to KIRDI structures.

In 2013, Turkish and Australian investors pumped resources worth Ksh. 150 million into the Kisii Avocado Factory.

Sadly, all the investors surrendered within months because of alleged frustrations with county officials.

Intolerable working conditions and financial frustrations are supposed reasons why the investors closed the factory.

Where is the avocado factory?

The avocado factory is located next to KIRDI and ATC offices, behind the Kisii National Polytechnic.

What remains is an empty metal housing surrounded by thick bushes. Inside what would have been a multi-million factory today are patches of grass, traces of human faeces, and countable instances of used condoms.

Frustrated investors took all the machines

A few pieces of equipment left behind in the open lie waste and rusty within a deserted compound. Luckily, the investor left behind nothing worth stealing.

In 2018, a nearby banana factory attracted a whooping Ksh. 110 million from the European Union and an additional Ksh. 60 million from Kisii County bringing the total to Ksh. 170 million.

About the same time, Ongwae stirred expectations with a plan of erecting the South Mugirango Sugar Factory.

The outgoing county boss spoke boldly about constructing a sugar factory along the edge of Nyangweta Forest with 104 hectares.

He also expressed confidence by confirming that the County Government of Kisii had identified a ready Chinese investor with Ksh. 2.4 billion for the sugar factory.

It is now 10 years and none of the three mega projects is close to expectations. Even worse, the private-owned Kisii Bottlers ceased operations in 2017 leaving behind a huge economic gap.

Kisii Avocado factory is the most failed project in Ongwae’s regime. Meanwhile, farmers on whom triple profits were promised are still crying foul. Also conned are thousands of unemployed youths in Kisii and Nyamira Counties.