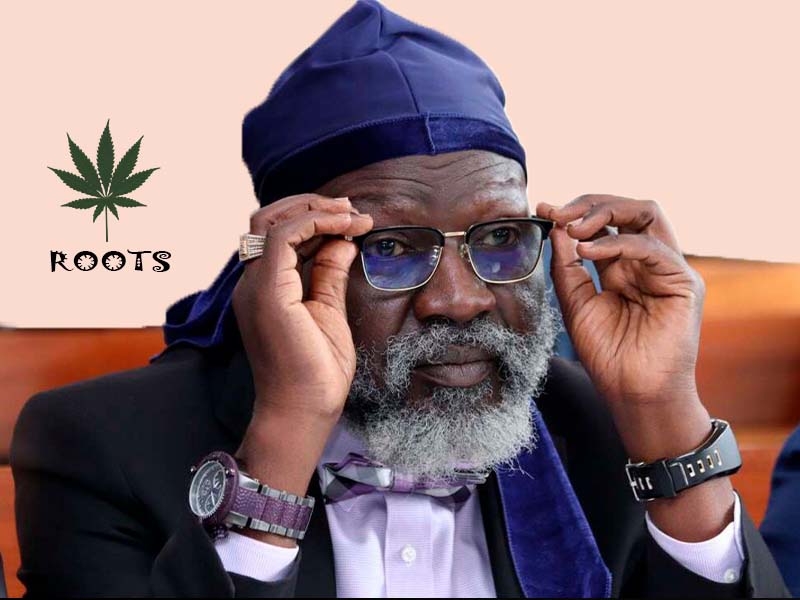 Prof George Wajackoyah education background is eliciting mixed reactions from supporters and critics of his August Poll presidential bid. He is no doubt the most learned candidate in the latest State House politics.

Long gone are the days when Wajackoyah was a street kid suffering in the daunting cold of Nairobi City. Becoming an established educator and veteran lawyer has not been easy.

Wajackoyah whose real names are George Luchiri Wajackoyah is trending for his controversial manifesto seeking the legalization of Bhang.

In addition, he is a conversation starter for bragging about his academic papers from world-class universities.

How old is Wajackoyah?

Even so, he is a Kenyan national from Indangalasia Village, Kakamega County.

Growing up under the care of his Ugandan-based maternal grandfather was a big struggle. The situation only worsened with the divorce of his Kenyan-based parents.

From Western Kenya to a street boy in Nairobi

In 1975 when Wajackoyah was about 16 years, he fled his poverty-stricken rural home for Nairobi City.

At this point, he had cleared primary school education but was unable to continue with high school studies for lack of school fees.

Sadly, he ended up a street boy for several years before a good Samaritan temple admitted him.

Moving from the unforgiving streets of Nairobi into the Hare Krishna Hare Rama temple of the Indian heritage meant a better life.

The shelter not only gave him a sense of belonging but also presented an opportunity for further education.

With O-Levels on his side, Hare Krishna sponsored Wajackoyah in his secondary education at St. Peter Mumias Boys High School. He completed his A-Levels in 1980.

The determined Wajackoyah proceeded to the Kenya Police Training College in Kiganjo town. He eventually graduated with qualifications in Policing and Criminal Investigation.

Notable figures who alleviated part of his pain as a child include the late Joseph Kamotho.

At first, Wajackoyah served as a recruit constable before a special promotion into the senior rank of an inspectorate.

Reports indicate that he was among the elite officers selected by the Government of Daniel Moi to collect intelligence on Ouko’s death.

Wajackoyah would be arrested, forcefully detained without trial, and tortured to the extent of nearly losing his eyesight.

The American Embassy played a great role in Wajackoyah’s release. Fearing for his life, Wajackoyah fled the country for the United Kingdom in 1990.

It is alleged that a section of high-profile perpetrators wanted him dead fearing he would expose them.

Prof George Wajackoyah Education in UK and the USA

While in the United Kingdom, Wajackoyah became a security guard for a living. He could later become a grave digger for 7 years.

Interestingly, he used most of the income from these odd jobs to educate himself.

The list of universities that Wajackoyah has attended are;

Speaking to the media, Wajackoyah joked about forgetting some of the institutions in his detailed Curriculum vitae.

How many degrees does Wajackoyah have? Prof Wajackoyah the fifth has 17 degrees among them 2 PhDs. He is a highly learned fellow with an exceeding academic appetite.

As we speak, he is an Institute of Migration faculty member at the University of Nairobi and a law lecturer at USIU.

Roots Party flag bearer started practising Law in the UK. He opened an immigration law and worked for several years before relocating to the United States.

Before long, Wajackoyah became an adjunct professor of law at the American Heritage University of Southern California.

Besides, he doubles up as a lawyer for the Chadema Party in Tanzania and a legal representative of Tigrayans in Ethiopia.

Wajackoyah returned to Kenya in 2010

After 20 years in exile, Wajackoyah returned to Kenya in 2010. He tactfully declared his candidature but went mute.

It took him a while to settle down because some of the people he had named suspects in Robert Ouko’s murder were still alive. He has since outgrown his initial fears.

Apart from running Luchiri & Co. Advocates, he is a seasoned advocate of the High Court of Kenya.

About 10 years ago, Wajackoyah launched the Roots Party of Kenya in a bid to wipe out corrupt veterans.

Roots Party slogan “Tingisha Mti” stands in favour of weed as a profitable cash crop for a nation drowning in Chinese debts.

“Weed is an essential commodity that has been used for scientific evolution. This is a serious medicinal apparatus which cures many diseases on the world.”

He is mainly counting on volunteers to stand out in the August Polls.

Elsewhere, Wajackoyah is locking horns with the incoming Langata MP and comedian Jalango.

Wajackoyah family resides in the United States of America – these include a gorgeous African-American spouse and middle-aged children.

Photos of Wajackoyah wife, sons, and daughters are not yet public.

The comic Wajackoyah is an equivalent of Mwalimu Abduba Dida from the much-publicized 2017 presidential debates.

He is a wealthy man having created a fortune from corporate and government legal suits. Besides, he earns a six-figure salary from his part-time job as a lecturer.

Looking at these immense sources of wealth, it is evident that Wajackoyah is a multimillionaire.

Call for legal advice and representation in the court of law.

Prof George Wajackoyah education background sparkles with jurisprudence and lifelong successes at their best. We can only wish him the best.