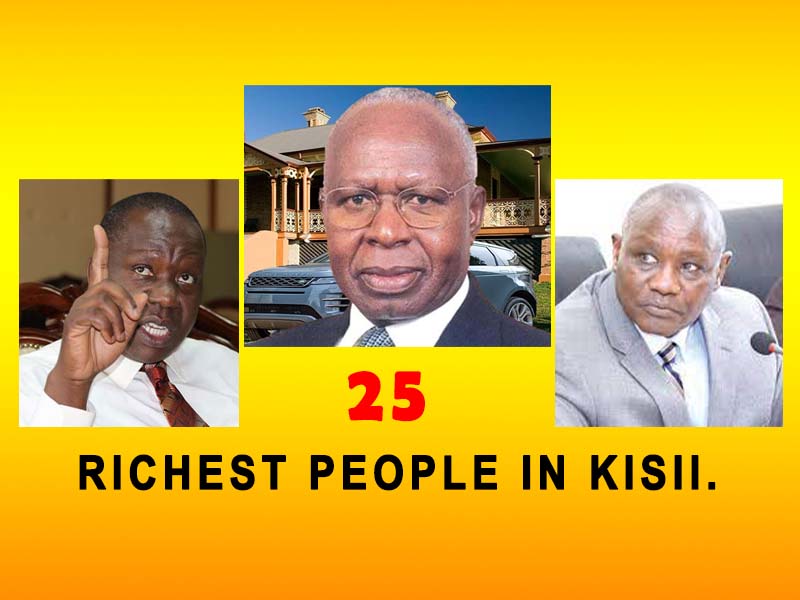 There is a broad range of investment in Kisii apart from green banana fields and sparky soapstone mines. As a result, regional socio-economic progress is lately peaking with a long list of richest people in Kisii.

Most of the wealthiest persons in the larger Gusii are businessmen and politicians. These tycoons run empires in major towns across Kenya and beyond. Who they are and what they own is inspiring, especially among fresh entrepreneurs.

Who are the top richest people in Kisii 2022?

All Kisii tribe millionaires rank well alongside other nationals.

Most importantly, their names and investments are highly sustainable.

Apart from producing famous Kisii politicians, the Nyachae household belongs to a list of the top 10 richest families in Kenya.

His father, Senior Chief Musa Nyandusi banked some more during the colonial era.

For instance, he was a major shareholder (Ksh 300 million) in CBA Group before and after merging with NIC Group to form NCBA Group.

He was also the owner and lead investor in Sansora Group, Swan, Simbi Roses Ltd, and Kabansora.

In summary, Nyachae was a staunch investor in real estate, farming, banking, and the manufacturing industry.

Nyachae’s 35 children and 6 wives are major beneficiaries of his prosperity.

The famed Ouru brothers are among those with deep pockets in Kisii Town.

They represent a section of Kisii tycoons who started from under the poverty line.

The success story of the Ouru Brothers started upon relocating to the United States.

These determined brothers amassed exceeding wealth within a few years. They have since invested in local and overseas real estate.

The company which first opened doors in 1991, with help from Chinese contractors, is now a multibillion project.

Doctor Samson Kegengo Ongeri is a prominent Kisii politician with both fame and wealth on his side.

The former Nyaribari Masaba MP and Minister of Foreign Minister of Affairs is richer than ever before.

Sam Ongeri wealth include real estate and agricultural businesses. He is also a major shareholder in the National Bank.

The senator has four wealthy children including a tycoon banker son Nyagaka Ongeri in Wall Street.

The AJS Company has offices in leading Kenyan towns such as Sotik, Kericho, and Nairobi.

A. Jiwa Shamji Ltd brags being the largest civil engineering construction company in the Western parts of Kenya.

For the record, Amin Shamsudin Jiwa Shamji is also an executive officer at the Kisii National Polytechnic (KNP).

The first Governor of Kisii County is your no ordinary rich fellow.

HE James Ongwae has previously featured in the list of governors who will remain rich forever.

The fact that James Ongwae is a right-hand man to the former Prime Minister Raila Amollo Odinga speaks volumes about his stinking wealth.

It is, however, interesting how he has managed to keep all his money away from the cameras.

Notably, his fortune has ballooned the more while in the governor’s office. A monthly salary of at least Ksh. 1 million, says no less about his affluence.

Veteran Manoti is a trained Banker and accountant with years of experience in politics.

The young man from Nyabite Primary School and Sameta Boys School is now a multi-millionaire.

More specifically, he is the owner of several real estate properties and businesses across major Kenyan towns.

Former MP Christopher Mogere Obure from Boigesa Village is a wealthy Kisii leader of our age.

Mogere has accumulated much of his wealth from positions of power. The current net worth of Obure is at least Ksh. 200 million.

Fred Matiangi is indeed one of the high net worth persons with a lion’s share in the national treasury.

Estimations project Matiangi’s wealth and investments at about Ksh. 100 million as of 2022.

His brother John Matiangi, now working in the Ministry of Education as Deputy Director of Education, is equally a high-income earner.

Ben George Orori Momanyi is a Member of Parliament on Borabu Constituency.

He has accumulated immense wealth through business dealings and capital investments.

Firstly, Ben Momanyi is the owner of BOM Hotels and BOM Properties.

Secondly, he is a capitalist in both Windrose Towers and Mercedes Benz Nairobi Motors.

Thirdly, Ben Momanyi is the owner of the executive Nyakoe Hotel.

Interesting enough, Ben Momanyi is the owner of an unnamed law firm in the capital.

The form four leaver started small scale farming in 1992. He later engaged as a middleman between farmers and the Pyrethrum Board of Kenya.

In 2002, Evans Nyagaka ventured into the matatu businesses. He rose speedily to own a fleet of “EXPLORER Matatu”.

In 2005, he started Transline alongside a group of friends. Anyona left Transline in 2010 to form his own company, Transline Classic.

Yet again, the wealthy Anyona left Transline Classic in 2017 to capitalise in ENA Coach.

Evans Anyona has over time increased his earnings to become a respected Gusii multi-millionaire.

Another rich man from Nyamira County is Jason Mosinga who mainly work as a business dealer.

Jason Mosinga also runs the Embakasi based Halogen Group of Companies as well as Slums Africa.

That said, Jason Mosinga is one of the richest people in Kisii land based on the ownership of high-end businesses.

The financially blessed Haron Kamau is the owner of Kamel Park Hotel, which stands tall at the Kiogoro area, within the vicinity of Kisii Town.

The populous Mogeni Tea Factory owner, Mogeni Ongenyo, is a man to watch on the charts of business shareholdings.

On top of that, Mogeni is the owner of Silicon Company operating in Mombasa, Kenya.

Who is the owner of Ufanisi Hotel? Kisii County Secretary Patrick Lumumba and his wife Isabella Lumumba are co-owners of the prestigious Ufanisi Hotel.

Ufanisi Resort within Kisii Town is a modern hospitality centre for all first-class and presidential events.

The confident-looking doctor Ezekiel Orwenyo is the owner of Nyangena hospitals.

Adding to his treasures is the Nairobi based mediaeval Mall at Hurlingham.

Kisii County deputy governor Joash Maangi is the owner of a classy mansion worth Ksh. 50 million.

The crib sits in his home village at Tendere, meters away from Ogembo Town.

Maangi owns yet another state of the art home in the United State.

All these are just examples of his huge budget properties, businesses, and out of the public investments.

The number of wealthy Kisii men and women is increasing faster than any other time in history, largely because of devolution.

A full list of the richest people in Kisii is not complete without Nyachae and Ouru brothers on top. A review of their investment strategies and net worth is worth emulating. 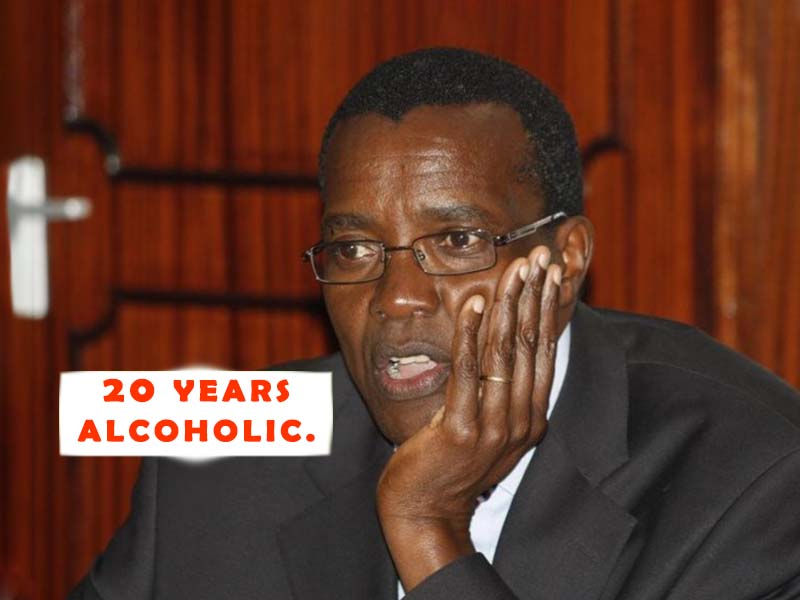 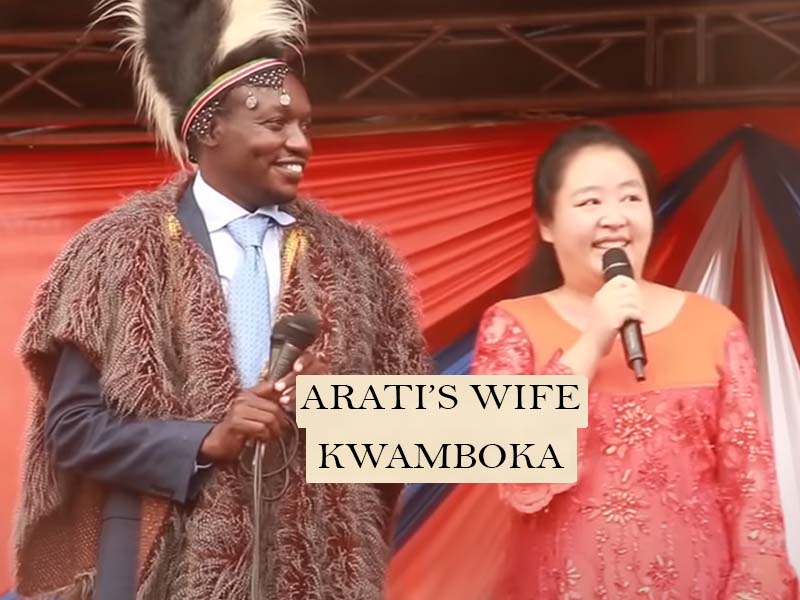 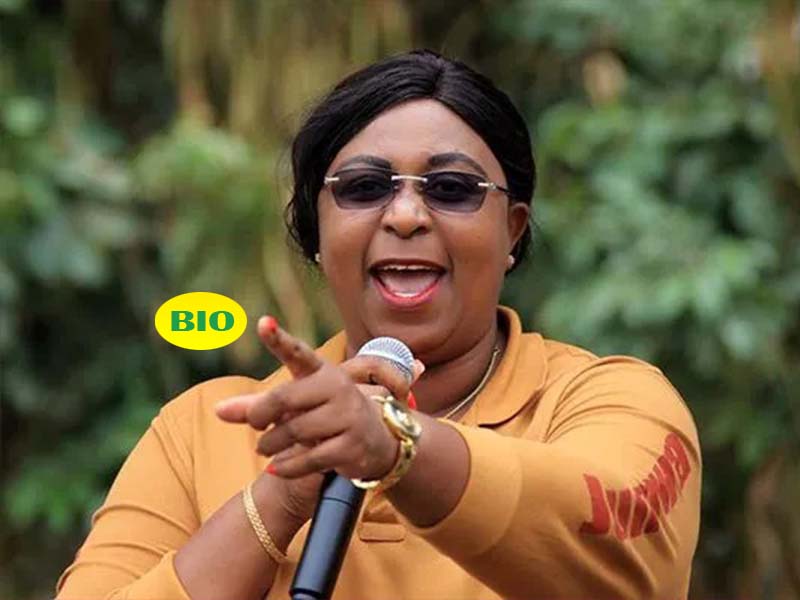