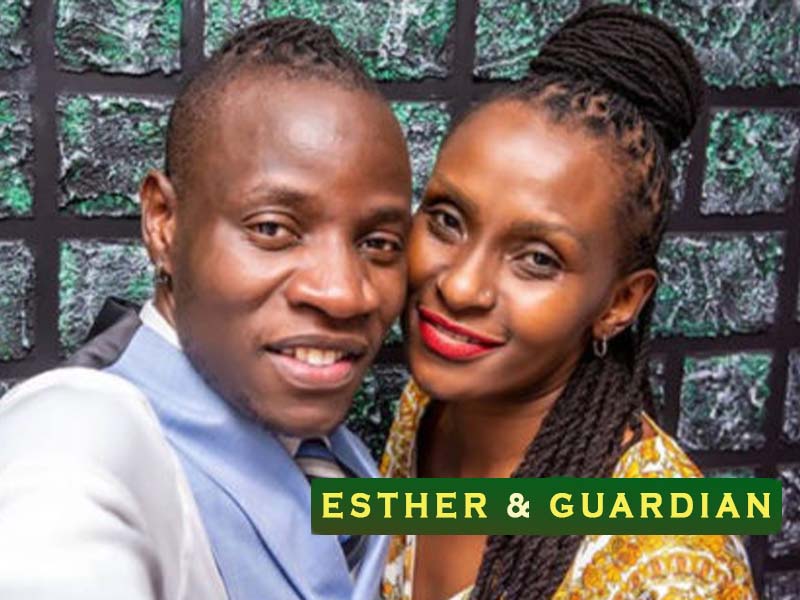 Male songbird Guardian Angel real name Peter Omwaka is a happy man with a wifely spouse by his side. She is a vibe for her decorated career and newsworthy love life. Esther Musila biography explains it all.

The life story of Esther Musila has been making headlines since 2022 when she exchanged vows with the evangelistic singer. The two celebrities with a puzzling age difference are still shaking the internet.

Esther Musila with a career record of at least 3 decades is lately passionate about content creation.

She is most importantly a number one fan of her musician husband Guardian Angel.

How old is Esther Musila?

She is 20 years older than Guardian Angel whose age is 33 years old.

Guardian Angel’s lover is a proud mother of three adult children with the last born aged at least 20 years.

Sources say she sired the kids with her now deceased first husband. Her children include two sons Jama and Kim and a gorgeous daughter Gilda Naibei.

Is Esther Musila Pregnant? Asked about baby bumb rumours, Esther Musila confirmed that she is not pregnant for Guardian Angel. She went on to say that followers have no space in her parenthood plans with the renowned artiste.

She told Jalango TV that turning 50 taught herself love and commitment towards personal happiness.

After working in the banking sector for 5 years, Esther switched to the United Nations where she would work as an international civil servant for 18 years.

Thereafter, Musila worked as a program manager in various cities among them Nepal and Lagos. Her main roles were ensuring sanitation and adequate water supply.

Guardian Angel wife Esther Musila is a multi-millionaire woman who has accumulated a fortune from her career spanning 3 decades. She is even richer in her marriage with Guardian Angel whose net worth is estimated at Ksh. 100 million.