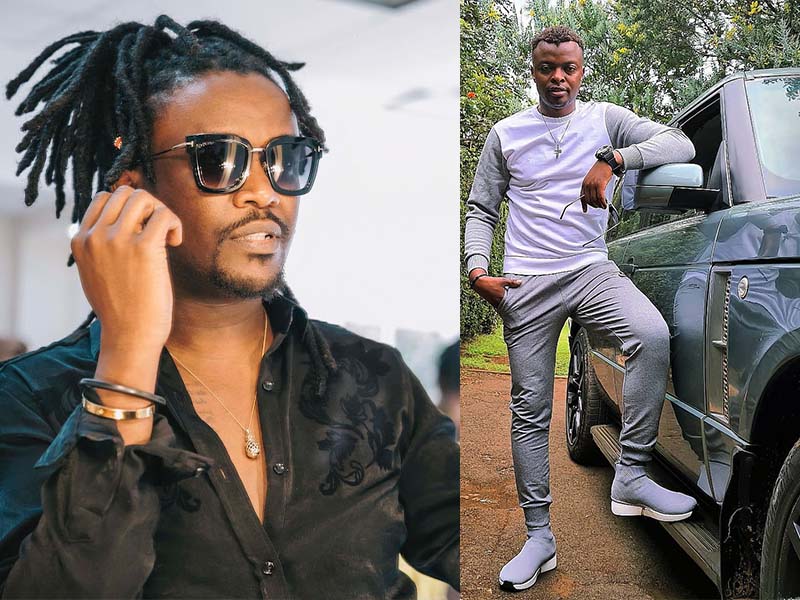 Kisii music has come a long way in the hands of talented sons and daughters of the Gusiiland. Long gone are the days of Sungusia when local music was pure and traditional. We now have a long list of Kisii artists with modern gems you won’t resist.

The creativity of Kisii musicians is on another level. Luckily, the number of upcoming Kisii artists is increasing fast by the day. Sure enough, the best musicians from Kisii are young people writing history with their talents.

The most influential Kisii singers are those addressing current affairs.

Those with a better rhythm have already gone national and international.

The Sauti Sol star tops the list of famous Kisii musicians in 2021.

He was formerly a member of Kleptomaniax before joining Ogopa Dj and later Sauti Sol.

Nyashinski albums are bestsellers considering he has gone ahead of all Kisii musicians to release hit tracks.

Nyamari Ongegu popularly Nyashinski is an Environmental planning management graduate. He is a former student of Nairobi School.

Nyashinski is currently engaged to Zia Jepkemei Bett of Daystar University. He is a Kisii Kenyan artist to watch in 2021.

Not many know that Ringtone Apoko tribe is Kisii. The star is doing well in gospel music, where he has been active for atleast 10 years now.

A list of top Kisii gospel musicians is not complete without Ringtone at the top.

Alex Apoko aka Ringtone comes from Kisii County where he was born in May 1989.

The 31-year-old Ringtone Apoko with a net worth of Ksh. 100 million is still single.

A recent stint in wich Angel Nyambura claimed she has a baby with him is still in the making.

The gengetone boy from Kisii County is trending on the Kenyan music scenes.

He recently dropped a viral hit “I am Offended” that indeed offended governor Ongwae.

Smallz Lethal Am Offended lyrics speak for an ordinary Kenyan on the receiving end of corruption.

The 33-year-old Kisii artist is a renowned rapper having worked with famous personalities such a Gaza and CLD of Ukoo Flani.

Sagero stands out in Kisii entertainment for his dramatic performances and charming lyrics.

Henry Sagero biography reveals that he comes from Nyamira county and has been making music for about 20 years now.

Songs by Rebecca Thomas speak directly to the soul with a sweet touching message.

Notably, it is the song Omorembe which brought her into the light of music.

Pastor Rebecca Thomas moves around with her husband and children in the course of her pastoral work.

The talented Fenny is a successful Kisii musician who bagged a couple of Groove Awards Nyanza region in 2015 and 2017.

She is a typical figure of Kisii gospel and praise music. Fenny is sister to the outspoken Dennis Onyamo.

He is an alumnus of St Andrew Kaggwa Boys primary boarding and Cardinal Otunga High School.

The singer is still single and wholly dedicated to his music career.

Omosayansi is a co-star in the song Ntwarwara that is still alive today. More of Babu Gee songs include;

Tenga Bogeka hitmaker is an inspiration to upcoming Kisii gospel singers. Top in the list of Douglas Otiso songs are;

Otiso biography shows that he became an orphan when aged 24 years. The singer turned preacher owns a recording studio.

Otiso released his first song following the 2007 post-election violence which displaced him from his residence in Chepilat.

Douglas Otiso is a school dropout who has managed is way to success beyond the odds of life.

The Gusii gospel singer is both dramatics and electrifying in his dance powered music.

Ongengo is a traditional Kisii entertainer whose music continues to withstand the test of time. Among his favourite tunes include;

He is a trusted RMS entertainer and presenter.

Ongengo is one of the most authentic Kisii artists and a master of Kisii musical instruments.

Raj is among notorious Kisii music artists of our time. Among the most played of his songs is Raj Obe Baba, others are;

Rajville real names Rajiv Okemwa is about 30 years old as of 2021. He is a former student at Friend’s School Kamusinga.

On top of that, Rajvile is a Bachelor’s Degree graduate from the University of Nairobi where he majored in Economics.

Raj Kenyan rapper Instagram fame confirms that he is unstoppable when it comes to Kenyan hip hop songs.

The cowboy singer is unmistaken for his musical style of singing. Pharry K Kisii songs are a massive hits because of their unique Jim Reeves vibe.

Most of Pharry K latest songs including Pharry K Peace in the Valley are now available on YouTube.

Apart from music, Pharry K is an actor, model, songwriter, and composer with a speciality in country music.

The gifted singer is a former member of the old Sungusia Band. He has played a crucial role in shaping local music.

The singer is typical for playing informative songs accompanied by relaxing and straightforward dance moves.

Embarambamba new songs are now taking over on social media because of comic hype.

The musician is famous for his timeless song, Obotaka Tibori Kegomi. The song which means poverty is not permanent remains an inspiration to this day.

Charles Nyangwoka songs from the good days of Kirwanda Junior include;

His songs are commendable for upholding moral values of the Abagusii people.

She stands out from other gospel singers for her simplicity and accuracy in the gospel ministry.

Divinah is a young Kisii female gospel artist who many admire for her influential ministry.

The multi-talented Vicky Young is a close relative to Arisi Omwana O Sababu.

The Kisii born star is a songwriter, producer, and entertainer with a good music record.

Vekta songs and new albums are now available on Youtube and other leading media streaming sites such as Mdundo.com.

Top Kisii mix 2021 feature his hot singles and favourite collabos such as Ntwarwara.

Nyairabu is a Kenyan Christian music singer from the heart of Kisii. She is original in all her favourite songs;

Moving on, Arisi Osababu mp3 download and other Arisi Sababu songs from years back are available on leading music outlets.

The list of Kisii singers is endless, with each member having a unique style of play.

Producer Augusto of World Wave Records is by far the most famous Kisii music producer.

He is the producer behind famous songs by Vicky Young, Miggy Champ, Faith Stan, and Babu Gee among other trending Kisii singers.

Most loved Kisii artists who have died

Gusii land has lost heroic singers including the following.

Various artists on our list are the calm voices behind the best Kisii songs.

Luckily the Kisii songs download option is now available for your playlist.

Who are the best musicians from Kisii?

Most of the latest Kisii songs 2021 drop with new slogans and fresh lyrics.

It is from these comic songs that we get fine phrases such as Chinkondi, Nore Pipo and Ntwarwara Tiga Toragere.

The list of best Kisii artists is likely to become longer in days to come. Kisii and Nyamira counties will likely flood with talents if the numbers of young people throwing a wishful eye in the art industry will keep rising at the current rate. 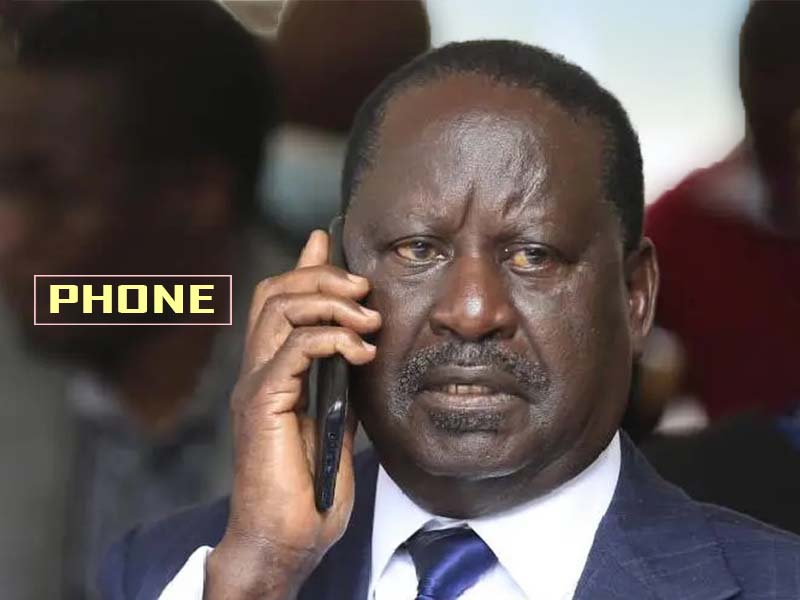 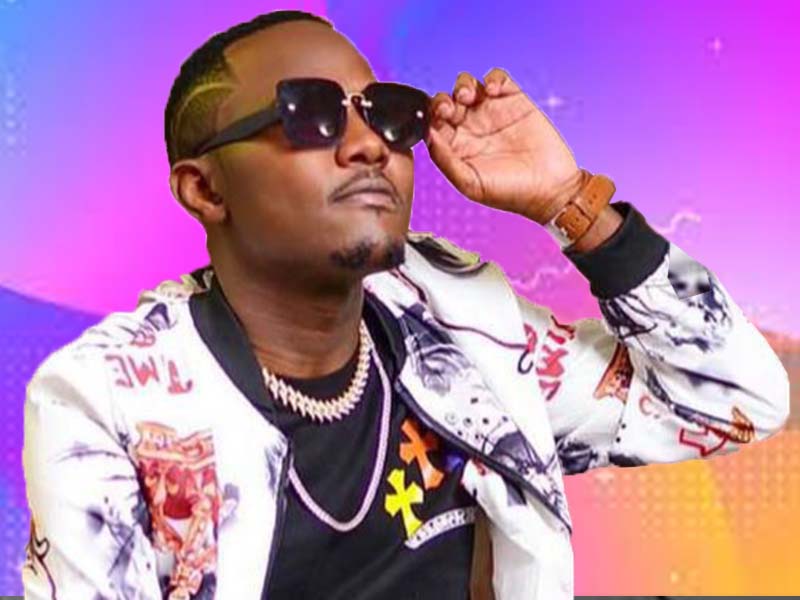 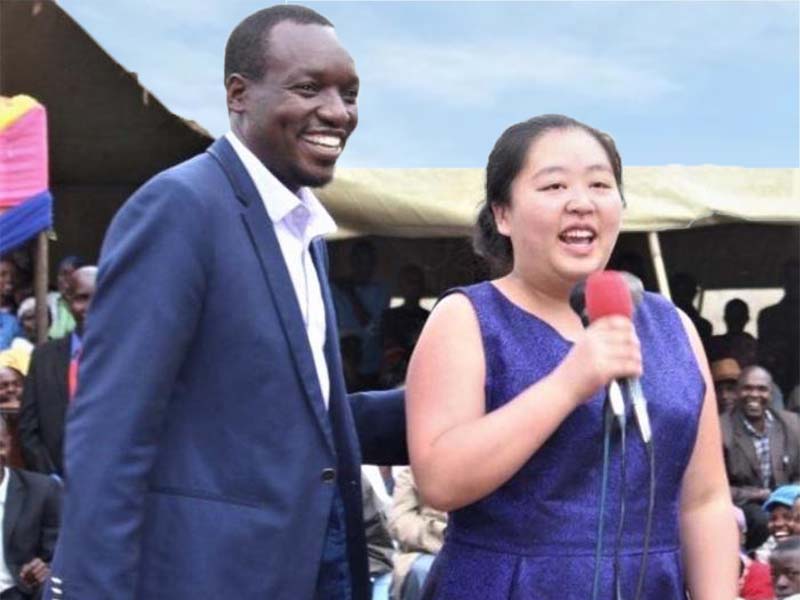