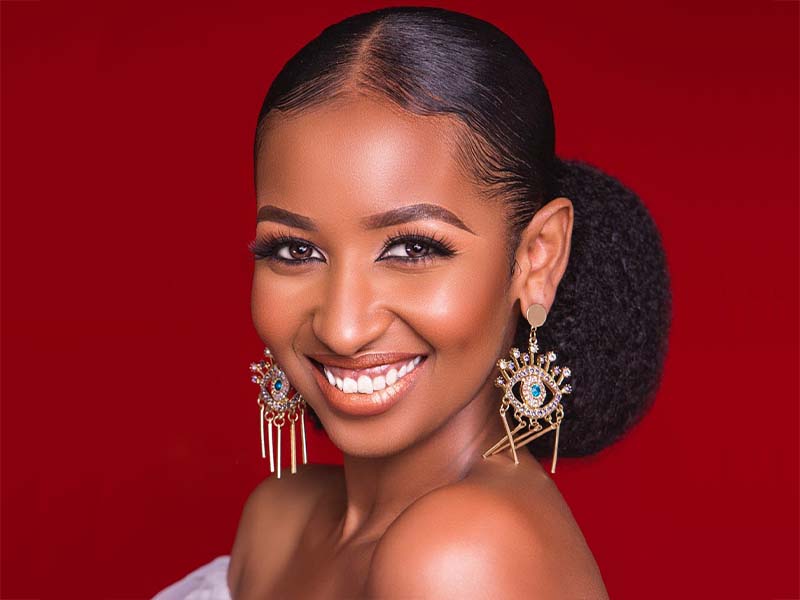 Sarah Hassan is a radiant Kenyan actress unmistaken for her beauty and talent on the screens. The former Tahidi High actor and fashionista is everything from acting to screenwriting and modelling. Sarah Hassan is back on the limelight with a lead role Zora on Citizen TV. Sarah Hassan biography wraps it all.

Sarah Hassan is an award-winning Kenyan actress who rose to fame after starring as Tanya in the comedy-drama Tahidi High, a local TV show. Apart from acting, she also does fashion modelling and TV presenting. Sarah is also noticeable for hosting Citizen TV’s Wedding Show.

Sarah Hassan is famous for starring in Tahidi High as Tanya and Zora in Zora Citizen Television.

The former television queen is now a mother and a successful actress on popular soap operas. Her life story is the next big thing coming up.

How old is Hassan Sarah?

The sexy Sarah Hassan is 34 years old as of 2022. Youthful smiles and a sassy looking face will make anyone think she is in her twenties.

Sarah celebrated her 34th birthday on September 5, 2022. She is still the girl from her twenties.

Actress Sarah Hassan attended Machakos Girls High School and graduated with O-levels. She then enrolled at the Jomo Kenyatta University of Agriculture and Technology for Actuarial science studies.

Sarah Hassan is also an alumnus of New York Film school class of 2016.

A Hollywood dream pushed Sarah to sharpen her skills at the imposing New York Film Academy.

The award winning actress is half Arab and half Kamba. Sarah’s father Hassan comes from the coastal region in Mombasa.

On the other hand, Sarah Hassan mother Lucian is of a Kamba descent.

Sarah Hassan parents treasure her, being the only one, in their family – she has no siblings.

Soon after, the new couple in town left Kenya for Los Angeles in the USA.

Their invite only wedding pictures flooded the internet and started a huge conversation around their colourful marriage.

The two lovers first met in 2015 at the ABO Place based Shani Active Gym and married a couple of years later.

Who is Sarah Hassan husband?

The United States based Martin Dale is a hunk now pumping Sarah with love and motivation for newer heights.

Who is Martin Dale? He is the lucky man in Sarah’s life and career story.

Dale works at the Population Services International (PSI) as a deputy director of Evidence for Implementation.

Besides, Sarah has bashed rumours speculating that Dale is South African by nationality. Even so, no further details available on Martin Dale tribe.

How old is Sarah Hassan husband?

The handsomely looking Dale is about 40 years old judging from the photos on Sarah’s Instagram page.

Martin Dale biography reveals that he celebrates his birthdays on February 15th every year.

There are, however, no records about his background, parents, siblings, and birth place.

Most important is the fact that Sarah Hassan marriage with Martin Dale is truly admirable.

Martin Dale and Sarah Hassan are proud parents of one child whom they welcomed in 2019.

The bundle of joy arrived two years after their honeymoon.

The long wait prompted supporters to start questioning Zora about her parenthood plans.

Soon after, photos of the heavily pregnant Sarah landed on the internet. She later resurfaced with a bright face and a cute baby on her arms.

A childhood interest in acting attracted a debut film opportunity in 2007. She has since built an experience of at least 14 years.

Earlier movie roles established a firm ground for Sarah’s excellence as an actress.

Most of these productions have greatly contributed to Sarah’s career success in the film industry.

Sarah Hassan has rocked the theatrics world and scooped the following awards.

The movie actress Sarah Hassan takes home a good salary and has accumulated a wealth of about $5million.

However, she is yet to confirm her net worth with more accurate figures from her payslip.

Sarah Hassan biography shares the life story of the most beautiful Kenyan actress with an eye on Hollywood. She is simply adorable besides her husband Martin Dale.