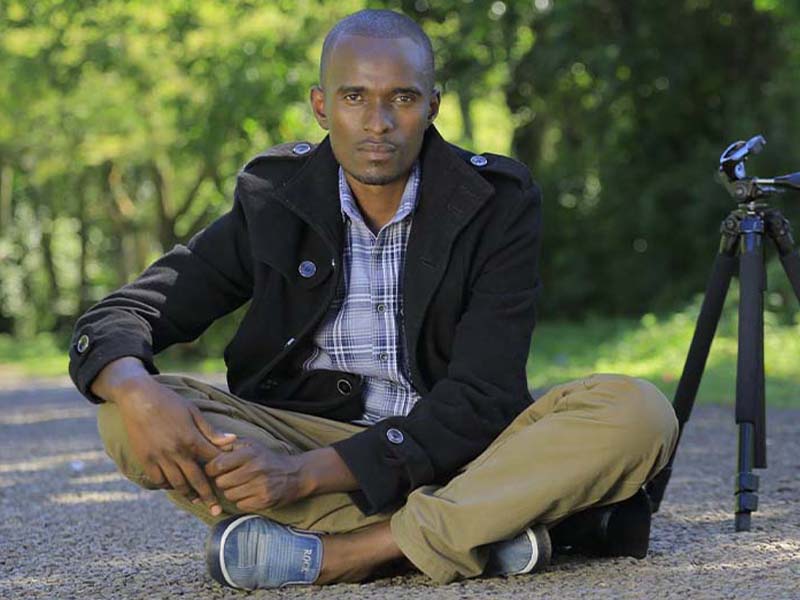 Osoro the Actor is a trendsetting Kisii celebrity within Gusii theatres. He is particularly famous for starring in Ndizi TV episodes. Away from stage management and scriptwriting is Actor Osoro biography with little known profile facts.

The hilarious and down to earth character of Osoro continues to warm the hearts of many. More so, he is notably a co-founder of Ndizi TV among other wide screen projects. He does it all from acting to making movies and telling stories.

Steve Momanyi Mokaya is famous for his dramatic character Osoro the Actor in Ndizi TV movies and trending movies such as Eriso Riane.

Osoro the actor, real names Steve Momanyi, is the best Kisii actor in 2023 with unbeatable skills in shooting movies and bringing the reality home.

He has lately been on the spot for his latest movie Eriso Riane and Bosongo Chituka.

How old is Osoro the Actor?

Actor Osoro is about 30 years old as of 2023. He celebrates his birthdays on August 13th.

Even so, Osoro is yet to share details about his born year and childhood experiences.

Therefore, Osoro is of the Kisii tribe and fluent in Kisii, Kiswahili, and English languages.

Osoro the Actor father is Reuben Mokaya while his mother is Doro Matemu.

Sources indicate that Osoro’s mother, Matemu, is a Tanzanian by birth.

Osoro attended Rioga Primary school from where he sat his KCPE exams.

He proceeded to Nyansiongo Boys High school completing his KCSE in 2008.

Osoro the Actor enrolled at Africa Digital Media Institute (ADMI) in 2018, graduating in 2020.

Actor Osoro Steve started his career at around 5 years when he was still in the Sunday school club.

He persistently maximized the acting opportunity, drawing full support from his mother who was allegedly a lead within the club.

Osoro the Actor crossed paths with Okiondo the Actor, real names Hannington Matoke, who was then an assistant director in a set book company.

At first, Okiondo turned down Osoro’s interest to take part in the Shreds of Tenderness play.

The talented Osoro performed well in the audition test and proceeded to take up several roles within the same study term.

Sharp cramming capability was an advantage that enabled Osoro to feature in lead roles, including Dr. Stockman, Mwelusi, and Daktari Siki within weeks.

The audience particularly loved Osoro’s voice and dedication. As a result, he ended up becoming the best Odie character ever within Nairobi.

Osoro the Actor later moved on to set book acting around Kayole and Eastland in Nairobi.

In 2012, he joined Artspan Production as a Production Manager and has since maintained the position.

Osoro the Actor joined Focus Africa, a group that focused on Community theatres and sensitization.

The newly founded opportunity exposed him to high profile functions and theatres.

In one occasion, he attended Chris Kirubi’s launch to merge Haco and Tiger Brands of South Africa.

Becoming Osoro the Actor in 2018

Osoro acquired the stage name Osoro about 3 years ago after launching Ndizi TV on April 19, 2018.

Lucky for him because the new stage name Osoro is taking him to places within the industry.

Osoro has been actively starring for about 9 years and already ahead of the rest.

Loyal fans can finally watch and download his endless playlist of latest productions.

Osoro the Actor videos and movies are famous because of his skilfulness and hot vibes.

For this reason, upcoming Kisii actors openly admire his work.

Osoro life story away from the screens

Besides acting, Osoro is a talented public speaker and an excellent marketer with powerful and convincing skills.

Osoro the Actor fans and potential partners, can now reach him directly for support and advertising.

Actor Osoro biography is a source of inspiration to all who count on his daily doses of laughter. Most importantly, being a co-founder at Ndizi TV comedy gives Osoro the credit he deserves.