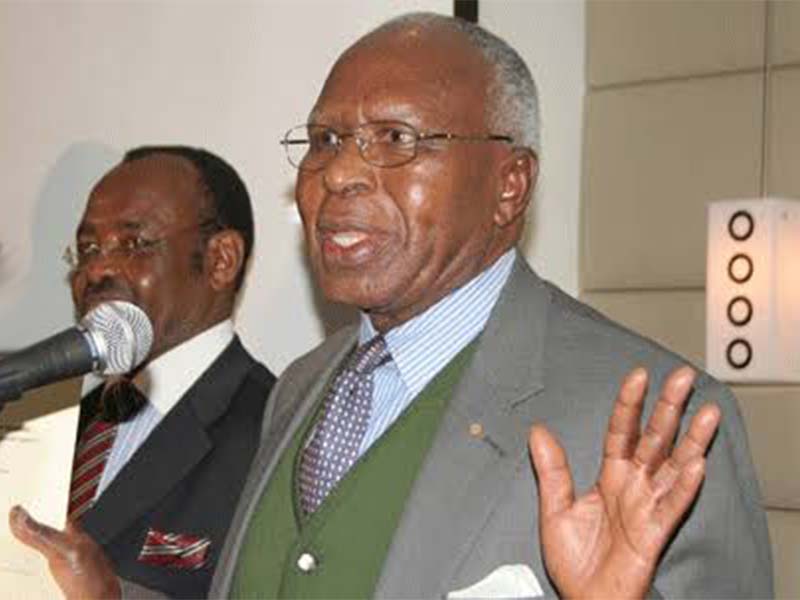 Abagusii people for a long time looked up to the lineage of Senior Chief Musa Nyandusi for leadership. Even so, a ceasing grip on politics seems to have not affected Nyachae’s deep pockets as many would expect.

Nyachae rose to prominence for his education and close family relationship with the ruling Kenyatta Family.

Being a spokesperson of the Abagusii people further fueled his political and economic prosperity.

Enlisted are notable brands and properties owned by Nyachae.

1. Sansora Group of companies in Kenya

Simeon Nyachae launched Sansora Bakery in 1954 at Nyanturago Market when he was a young man of 22 years.

He renamed it Sansora Group and relocated to Kisii Town within a few years into the business.

The bakery has since transformed to become a national brand with interests in real estate, coffee, baking, milling, and aviation businesses.

Nyachae who was formerly a finance minister is a major shareholder in both Swan and Kabansora industries.

The two businesses are leading milling companies in Kenya with a reputation for high-quality flour and related products.

Nyachae family is a major landowner in the country, more specifically in Kisii County.

A larger section extending between the Kisii Central Police Station and Sansora Buildings belongs to the Nyachaes.

Nyachae became a renowned wheat and barley farmer in the 1970s at the fertile Mau-Narok crescent.

Ploughing with tractors rewarded him with an abundant harvest. Nyachae in turn invested the profits in shares and upscaling Sansora Group.

Nyachae invested all his time looking for new business opportunities within Kenya and beyond.

He is respected for daring to start a tea plantation in South Africa and another one in Zimbabwe.

Elsewhere, unconfirmed accounts allege that he is the owner of a vast ranch in Australia.

Nyachae family flaunts 8.6 million shares at NCBA with an estimated value of 300 million.

NCBA on Nairobi Securities Exchange is a merger between CBA Group and NIC Group.

Other major partners in this new institution are former Central bank governor Philip Ndegwa and his excellence Uhuru Kenyatta.

Simeon Nyachae invested Sansora Group Limited profits in Credit bank. He has since ballooned his share price to a staggering 21.46 per cent.

The appetite for increasing wealth saw Nyachae investing all his monies in high-end businesses.

Among these are Safaricom PLC, Kenya Commercial Bank, and Cooperative bank. It is no secret that Nyachae was stinking rich.

9. Shareholder in Simbi Roses Ltd and other top brands

Apart from Sansora Group, Nyachae is a lead shareholder of Simbi Roses Ltd which is a flower exporter to European countries.

He is equally a big wig in Kentainers (Kenya) Limited and First Chartered Securities Limited.

The fallen presidential aspirant of 2002 is owner of a posh home in Loresho Estate within Nairobi City County.

In addition, a mansion in his ancestral home at Nyaribari Chache constituency, Kisii County.

The long list of Simeon Nyachae properties and business investments shows that he was an economic tactician.

Overall, he was an astute investor in banking, aviation, manufacturing, agriculture, transportation, and real estate.

Simeon Nyachae family wealth stretch beyond what we have on record. His children including Charles Nyachae seem to have followed after the footsteps of their business conscious and tycoon father.