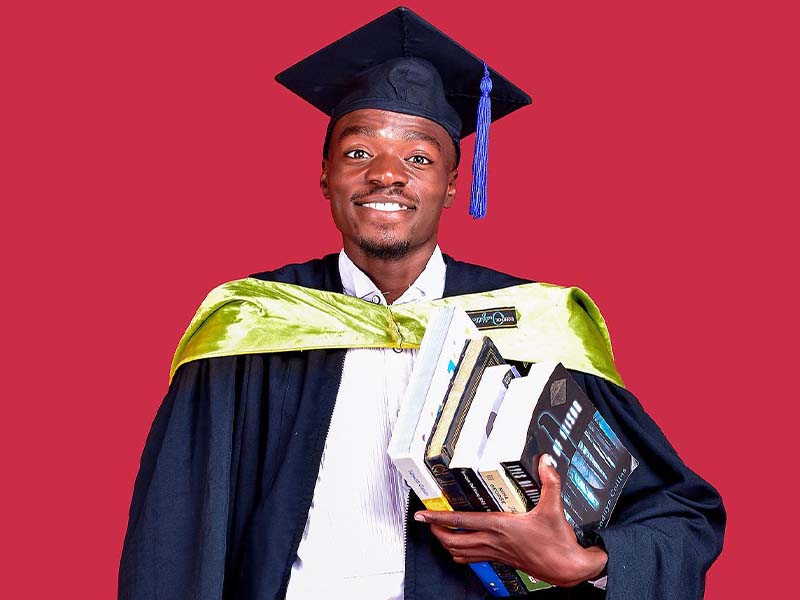 Tales of Crazy Kennar’s Useful Idioty is an impulsive actor. He doubles up as a comedian, emcee, dancer, and commercial influencer. The life story in Useful Idioty biography says it all.

The populous Skele is among the most dramatic millennial on the move. He is truly a funny bone in front of the camera.

Useful Idioty is a jack of all trades on the widescreens. Even so, becoming a jokester was never part of his childhood dreams.

And now, he is an inspiration to several comics struggling to make a name in the industry.

His ancestral home is in Kitale within Trans Nzoia County in Western Kenya. He grew to become a lover of football, music, play station and acting.

Useful Idioty is a proud fanatic of Wakadinali songs. On top of that, he is a staunch Arsenal football club follower.

Stephen Otieno attended Purpose Driven Primary School for his early education. It is from this Deliverance Church-owned institution that he sat the KCPE exam.

Thereafter, he joined St. Joseph’s Boys High School in Kitale. Good grades in KCSE exams qualified him for college studies at the Jomo Kenyatta University of Agriculture and Technology.

While at JKUAT, Useful Idioty majored in Bachelor of Science, Public Health. Skele’s Facebook photos indicate that he graduated in June 2022.

Stephen Otieno is a born actor with at least 5 years of experience in the creative world; he has been making people since childhood.

Joining JKUAT opened new doors for his acting talent. He started as a mimic of DJ Shiti from the defunct House Helps of Kawangware TV series.

Idioty’s friend Muthomi Solomon being a confidant of Crazy Kennar made it easier for the duo to collaborate in creating vines.

Useful Idioty has since become King of face load and Non-verbal comedy. He credits Kennar for challenging him to outgrow mimicking DJ Shiti.

Stephen Otieno is no longer a member of Tales of Crazy Kennar, at least, on the latest videos.

He recently decided to launch a solo career after 4 years of working with Tales of Crazy Kennar crew.

“I have not fallen out with anybody, I have started afresh.”

As we speak, he runs THE FOOTBALL FORMULA Show which is a dose of laughter among fanatics.

Idioty told Mungai Eve that he wanted to become a priest in his early years. He defected from the holy calling on realizing he can make people laugh for a career.

He further intimated about being single and searching for the first time. Some Kenyans were quick to disagree with his response to the ex-girlfriend question. Idioty insists that he has never dated.

Call or email Idioty for emceeing gigs and further inquiries on content creation.

Useful Idioty biography summarizes his passion-driven journey in the world of entertainment: He is steadily rising higher in the metrics of fame.