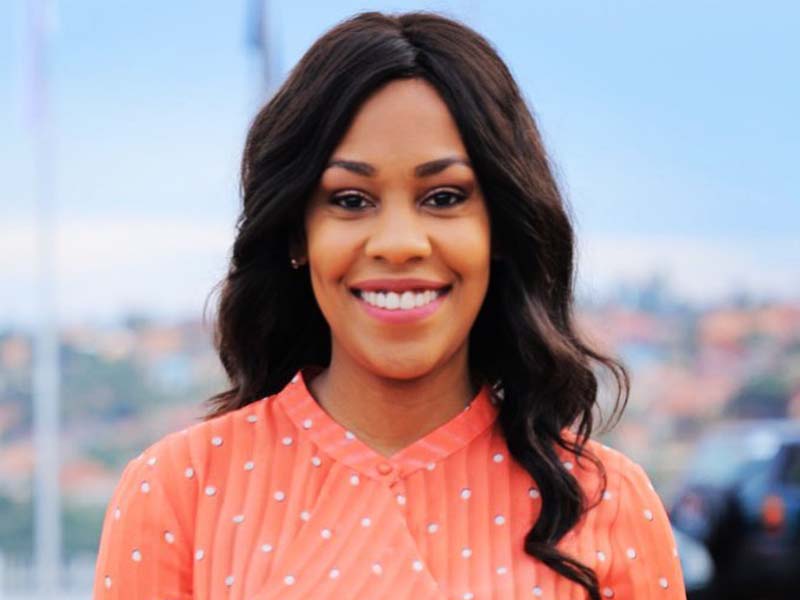 Victoria Rubadiri is one of the most loved Kenyan media personalities. She is a famous news caster on Citizen Television and formerly NTV. The sassy looking Rubadiri commands several supporters, among them secret admirers. Victoria Rubadiri biography pours it all from her age, to marital status, tribe, career, salary, and wealth.

Who is Victoria Rubadiri? The illustrious Rubadiri is a Kenyan journalist, anchor, TV host, screen writer, and producer with a notable accent and a warm appeal. A broad smile and an easy going personality make Victoria Rubadiri a preferred Kenyan celebrity. Even better, she knows how to keep steamy social media scandals away.

Most Kenyans agree that Victoria is an eloquent television talent with credible vibes.

She is a typical example of successful and limitless women in the media space. The life story of Rubadiri will cheer you with an inspirational touch.

How old is Victoria Rubadiri?

Victoria Rubadiri age is 34 years as of 2021. She celebrates her birthdays on January 28th every year.

More so, Rubadiri is a confident woman who does not mind sharing her born day and birth year details.

Victoria was born in Kenya only to spend a better part of her ten years in the United States.

What started as a search for greener pastures almost ruined Victoria Rubadiri’s life.

The Rubadiri family first moved to the United States in the late 90s, when Victoria was 10 years old.

The upcoming family section has details on her life at the United States and why she finally returned to Kenya.

The gorgeous Victoria Rubadiri comes from a diverse racial and mixed ethnic background.

Firstly, Victoria’s mother is of the Maasai and Kalenjin origin while the father is of a Malawian origin.

Secondly, Rubadiri’s grandfather is of the Kalenjin and Scottish mixed family.

Thirdly, Rubadiri’s grandmother is a product of the Kikuyu, Maasai, and Seychellois ethnic groups.

Above all, the tribe of Victoria Rubadiri is a little bit of everything from Maasai to Kalenjin, Kikuyu, Scottish, Malawian, and Seychellois.

In 1999, Victoria enrolled at the Atlantic City High School in Atlantic County, New Jersey, for her 9th grade studies, and completed the 12th grade in 2003.

In 2003, Rubadiri joined Temple University Philadelphia in Pennsylvania, USA, for her Bachelor of Arts (BA) Degree in Broadcast Journalism.

Victoria Rubadiri graduated in 2009 with a Broadcast Journalism degree. She has previously admitted that her college years are still memorable.

The career history of Victoria Rubadiri started in 2007 while she was still ongoing with college education.

Victoria’s first job was an internship opportunity at WMGM-NBC 40 TV; working as an Assignment Desk Editor.

She served her roles under the office of the company’s founding CEO, Angela Crockett.

Even so, these well-paying roles did not quench her passion of building a long term career on television.

Victoria worked as a news presenter and business reporter on Capital TV Channel between April 2011 and December 2012.

She was among the pioneering Capital TV news presenters at the station.

Rubadiri assumed the role of anchor and reporter of Nation Media Group in December 2012 and worked for 5 years until May 2018.

She also produced and hosted the cerebrated “Victoria’s Lounge show,” on a weekly basis.

The Royal Media Services (RMS) accepted Victoria Rubadiri on May 2018 and has retained her for over three years now.

Victoria Rubadiri family photos are rare, but we have the following facts about her parents, siblings, and close relatives are mind blowing.

David Kwame Rubadiri is the father of Victoria Rubadiri; she takes much of her looks from the hunky looking dad.

Notorious singer Reuben Kigame credits Mr. Rubadiri for supporting the recording of his first album (songs) “What A Mighty God We Have,” of 1987.

The smart and beautiful Mabel Rubadiri is an ongoing student at Oxford University.

Victoria became pregnant for her boyfriend lover at the age of 18 years. Rejection from the baby daddy almost ended with an abortion.

Luckily, the two sweethearts negotiated their way into early parenthood, with daughter Neema Rubadiri, in mind.

The strong hearted Victoria gave birth to Neema in 2005. She is now a teenage look alike to her mom.

Neema Rubadiri’s father is currently taking part in her welfare.

He is, however, separated from Victoria Rubadiri who is now living in Kenya miles from him.

Who is Victoria Rubadiri married to?

Victoria Rubadiri and Larry Madowo are allegedly in a romantic relationship.

Some sources including Ghafla.com have confirmed an exchanging of vows in a privately held wedding ceremony.

For this reason, Victoria Rubadiri weds Larry Madowo news are getting undivided attention.

Victor emerged the first woman to claim the prize from East Africa, and certainly the second Kenyan journalist.

Apart from anchoring news, Victoria is a lover of art, photography, and cooking.

Victoria Rubadiri net worth and salary

Besides, she pockets other tokens of allowances for her roles as a senior anchor at the RMS TV station.

Victoria Rubadiri biography Wikipedia facts indicates that she is wealthy with a net worth exceeding Ksh. 50 million.

Engage with Victoria Rubadiri for hot deals and inquiries about her journey in the media industry.

Victoria Rubadiri biography is a warming piece about a senior News Anchor at Citizen TV. A good pay and high ranking within RMS confirms that she is a coveted television trendsetter.