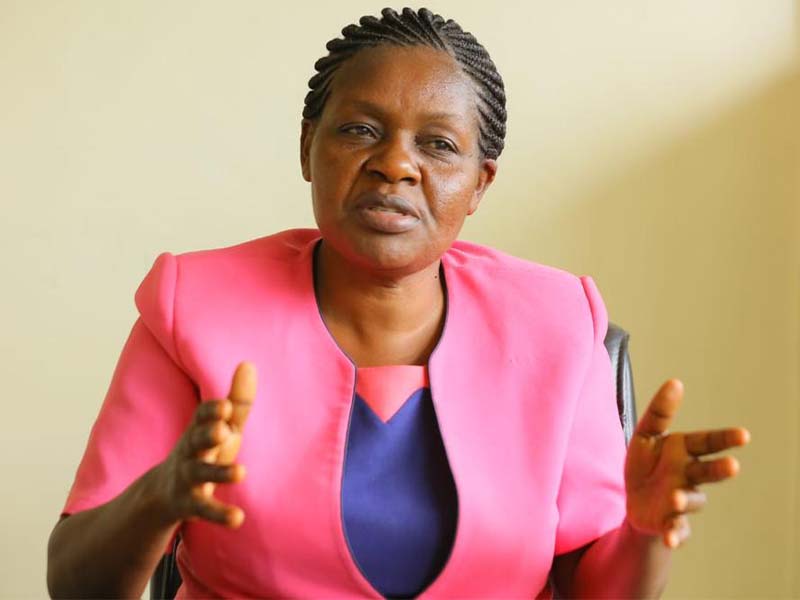 Miss Rachael Otundo, also called Rael Otundo, is a brave female politician from Kisii County. Her renewed interest in the gubernatorial race is a conversation starter. Many are particularly curious on her life story and leadership record. Coming up is a summary of Rachael Otundo biography.

Miss Otundo is a former official in the Ministry of Lands, Housing & Urban Development. Resigning to join politics is a tough decision she made years ago. Otundo is now chasing the top most county seat with a fresh manifesto.

Miss Rachael Otundo is famous for her influence as an aspirant MP, Nyaribari Chache Constituency.

The young Otundo dreamt of becoming a leader in later years. Her motivation is to end violence against women in the patriarchal Gusii community.

Miss Otundo is equally out to empower women into the positions of power.

How old is Rachael Otundo?

Rachael Otundo is 54 years as of 2021. She is yet to confirm intimate details about her birthday and born year.

Otundo started schooling at Ibeno Primary School together with her younger brother.

She joined St. Charles Lwanga, Ichuni Girls High School. It is here she served as a school head girl, clearing her KCSE exams in 1984.

Furthermore, Otundo’s Facebook profile indicates she graduated from the University of Nairobi in 1989 with a Bachelor of Arts in Land Economics, 2nd Class Upper Division.

1990 is the year that Miss Rachael started working in the Ministry of Lands, Housing & Urban Development.

Her experience qualified her into the ranks of a District Lands Officer.

Rachael maintained her full time job in the Ministry of Lands until 2012 when left for politics.

Information about Rachael Otundo parents, family tree, husband, and children is scarce. We will update as soon as she slides the curtains.

Miss Otundo Rachael has been featuring in political scenes since the 90s. However, she gave up her career for politics in 2012.

Resigning to try her luck as a Member of Parliament for the people of Nyaribari Chache Constituency did not end within her expectations.

Sources indicates that Rachel lost the 2007 elections, a 2013 by election, and the 2017 general elections.

In all these cases, she was determined to become Member of Parliament in Nyaribari Chache Constituency.

Elsewhere, she lost in her move to become a speaker within the Kisii County Assembly.

Miss Rachael Otundo has previously lost thrice in her campaigns for the post of an MP.

She is still a strong believer of the fact that previous political losses are nothing more than lessons.

Besides, Rachael Otundo is a vocal leader behind the place of women in society.

She is optimistic that the Gusii community will soon end gender based discrimination in elective positions.

It is the unmet dream of becoming a National Assembly lawmaker, which pushed Otundo into the gubernatorial race.

She hopes to rise against rival contestants such as Hon Simba Arati and Chris Obure to unseat Governor James Ongwae come 2022.

Miss Rachael Otundo is an executive in the Gusii Governance Watch, a third eye on Kisii leadership.

She is critical on holding fellow political leaders accountable in their respective offices and duties.

The initiative seeks to attract and empower more women political aspirants in the larger Gusii Community.

Civic education and capitalizing on weaknesses are two weapons that Miss Rachael Otundo intends to exhaust.

Group members meet every month to discuss and come up with solutions to their everyday challenges in politics.

DM Rachael for inquires and further engagements on her political game plan and alignment.

Miss Rachael Otundo biography confirms that she is a strong woman, unlikely to give up before achieving. She has joined Hon. Janet Ongera in the list of women ready to unseat Governor James Ongwae.