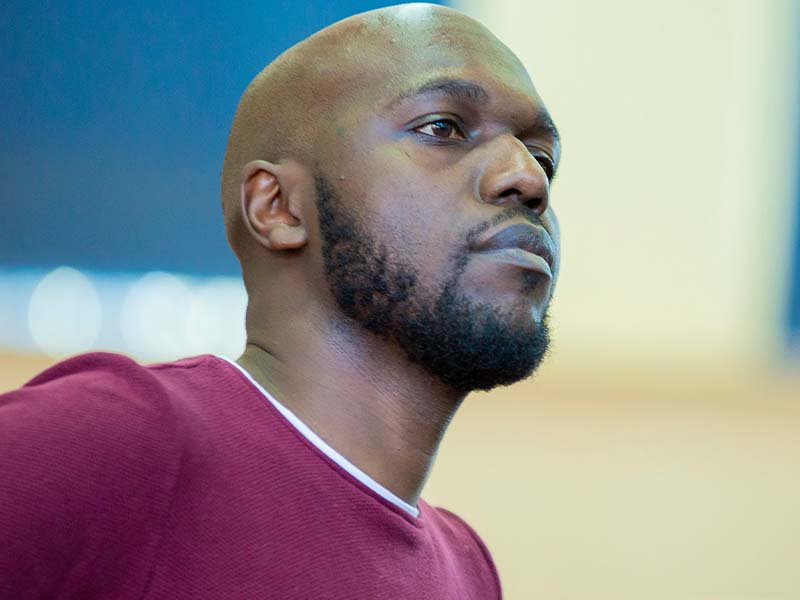 The multitalented Larry Madowo is a well-travelled Kenyan journalist and international correspondent. He is everything from a nomad to a jokester on famed livestream television networks including NTV, BBC, CNN, and Washington post. Larry Madowo biography spills it all about his age, beautiful wife Victoria Rubadiri, CV, tribe, family history, career, and latest news.

The highly dynamic Larry Madowo is a fresh energy with a mic at hand, a new vocabulary, and confidence at heart. He never fails to arouse the right emotion when telling live coverage stories. The fact that he has reported from at least 40 countries across the world say no less on his booming career experience and salary.

The hunky looking Larry Madowo brags the queen’s language with an articulate understanding of contemporary ideas.

The fact that he shares the same ethnic background with the former US president Barack Obama and Patrick Loch Otieno Lumumba (PLO Lumumba) explains his eloquence.

Who is Larry Madowo?

Larry Madowo is a newly hired Nairobi based correspondent for CNN. His fresh role came barely within days of resigning from BBC.

How old is Larry Madowo?

Larry Madowo age is 35 years as of 2022. The news anchor celebrates his birthdays on 14th of July.

Madowo Larry is of the Luo tribe from the Kenyan lake region, largely dominated by the Nilotic sub group population.

However, the journalist grew in various parts of the country among them his hometown Siaya, Kisumu city, and Nairobi County city.

And now, Larry Madowo is highly conversational in multiple languages among them Luo, Swahili, English, and French.

Larry Madowo spent a better part of his early years focusing on becoming a Catholic priest.

He would later disown the idea of becoming a priest, and nearly the whole idea of religion.

The father of Larry is Mzee Madowo. On the other hand, the mother of Larry Madowo is Treazer Anyango. His mom was a primary school teacher.

Unfortunately, Larry Madowo’s parents passed on leaving him an orphan at age 14. As a result, life’s struggles kicked in at a relatively young age.

Liz Madowo is the most popular of Larry Madowo siblings.

The gorgeous Liz is a graduate from Moi University now an established fashion blogger and trendy stylist.

The biography of Larry Madowo does not offer addition info on whether he has more brothers and sisters.

His high school education ended with excellent KCSE grades. What followed is a complete change of priestly interests.

Tertiary studies in Kenya and USA

In 2006, the determined Madowo enrolled at the Kenya’s Daystar University for a Bachelor’s of Art degree in Communication.

In 2008, Madowo dropped out of college for a TV role at KTN only to return in 2014 for a continuation of his underway studies.

Larry Madowo proceeded his studies at Columbia University in New York, completing a Master’s Degree in Business and Economics Journalism.

While at Columbia University, Larry Madowo majored in a Knight-Bagehot Fellowship Program.

The Knight-Bagehot curriculum provides experienced journalists with an opportunity to sharpen their skills in line with finance and economics.

2007 is the year that Larry Madowo launched his journalistic career at Bahasha Fm.

In 2008, Larry divorced the books for a well-paying television role on KTN.

He worked at KTN for 3 years as a business reporter before joining NTV.

Larry became a business reporter and anchor on NTV for two years before proceeding to join CNBC.

Larry became an anchor in the South African based CNBC Africa news channel.

His stay the station pioneered the popular prime time, Eye of Kenya Show.

NTV hunted him back to Kenyan in December 2012 after a short period of six months at CNBC.

Returning to Kenya from South Africa gave Larry Madowo another chance of continuing with his incomplete Bachelor of Arts studies.

His role at NTV left him with enough time to work with leading global news outlets on a freelance basis.

These opportunities came with priceless skills and a rare exposure of busy newsrooms.

Why is Larry Madowo leaving the trend? Madowo left his five year show in mid-2017 on what he termed as a copyrights crisis.

The fact that most TV stations had adopted the style of his show may have challenged him to moving a step higher in the industry.

Above all, Moses Kuria interview with Larry Madowo and that of Vera Sidika are particularly memorable.

Luckily, CNN website agreed to publish the high disputed article in the wake of 2018.

April 11, 2018 is the day that Madowo landed a business editor job at BBC News Africa.

His roles entailed leading an interstate team of business journalists from countries such as Lagos, London, Dakar, Johannesburg, and Nairobi.

Larry moved from the African space to cover news within the United States of America, Washington, in the District of Columbia.

Larry maintained the position between June 2020 and May 2021, when he joined CNN.

Where is Larry Madowo working currently? The former BBC News anchor Larry Madowo is currently working for CNN as a Nairobi based correspondent.

Returning home (Kenya) must be fulfilling for the well versed global news anchor who previously reported for BBC from North American.

Owing to his experience, Larry Madowo sacking news are rare.

Even so, Victoria Rubadiri and Larry Madowo married by walking down the aisle in a low-key wedding ceremony.

The sweet couple photos on their exchanging of vows are still scarce on the internet.

Sources among them Ghafla.com allege that Larry Madowo and his wife Victoria Rubadiri are a lovely couple preferring privacy around their relationship.

Like her husband, Victoria is an eloquent news caster alongside the prestigious Jeff Koinange of JKL Show on Citizen Television.

News Anchor Larry Madowo is pocketing a lump sum in millions of dollars every month. Here is a breakdown of his salary, wealth, and net worth.

Madowo recently displayed his classy Audi A4 ride with a swag. The cruise is reportedly one in his fleet of costly cars.

The luxurious sparkling white car with an interesting number plate, “I love (heart emoji) NY Wagyu”, is still trending amid suspicions on its ownership.

Details about his stately mansion and business investments are underway.

How much does Larry Madowo earn?

Therefore, Larry Madowo monthly salary at CNN is about Ksh. 1.5 million per month. The income exclude tokens of allowances accrued to all CNN reporters.

How rich is Larry Madowo?

He is, therefore, one of the richest journalists in Kenya alongside Jeff Koinange.

Madowo is your no ordinary news anchor with several mentions, nominations, and awards on his CV.

He is still rising higher on the scenes of fame.

Contact Larry Madowo for further inquiries and more information on his profile.

Larry Madowo biography is a new breath in the Kenyan journalism space and the world at large. Indeed, kissing success at an early age of 20 years sets him apart from the rest.