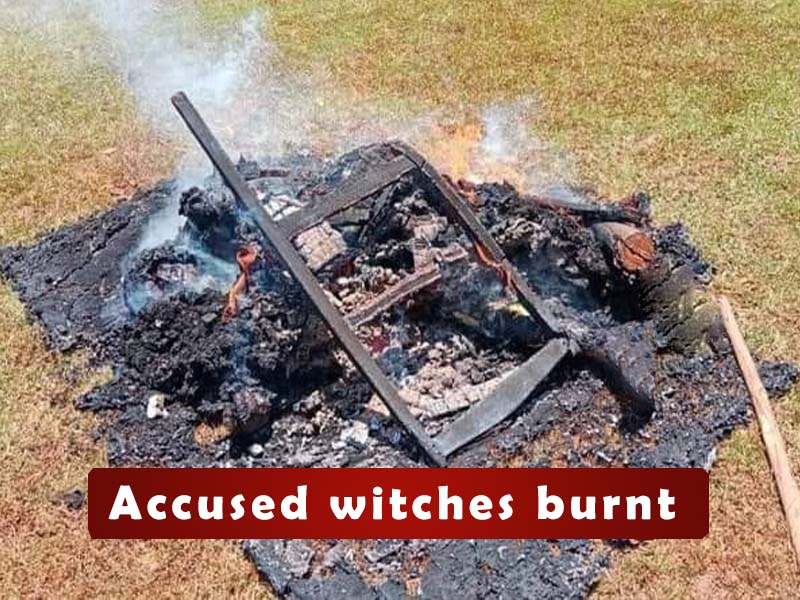 A recent incident in which four elderly women were torched to ashes in Kisii County has left the nation talking. The resulting fracas became more intense after airing on Getembe TV and Citizen TV News. Nonetheless, photos and videos of witches burned in Kisii continue to raise mixed reactions.

Reports claiming Kisii the most witchcraft tribe in Kenya after Kamba, Luhya, and Luo communities continue to circulate.

These sorcery belts are off-course notorious for all the good and wrong reasons alike.

Killed for bewitching a 17-year-old boy

The four culprits allegedly bewitched the 17-year-old Chrisphine Makworo in the dark, leaving him dumb and unable to speak.

Reputable sources have confirmed that Makworo is a form four student at Nyagonyi ELCK Secondary School.

Further sources indicate that witches called Makworo into the dark of the night on October 16th.

The accused witches returned him to the house dumb.

Those called at night by Kisii witches are often unable to communicate at dawn.

It is surprising how a single spit from any of the involved witches can restore the lost speech.

That is perhaps why the mob agreed to screen for witches using the spit method.

It all started with an assembly of villagers, each spitting at Makworo in turn.

Makworo regained his speech at last following a spit from an elderly woman.

As a result, she faced wrath to produce more witches ahead of the bloodshed.

Can the spitting test justify these delicately held extra-judicial killings?

A section of netizens has congratulated the villagers for uniting to end witchcraft in society.

The rest including Kisii Deputy County Commissioner Patrick Muriira have warned Omokona villagers against taking the law in own hands.

According to DCC Muriira, the police arrested four suspects in connection with the killings.

Disturbing videos of witches burned in Kisii show that sorcery is still a major social problem. Even so, the killings were unlawful considering that everyone is innocent until proven guilty by the court of law.