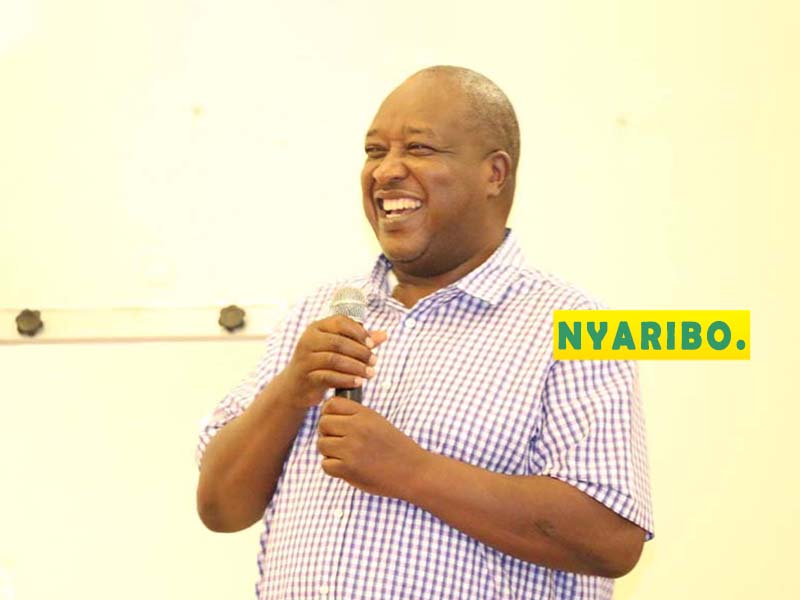 Amos Nyaribo is a prominent Kenyan politician now governor of Nyamira County. The new boss is reputable for his leadership and a good record of accomplishments. Hon Amos Nyaribo biography says more.

The Nyamira Deputy Governor Amos Nyaribo became governor on December 29, 2020. Details about Nyaribo’s swearing-in ceremony and what the Nyamira people should expect are finally out.

He became governor following the sudden passing of Governor John Obiero Nyagarama at the Nairobi Hospital.

Locals are hopeful that he will clean up the slightest mess that John Nyagarama tolerated.

Information about Amos Nyaribo wife and family are under review.

The governor is an academically qualified politician to hold the gubernatorial position.

Hon Amos is a Bachelor of Commerce degree holder who has served in different managerial positions. Furthermore, he is a charted accountant.

The governor is a member of the ANC Party. He gained his position as deputy governor by joining hands with the ODM diehard, John Nyagarama.

The deputy governor gained the status of a governor at Nyamira Primary School ground. High Court Justice Esther Maina presided over this special event to the end.

Wickliffe Oparanya and Eugene Wamalwa are among the top dignitaries who witnessed the swearing-in exercise.

Succeeding Nyagarama with a new agenda

Amos Nyaribo promised to fight back on runaway corruption. He also restored hope on the expansion of health, agriculture, and industrialisation sectors.

The governor also emphasised that he will prioritise on Nyagarama’s incomplete projects during his time in office.

Amos Nyaribo deputy governor office is now vacant and waiting for his appointment.

Hon Amos Nyaribo inherited a deeply divided executive even as more work calls for action within the coming 18 months.

The late John Nyagarama and his deputy

These regional kingpin politicians were long-time friends and collaborator.

Their good relation became more conspicuous when Hon. Amos Nyaribo chose to join hands with Nyagarama instead of vying as his rival.

The kisiifinest.co.ke findings have confirmed that Nyagarama and Nyaribo kept pulling together despite open disagreements on governance matters.

Amos Nyaribo biography shares an admirable open book personality for the Nyamira people. Many are for this reason waiting patiently for a taste of his leadership style. Will Nyaribo’s leadership be any better?