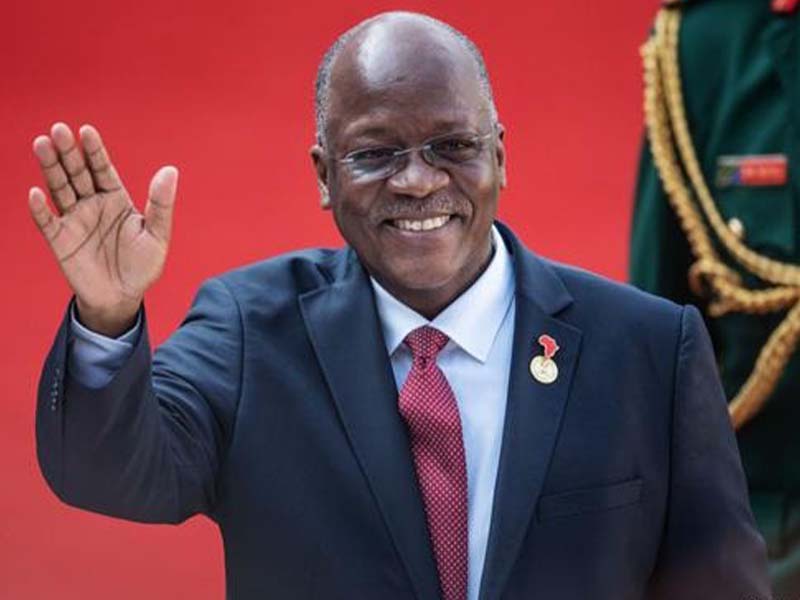 John Pombe Joseph Magufuli was a respected statesman and the fifth president of Tanzanian between 2015 and 2021. Speculations about his health started weeks before he was declared dead on March 17, 2021. And now, the world is curious to know more about the fallen African hero. John Pombe Magufuli biography says it all.

The regime of John Magufuli as president in Tanzania was unique and exemplary to the rest of the world. His firmness and articulate understanding of policies earned him millions of supporters and critics alike. Whatever the political side one may take, Magufuli was a man of good standing.

Let us go on with new facts on the cause of death, Magufuli’s leadership style, and the inauguration of Samia Suluhu as the new president of Tanzania.

1. Magufuli had fancy nicknames such as Bulldozer

Magufuli’s most common nicknames were Bulldozer and Chuma, which translates to iron.

He earned these praise-worthy titles from his strictness on service delivery. He was indeed a bulldozer with unbending thoughts on corruption.

2. He was a chemistry and mathematics teacher by profession

John Pombe is a former teacher at Sengerema Secondary School, where he instructed between 1982 and 1983.

He later abandoned the profession for an industrial chemist job at Nyanza Cooperative Union Limited. Magufuli worked at the company between 1989 and 1995.

The late president of Tanzania first became a member of parliament for the Chato District in 1995. He went on to serve as a deputy cabinet minister for Works.

Magufuli defended his seat as an MP in 2000 and became a Cabinet Minister of Works after that.

The National Electoral Commission (NEC) declared Magufuli as a winner of the 2015 presidential election with a vote swing of 58 percent.

Magufuli and his running mate Samia Suluhu assumed office after a swearing-in ceremony held on November 2, 2015.

5. Did Magufuli defend his seat with force or votes?

The October 2020 presidential election ended with Magufuli on the spot as a dictator. International bodies such as Al Jazeera accused Magufuli of the political unrest that ensued.

While some insist that the exercise was fair, others maintain that Magufuli suppressed the opposition to his advantage.

6. Ruling in the spirit of Pan Africanism

Magufuli is a typical example of a pan-Africanist leader. His economist approach on government spending and borrowing excited many.

He is on record for speaking in favour of taxpayers and bashing extravagant government officials.

Even better, he faced all forms of neo-colonialism from first-world countries such as China.

Threats and arrests are some of the measures that Magufuli used to keep the opposition below his belt.

His bold approach often conflicted with the interests of human rights activists from across the world.

The progressive world accused Magufuli of standing against lesbianism and emerging gay trends.

He later launched a probe to search convicted homosexuals. Several of those arrested faced the blunt side of the law.

9. John Magufuli cause of death revealed

The former present made his last appearance on February 27, 2021. Initial rumours stated that Magufuli was unwell and bedridden with COVID-19 related symptoms.

However, trusted sources maintain that Magufuli died from a heart attack and not coronavirus, as earlier speculated.

The opposition members were among the first to raise suspicions over Magufuli’s sudden disappearance from the public eye.

Samia Suluhu is now the new president of Tanzania, barely a day after announcing the death of her boss John Magufuli.

The well-spoken Samia rose to the position, becoming the first female commander in chief since Tanzania’s independence.

Her swearing-in on March 19, 2021attracted worldwide attention even as the country continued to mourn the late Magufuli.

Her Excellence Samia is a mother of four lovely children, including the second-born Mwanu Hafidh Ameir, now in the Zanzibar House of Representatives.

On the other hand, Samia Suluhu husband is Hafidh Ameir, a retired agricultural officer.

The two sweethearts married in 1978 and have built a lovely home together.

Who is Samia Suluhu Hassan?

The sixth president of Tanzania, Samia Suluhu, is a CCM Party member and formerly a deputy president.

Besides, the 61-year-old Samia Suluhu became the first female vice president in 2015.

She has attained another milestone becoming the 5th female president in the African continent.

President Samia is an Economics graduate from the University of Manchester.

She formerly worked as a cabinet minister before joining hands with Magufuli for the presidential bid.

John Pombe Magufuli biography summarises his successes and failures as a Tanzanian leader. Nonetheless, the world will forever cherish his fearlessness and contributions to pan-Africanism.