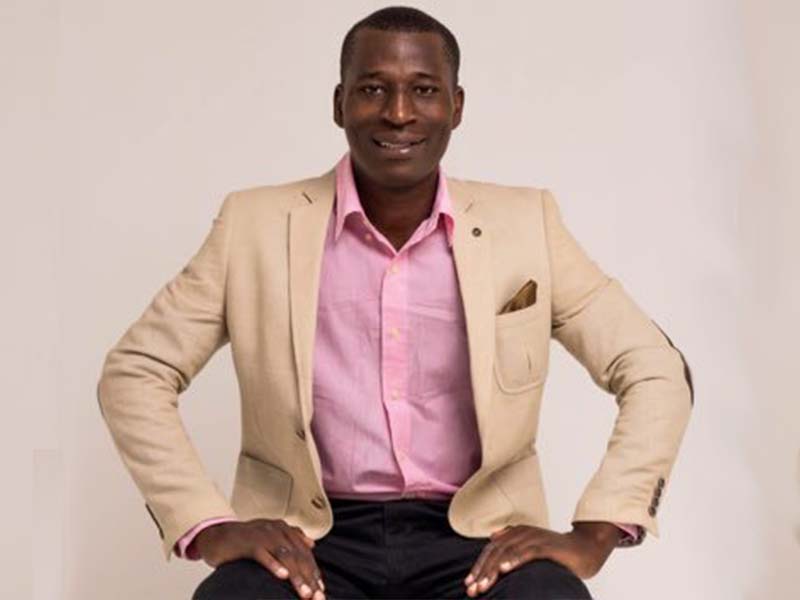 Cyprian Nyakundi is a Kenyan investigative blogger with a reputation of exposing corrupt politician and impunity driven parastatal bosses. The boy child president is also outspoken for locking horns with feminists on matters gender equality. A summary of Cyprian Nyakundi biography confirms him an out of the ordinary sensation.

The list of best bloggers in Kenya is not complete without Cyprian Nyakundi and the controversial Robert Alai at the top. The two are particularly on the spot for picking high profile disputes without fear. Various profile facts about Nyakundi Cyprian will grab you.

Cyprian Nyakundi is famous for staging himself as a boy child president, fighting corrupt politicians, and exposing corporate fraud.

We have been following his story and it is all a daring journey for the chosen few.

How old is Cyprian Nyakundi?

Blogger Nyakundi celebrates his birthday on January 1st, even as the rest of us are busy welcoming a New Year.

Cyprian Nyakundi is of the Kisii tribe which occupy the western parts of Kenya, near Lake Victoria.

He was born and raised in Keroka area within the larger Gusii land. Nyakundi would later move to Meru County before settling in Nairobi City County.

Cyprian is yet to open up about his childhood and early life experiences.

The parents, brothers, sisters, and wife of Cyprian Nyakundi remains a top secret in his profile.

Similarly, he has not shared any information about girlfriend and close family relatives.

In 2010, Nyakundi Cyprian took up a Bachelor of Science course in Actuarial Science at the Meru University of Science and Technology (MUST).

In 2012, he received a suspension of one academic year for exposing the institution on social media.

Nyakundi remained unapologetic and was eventually suspended from Meru University in 2014.

Some sources allege that he proceeded with his higher learning at JKUAT.

Firstly, Cyprian Is Nyakundi received a one academic year suspension from Meru University in 2012.

Administrators accused him of taking to social media to complain about inadequate facilities at the school.

Cyprian Is Nyakundi was particularly unhappy with a lack of enough chairs, messy student cafeteria, and outdated learning materials in the varsity library.

He resumed classes in May 2013 after serving his disciplinary term at home.

Secondly, blogger Nyakundi received an expulsion for persisting to tarnish the University image on social media.

The fateful letter advised him to appeal the expulsion to the university vice chancellor within a couple of weeks, 14 days.

The desperate Nyakundi had no choice but to quit altogether.

A helping hand from Dennis Itumbi

Dennis Itumbi, the Director of Digital Innovation and Diaspora in the Office of the President, came to Nyakundi’s aide following a suspension of 2012.

The well-respected Itumbi has confirmed not being in a position to overturn the final decision of the Meru University Disciplinary Committee, Senate.

Nyakundi remains a strong believer in freedom of speech as a tool of pursuing justice for the oppressed.

Cyprian had this to say about his unwelcome expulsion from Meru University.

“I always like speaking out whenever there is a problem in society and this has not gone down very well especially with the authority of Meru University. I like using social media and whenever there is a problem, I usually raise it and hear people’s views. Sincerely speaking social media is a great avenue for raising issues and even getting solutions to our dynamically changing society”

Cyprian Nyakundi remains steadfast and focused on his skill of fetching truths and exposing under-hand dealing.

The publicity of Cyprian Nyakundi’s expulsion from Meru University earned exceeding following on social media, turning him into a freedom icon.

On his side were big names such as Denis Itumbi and mainstream media outlets.

Cyprian Nyakundi is owner and founder of Cnyakundi.com, a blog website company he launched in 2013.

The site has since grown its readership base and is now an advocate of free speech regarding corruption, fraud, and breaking news.

Apart from Google AdSense, he banks a fortune from publishing human interest stories as well as exposing rogue brands and persons.

Cyprian Nyakundi’s Onward Africa Company is all about marketing and advertising, with a focus on three main services;

Nyakundi started Onward Africa in 2016 with a vision of turning it into a data mining, PR, internet research, and social media hub.

A bottomless energy is what drives Cyprian Nyakundi into picking fights with influential persons regardless of position and power.

The blogger often exposed the fallen British businessman, Bob Collymore, for even the slightest mistakes.

Cyprian Nyakundi biography on celebrities who have sued him

Top Kenyan celebrities who have challenged Cyprian Nyakundi for defamation include Larry Madowo and Bob Collymore.

In addition, Cyprian Nyakundi vs Caroline Mutoko exchanges are unending because the two stand on the extreme ends of heated gender debates.

The boy child president has in several occasions slept behind the bars for publishing sensitive content on his website.

Celebrities and top brands often drag him to court whenever they feel provoked, but does he stop?

After all, Cyprian Nyakundi enjoys exposing lawbreakers at the slightest mention.

Cyprian Nyakundi net worth and salary

Cnyakundi.com reportedly earns Nyakundi a salary of at least Ksh. 250,000 every month from Cnyakundi.com website.

He pockets some more income from client-featured topics and exposes.

Cyprian Nyakundi missing info on cars, properties, and houses is under review.

The pay check and salary scale of blogger Cyprian Nyakundi has been growing steadily within the past decade.

For this reason, Cyprian Nyakundi wealth is now in the tune of millions.

Supporters can now receive a live feed of Cyprian Nyakundi latest news through his Telegram Channel.

Besides, he encourages fans to share interesting stories on WhatsApp or email contacts.

Reach out to Cyprian Nyakundi to report cases of corruption and more. Also engage him for further inquiries.

Cyprian Nyakundi biography is now a weapon of fighting wrong doings in the society. It is surely a tool of free speech and transparency for the voiceless in Kenya.