Danlee Accident: Photos of Kisii Musician Behind Engina and Enywomo Songs After a Road Crash 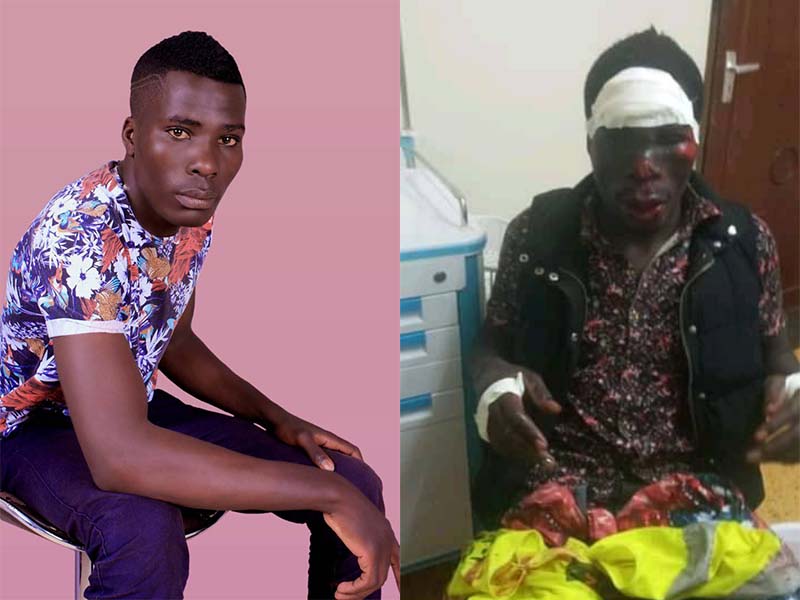 Danlee accident which happened on Friday night, April 15, 2022, is a story of interest among thousands of music followers.

Engina hitmaker who doubles as a motorbike rider sustained serious but manageable injuries on his way home. The 8 pm incident ended up worrisome on social media.

Having spent a better part of the day in a Kisii town based studio, Danlee started his journey home during rush hours.

Daniel Mogendi nicknamed Danlee was riding a motorbike to his ancestral home near Igonga Primary School when he rolled on the meandering tarmac, head first.

Danlee’s mother Lucy Mogendi says she was expecting him at the village only to learn about the horrific accident and admission to Nyangena Hospital.

She further intimated to Onguti Waves about her son surviving a grisly road accident and struggling with the hospital bill.

Bloody photos circulating on Facebook display a bandaged face with freshly cut wounds on the left eye, nose, and mouth area. On top of that, a severe dental damage.

The multi-talented Daniel Mogendi has released even more street bangers on his YouTube Channel with at least 10k subscribers.

Further sources indicate he is a married man with a beautiful wife and an adorable child.

Danlee accident has not only exposed the loyalty of supporters but also the influence of his music in the highly competitive Gusii creative industry.