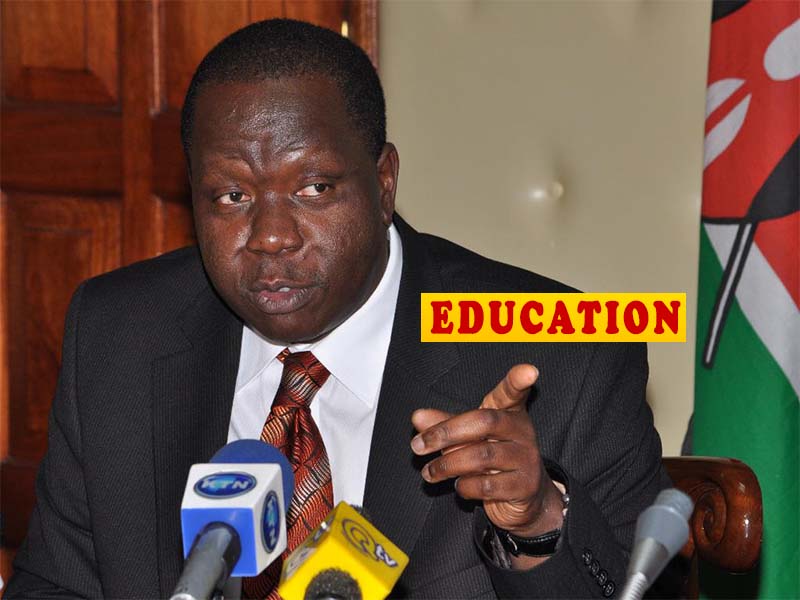 Gusii People are notorious for ensuring and sometimes forcing quality education on their children. For this reason, a section of young boys and girls without an appetite for good grades must comply until they are old enough to rebel. Luckily, a majority are born geniuses with Dr Fred Matiangi Education history a case in point.

The super CS in the regime of President Uhuru Kenyatta is not only tough but also learned. Kenyans cannot stop admiring his tolerable strictness on matters of public interest. His uprising in national leadership is particularly motivating among tribesmen.

A copy of Dr Fred Matiang’i CV pdf shows that he is a highly qualified and well-travelled professional.

One striking thing about him is a low beginning followed by a steady rise in academic charts.

Which high school did Matiangi attend? CS Matiangi attended Kiabonyoru Mixed Secondary School between 1981 and 1984 for his O-levels and thereafter Kisi High School for his A-Levels.

CS Matiangi as a kitchen prefect

While at Kiabonyoru, Matiangi was nicknamed Nusu Mwalimu for his exceeding firmness and brilliance in class.

“He was the most trusted student because he was bright with exemplary leadership qualities which every other teacher admired.”

Matiangi’s English Literature teacher, Mr Livingstone, says he was less of a student and more of a teacher.

“Matiangi could walk around with a cane just like a teacher and cane anyone who was on the wrong side of the school rules.”

At first a dorm prefect, Matiangi became a kitchen prefect.

“Whenever Matiang’i was in the front of the kitchen line, no one would dare overtake seconds.”

Julius Onduso who was in form two when Matiangi was a candidate remembers him as a threatening dining hall prefect.

From Kiabonyoru, Matiangi proceeded to Kisii High School, and eventually enrolled at Kenyatta University for a Bachelors of Education Degree in English Literature.

Matiangi started his career as an English Literature teacher at Menyenya Secondary School.

He later joined the University of Nairobi for a Masters’ Degree and then a PhD in Communication and Comparative Literature.

Before joining the political space, Matiangi worked as a columnist for the Daily Nation Newspaper.

At the same time, he was a lecturer at Egerton University and Nairobi University. Besides, he worked with the Rockefeller College of Public Affairs and Policy.

At first, Matiangi joined the Ministry of Communication, Information, and Technology.

He remained steadfast until 2015 when President Uhuru Kenyatta appointed him as Cabinet Secretary for Education.

Matiangi went on to initiate thorough reforms that are effective to this day.

The mysterious death of Joseph Ole Nkaissery saw Matiangi succeeding him as the Cabinet Secretary for Interior and Coordination of National Government.

He has since maintained the position for his experience and knowledge in governance.

Dr Fred Matiangi Education background is widely admired given his competence in scholarly and administrative roles. His clean legacy in various ministries is particularly notable.