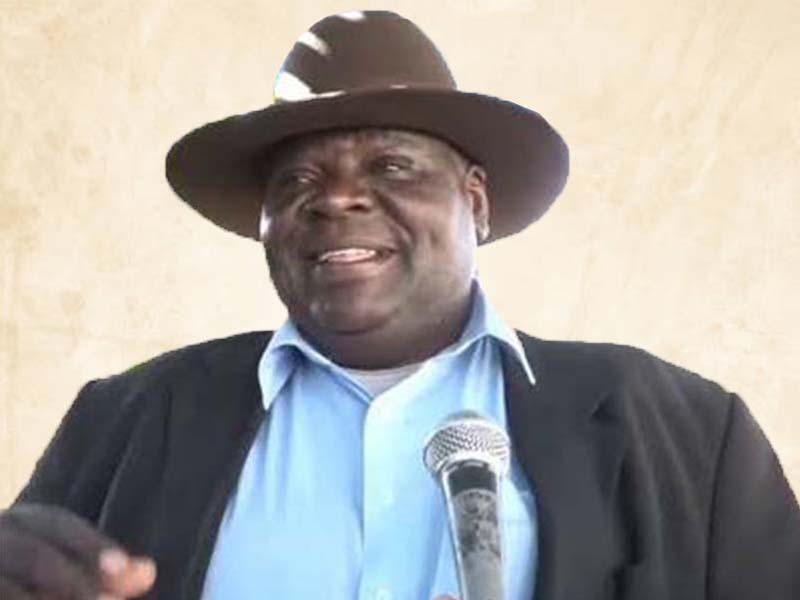 Kisii Central Ward MCA Kepha Mogaka Mrefu is the tallest man in Kisii town with a strong stature and enough tokens of confidence. He is everything from a comic politician to a successful businessman. Kepha Mogaka Mrefu biography shares an interesting life story.

MCA Mrefu is famous for his English flavoured Kisii and Swahili speeches. Still circulating on social are clips of Mrefu from the Kisii County Assembly. These have left many questioning his qualifications as a ward representative.

Mrefu is a Swahili word meaning tall in English; Kepha Mogaka earned this nickname for his towering height and masculinity.

Who is MCA Mrefu and why do Kisii residents love him so much that they cannot skip his speeches?

1. Mrefu was born in Kisii town at Kiamabundu

The ancestral home of Kepha Mogaka alias Mrefu is at Kiamabundu, a few meters from the central business district in Kisii town.

Growing up in Bosongo exposed Mrefu to the tact of survival in Bosongo town.

2. Mrefu is a bachelor’s degree holder from JKUAT Kisii Branch

MCA Mrefu is a degree holder from the famed Jomo Kenyatta University of Agriculture and Technology.

Dropping out of primary school did not stop Mrefu from joining his dream Kenyan university.

He recently flaunted a graduation gown having completed his studies at JKUAT.

3. Kepha Mogaka Mrefu biography shows he was initially a hawker in Bosongo

Mrefu gained fame during his early years of working as a hawker in Kisii town.

Being outspoken eventually earned him recognition as a lead youth mobiliser for Simeon Nyachae.

It is confirmed that former president Daniel Arap Moi relied on Mrefu for all political groundwork.

A good relationship between Nyachae and Mrefu sparked ahead of 1992 when Nyachae was about to contest as an MP for Nyaribari Chache constituency.

“Nyachae was my mentor. I would not be a leader without his assistance. Later, I went back to school and even got a university degree.”

We can tell how he rose from a hawker to a respected Ford People Party youth winger but not how he became a deputy mayor of Kisii town.

Besides, he was a front-liner in Nyachae’s 2002 presidential bid.

Working as “Richuma Ria Nyachae” to mean the fist of Nyachae promoted a melodious campaign song.

Julius Sunkuli who was a Minister of State in the Office of the President declared Amachuma an illegal group in 2002 following a series of bloody attacks against opponent politicians.

5. Kepha Mogaka Mrefu biography on becoming an MCA in 2017

Nyachae’s Ford People party favoured Kepha Mogaka Mrefu for the position of a councillor in 2002.

Mrefu has since been switching the position with veteran politician Wilfred Monyenye Yoge.

The two have remained kingpins for decades giving no room for potential youthful successors.

His taking over happened amid the controversial abduction of Mr Frank Mirina.

Kepha Mogaka Mrefu biography is a fairy tale of success, fame, and power at their best. For that reason, we cannot underestimate the influence of Mrefu in the history and future of Kisii County politics.