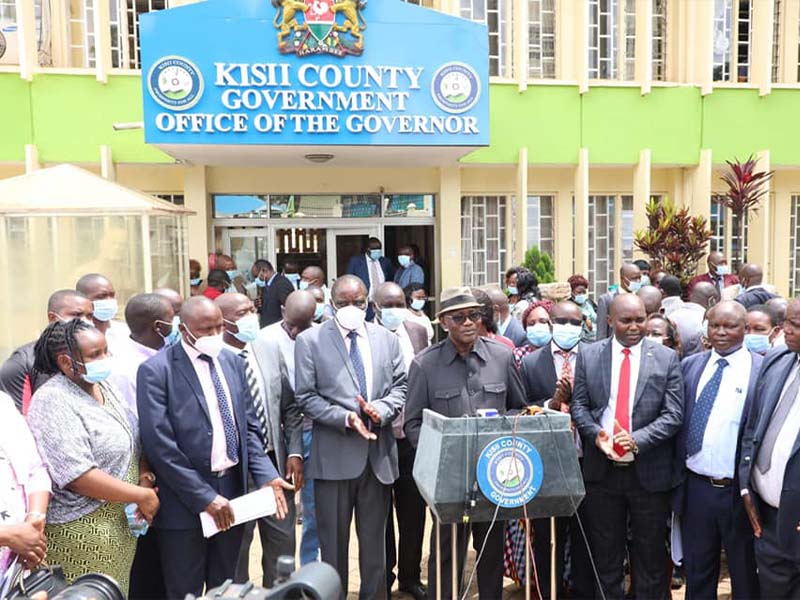 Kisii County map provides us with an excellent view of green fields dotted with medium sized urban centres. Between these mushrooming towns are well carpeted roads disappearing between shades of tall trees. A trip across Gusii highlands reveals even more information on Kisii county sub counties.

There is enough to admire in the land of Matoke, popularly called Kisii County number 045. Our tour across its borders is particularly exposing on the directions, locations, population, and related facts. Luckily, we have for you a summary of useful details about Kisii County sub counties and wards.

What is a sub county in Kenya?

Sub counties are an equivalent of districts in the former provinces of Kenya.

They are devolved administrative units through which various county governments of Kenya render public services.

According to the constitution of Kenya 2010, every sub county should coincide with one constituency.

However, some constituencies in Kisii County have up to two sub counties.

There are 9 constituencies, 11 sub counties, and a total of 45 wards as discussed below.

All the constituencies are administrative organs within the National Government.

On the other hand, sub counties are administrative units within the local government of Kisii.

Bobasi has two sub counties including Nyamache and Sameta. Also, there a total of 8 wards including the following.

Sameta Sub County and Nyamache Sub County population was 197,895 in the census of 2019.

Hon Innocent Momanyi Obiri of PDP Party is the Member of Parliament in Bobasi Constituency.

Ongoing talks to split Bobasi Constituency into two are yet to bear fruits.

These sub counties in Kisii County are a backbone of the ongoing regional socio-economic prosperity.

Who is the head of Sub County?

The Kenyan Constitution of 2010 directs these officials to work in line with the local government.

Various Kisii county sub counties vary in their sizes and population. While Bobasi constituency is the largest with Sameta and Nyamache sub counties, Kisii Central Sub County is the most populated.