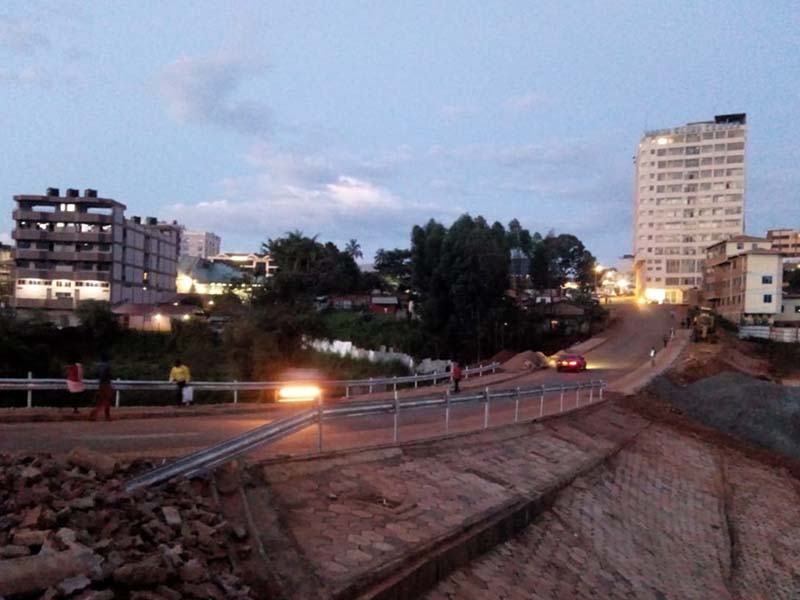 Long gone are the days when accessing Nyanchwa Estate from Kisii town CBD was not only difficult but also costly. Residents mostly relied on the meandering Stadium Road and Daraja Mbili Road which are often blocked with traffic jams. For that reason, the recently tarmacked Kisii Nyanchwa link road is a dream project in the area.

Residents can now move from Hospital Roundabout to Nyanchwa Estate via Elimu Centre Kisii in a matter of seconds. Quick transportation to the area will particularly spur businesses that have long remained redundant because of minimal foot traffic.

In his right hand was also MCA Duke Nyarango. Among others who graced the launch are county executives Vincent Sagwe and Edinah Kangwana.

Records show that World Bank provided much of the funding through the Kenya Urban Support Programme.

On the other hand, Civil Engineer Haron Oyaro of SS Mehta and Sons Ltd was the project manager of the multi-million road project.

Sources have confirmed that the passway will run behind the National Housing Corporation.

Speaking to residents on December 23rd, 2021, Ongwae welcomed additional facelift projects that will cost taxpayers to a tune of Ksh.10 million. These include;

Ongwae who had already mobilized Ksh. 2 million expressed confidence in completing these major infrastructural projects within a couple of years.

According to DG Maangi, the link will hike the value of real estate properties in the area.

Ongwae says the ongoing projects are preparing Kisii town for a population of 400,000 by the year 2030.

Kisii Nyanchwa link road branching from Elimu Centre and Hospital roundabout is finally operational after a construction period of 14 months. Locals agree it is a game-changer road that they have been waiting for years.