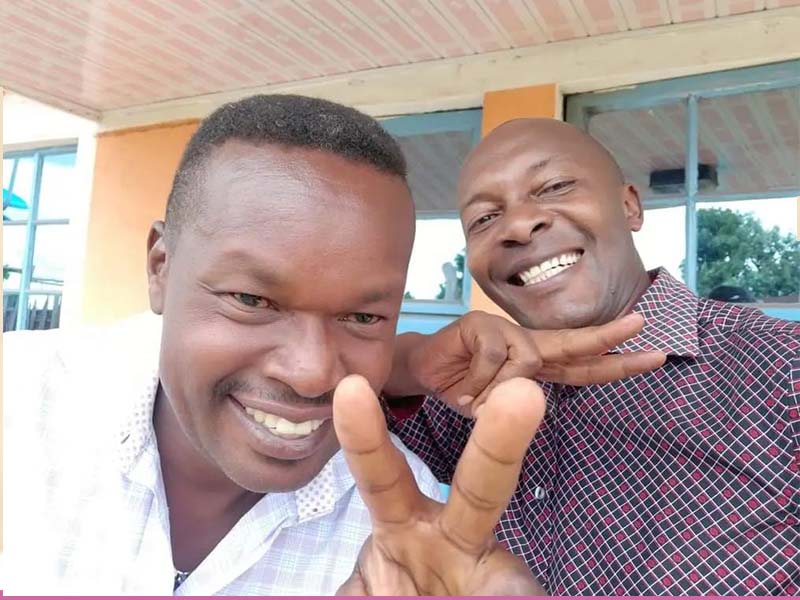 Kwasa Kwasa and Momanyi Kenyatta have finally agreed to call off their differences. Latest photos of original Bana Sungusia singers having a good time means a lot to their followers.

A tense relationship between Kwasa Kwasa and Momanyi is among the reasons why the Dot Com Boys disappeared from our screens. A celebrated reunion could mean a stronger comeback for Bana Sungusia Original band.

Original Bana Sungusia musicians have been lately engaging in close talks with the possibility of recalling their legacy.

Falling Falling hitmaker Omari Migisi had this to say on seeing Momanyi and Kwasa Kwasa together.

Excited fans have been captioning the pictures on Facebook with higher expectations.

On January 29, 2022, Kwasa Kwasa Internationale posted a photo confirming they are “Three in One.” Within the same day, he gave this warm caption.

Diblo Ntabo believes in a day when all departed singers will recall the original band.

For that reason, he is consistently sharing memorable photos of founding band members with an emphasis on Onsongo Omosongo, Kenyatta, and Kwasa Kwasa.

Only a fool who can’t change the mind!!

The reunion seems to have sunk well decades after the unfortunate fallout.

Kwasa Kwasa and Momanyi Kenyatta have promised to work together in restoring a fading legacy. Longtime fans cannot wait for the day that Bana Sungusia Original will reclaim its position in Gusii entertainment scenes.