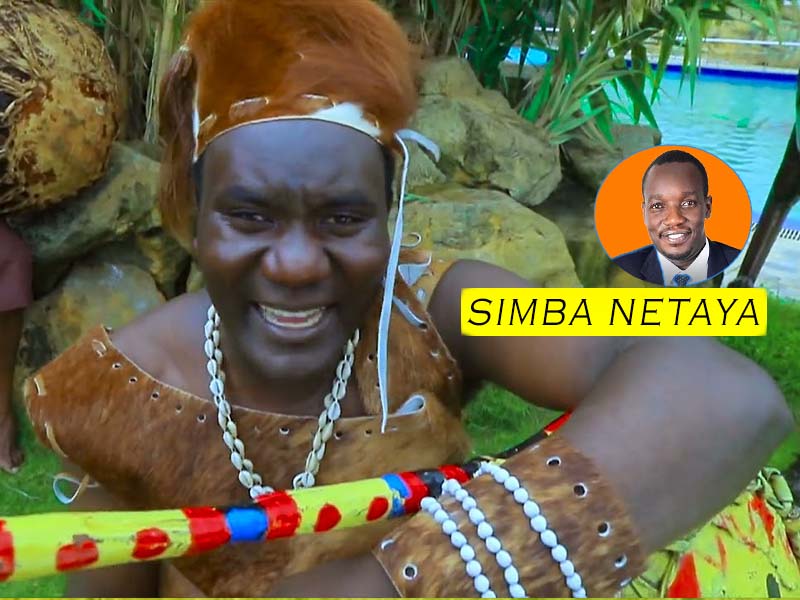 Simba Netaya hit maker Asango Nyabuyoma is a sought-after Kisii musician since dropping a viral anthem in favour of governor Arati. His lyrical song not only expressed profound support but also inspired supporters in a heated campaign season. J. Mambo Asango Nyabuyoma biography says it all.

Nyabuyoma who started singing a decade ago has been struggling for the best part of his career. Luckily, his star in music is finally shining brighter. Some of the governors who have benefited from his talent include the late John Nyagarama, Amos Nyaribo, and Paul Simba Arati.

Joseck Mambo acquired the nickname Asango Nyabuyoma after his grandfather who was equally a multitalented singer and instrumentalist.

Speaking to Nyamwembe TV, he recognized the grand dad as a role model.

On completing his KCSE exams in 2004, Asango sought admission to a Nakuru-based college for higher learning.

Asango says he started singing while in primary school. Initially a gospel artist, he discovered even more talents as the years passed by.

By the year 2013, Asango had already started expressing his musical talent in different forums including political gatherings.

Amid the interview with Nyamwembe Dennis, Asango opened up about his strenuous journey into the world of entertainment.

Among other challenges, the now-deceased father of Asango was against the idea of him becoming a musician.

At some point, he broke Asango’s radio in an attempt to shift his focus from music to education.

It is now about a decade since Asango started his music career, and he says the long wait for success is worth it.

Simba Netaya song by Asango Nyabuyoma loosely translates to ‘Simba Arati is light to the community.’

Surprisingly, Asango came up with the song Simba Netaya without a signed deal. Even so, the appreciative Governor Arati has already paid him at least Ksh. 100,000 for the street banger.

Asked what he would love to receive as a present from Governor Simba Arati, Asango mentioned a couple of wishes.

Firstly, he expressed an urgent need for a car to help him manage frequent travelling.

Secondly, he would love Arati to make his dream of a ‘traditional music tour’ to the United States come true.

J. Mambo Asango Nyabuyoma biography brings to light the most talented traditional musician of our age. His inborn creativity can only go a long way.