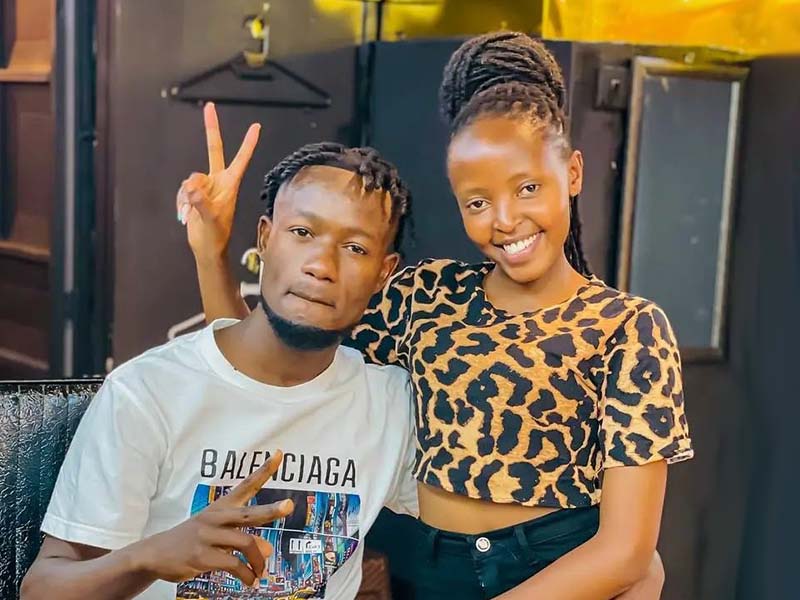 Director Trevor and girlfriend Mungai Eve are an admirable couple for their romantic and work-based relationship. They recently came under fire after disclosing millions in monthly earnings from YouTube. As a result, inquiries into the value of Mungai Eve net worth are unceasing.

YouTube is a leading digital employer among Kenyan youths with marketable online skills. It takes engaging content and persistent hunting for subscribers to accumulate sustainable wealth. A case in point is the relatable journey of Mungai Eve with a lapel mic in the dusty streets of Nairobi.

Mungai Eve YouTube earnings per month range between Ksh. 700,000 and Ksh. 1.5 million. She was pocketing the amount with only 240k subscribers.

Trevor and Mungai Eve YouTube salary is over Ksh. 1.5 million given that subscribers on the Mungai Eve channel have doubled to about half a million.

Impressive growth continues to attract the interest of powerful brands. While speaking to Afrikan Traveller, Eve revealed turning down a famous brand that wanted to become the face of her channel without acquiring it at a whooping Ksh. 10 million.

On declining the offer, the disappointed client reasoned that Mungai Eve was young and rude.

Main sources of income for Mungai Eve and Director Trevor Include YouTube AdSense, brand endorsements, and advertisement deals on their channel.

An increasing number of business adverts on the latest videos means a bright future. How rich is Mungai Eve?

Trevor and Mungai Eve 3 bedroom apartment house located in Kileleshwa is a testimony of their huge paycheck.

While in a question-answer session, a fan asked Mungai to mention the price of her well-furnished mansion.

The question translates to, “how much did you acquire your house for?” She had this to say.

“To own an apartment, probably on mortgage, or in cash, ama umebuy off-plan, yenye niko very sure it is between Ksh. 8 million and Ksh. 15 million. But in mortgage I am not very sure, coz unajua doo huwa inaenda iki…you have to pay interest. I am not gonna say ours but that is the rate actually.”

From her response, it is clear that Trevor and Mungai Eve bought the apartment crib in Kileleshwa at a cash price of between Ksh. 8 million and Ksh. 15 million.

In addition, a new Mercedes Benz car for the Youtubers at an estimated cost of Ksh. 4 million.

Trevor and Mungai Eve net worth

Mungai Eve net worth is averagely Ksh. 10 million considering the investments they have recorded with earnings from YouTube and leading brands.

Even so, YouTube tycoons Trevor and Mungai Eve are working even harder.

Mungai Eve net worth is rising by the day with an increase in the number of subscribers and business deals. Millions in monthly earnings are a motivation for better content and priceless investments.