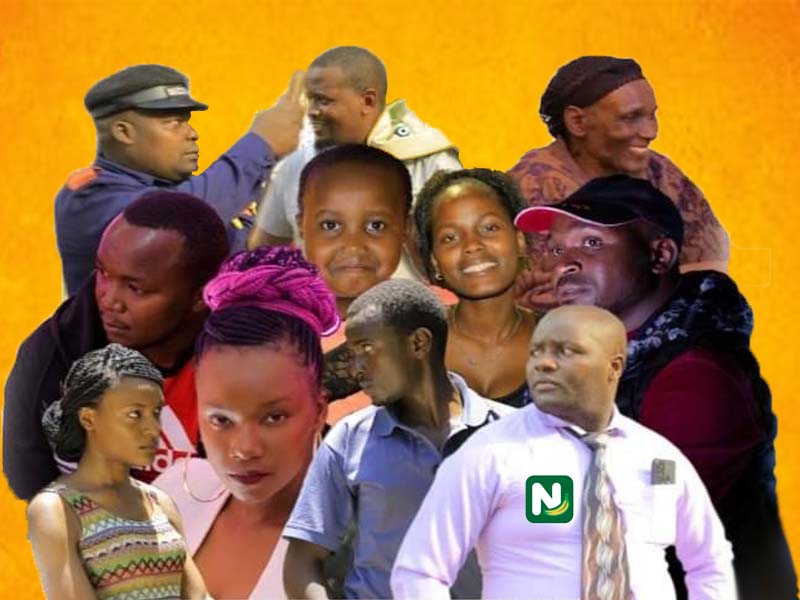 Ndizi TV is a fast-rising Kenyan media house within Gusii theatres. The creative group from 2015 is only getting better thanks to a dedicated family of directors, producers, actors, and actresses. Enlisted are the best Ndizi TV movies and films on Ndiziflix App.

The highly entertaining work of art on the Ndizi TV channel is rewarding with a series of emotional life experiences. Behind the progress are filmmakers Samora Kibagendi and Osoro the Actor.

It is exciting to watch Ndizi TV videos, even more so, their latest movies and films.

Every one of these releases has a touching real-life story with tokens of moral lessons.

The movie launched on Saturday May 21, 2022 amid accolades from a huge audience.

Hundreds of renowned artists turned up at Kwanza Place, formerly Mocha Hotel, to celebrate the milestone.

The film is mostly about Osoro’s twisted romantic affair with his first wife.

Osoro the Actor has confirmed that the film is dedicated to the autism community.

The film introduces various twists about a girl who drops out of school upon losing a father.

Being discontinued from school forces her into prostitution after which she becomes a single mother.

It is moving how she desperately throws herself at sponsors for the livelihood of her child.

The film Eriso Riane is about a man who lives luxuriously without minding a sickly mother and poor siblings.

In the end, he can somehow afford a costly funeral ceremony for his dead mom.

In t6he film, a United States based girl suffering from cancer travels home to spend her final days with those she loves.

In the process, she reconnects with an already married lover from high school. Their sweet moment turns out a nightmare.

An initially innocent and naïve maid turns the marriage of her boss upside-down resulting in a bitter separation.

She is caught red-handed never with regrettable consequences of her evil doings.

It is only days into marriage when a strange woman leaves Osoro’s baby by the doorstep.

His marriage will never be the same again. In the end, he has no option but to become polygamous.

Prejudice against orphans is an old story but watching Entakana refreshes the flavour.

Entakana which means an orphan is a film about a hopeless girl who loses both parents.

The guardian uncle mistreats and threatens to sell her off.

Okiondo, Sabina, Nyanchoka, and Kobiro are the main actors in this timeless film.

The painful story of a blind girl, helplessly mistreated by an elder sister comes into life in the Omouko movie.

In one scene, the blind girl is abandoned and thrown in the rain. In another, a village boy sells her for sex.

It is tear-dropping how she cannot trace her way home after a resulting rape incident. The depths of her sufferings are far-reaching.

Oboremo is one of the best Kisii movies meaning Land. It brings out escalating conflicts between orphaned brothers.

The more learned elder brother mistreats the younger and constantly humiliates him to the extent of attempting to sleep with his wife.

The situation breaks loose when they start hunting each other with machetes.

Mosoti from a poverty-stricken background settles for low paying manual jobs in the village.

Sadly, he ends up frustrated at the hands of a heartless employer. Will love rescue him from this painful trap?

Ndizi TV dropped this teenage based Christian movie in 2017 to enrich young people with necessary life lessons on matters of sexuality.

The film is a story of a teenage high school boy who impregnates an equally schooling girlfriend.

Kosa Langu highlights the role of churches, mosques, parents, teachers, and society in guiding teenagers and shaping their characters.

Lead actors and actresses in the celebrated Kosa Langu movie are Okiondo, Osoro, Makumba, and Boyani.

The film Ningwanchete meaning “I love you” was a valentine dedication to all Ndizi TV followers in 2017.

The movie revolves around a touching love story of a young man who keeps hurting a loyal girl.

It is unfair how the man takes her for a friend while she is considering him a potential husband.

Another tear rolls down when she blasts him pleasuring her best friend inside a room.

The movie Obokabara which translates to naughtiness was launched in November 2016.

It features a comic story of three village friends who are struggling with extreme poverty.

They have no other option but menial jobs for survival; the film portrays them as naughty crowns.

Where can I get Ndizi TV movies?

A steadily growing fan base suggests a brighter future for all talents displaying local art and culture.

Ndizi TV movies are trending because of their urban touch and traditional appeal. Most importantly, the list of films on Ndiziflix is becoming longer by the day.