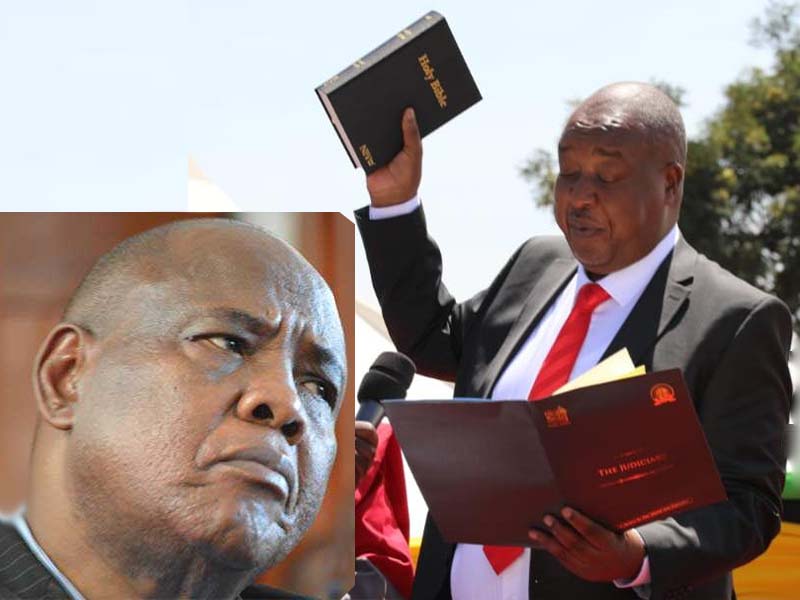 The list of Nyamira governor aspirants is ballooning by the day even as 2022 politics beefs up. Meanwhile, gubernatorial race candidates are busy drumming for support alongside running mates. Governor Amos Nyaribo is one of the most likely contestants, who else will be in the ballot?

The death of Governor John Nyagarama left Nyamira a hotbed of power thirsty and change driven leaders. Many of these have already rolled out their leaderships interests. Some more are finalizing on their manifestos and choice of deputies. The game of numbers is likely to get tougher.

Prominent Nyamira politicians are among those leading in Amos Nyaribo’s succession plot.

These include elective ranks such as Member of Parliament.

Early campaigns have hinted that Amos Nyaribo will have a difficult time defending his position as governor.

Even so, supporters are confident that his legacy will speak on behalf to the voters come 2022.

Sure enough, he has only been in office for a few months attracting more followers than critics.

A section of gubernatorial candidates are in the process of choosing their deputies.

Trends indicate that clans with a greater influence are likely to receive first priority in these political decisions.

Similarly, the people of Nyamira will likely vote for leaders with a good legacy as opposed to the corrupt.

Kisii Finest Media will share a detailed report of all running mates as soon as confirmed.

Top Nyamira governor aspirants are ongoing with low key campaigns in preparation for the upcoming general elections. Therefore, it is still unpredictable on who will become the next governor, and if Amos Nyaribo will defend his precious seat.