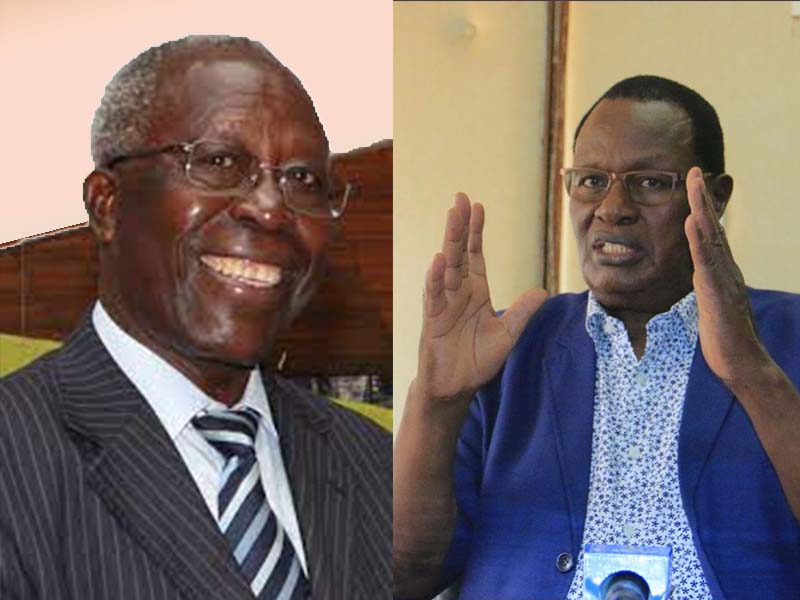 Old is gold but that is sometimes not the case in leadership where being energetic is as important as owning an experience. For that reason, a wave of young leaders is fighting for inclusion in positions of power. A heated uprising against the oldest and prominent Kisii politicians is particularly alarming.

Africa is a continent of power veterans, Kenya a deep state nation, and Kisii County a den of closed-door democracy. Luckily, these sad realities are fading away even as more qualified young people continue to take centre stage in top decision making positions.

The Oldest and prominent Kisii politicians

In the list of prominent Kisii politicians who should retire to pave way for youthful leadership are Stephen Manoti Kengere, professor Sam Ongeri, and Chris Obure.

While supporters feel that these deep pocket leaders are fit to succeed Governor James Ongwae, critics argue that they have overstayed the welcome in Kisii politics.

Born in 1938, 84 years old professor Samson Kegengo Ongeri started his career as a physician in the early 60s.

He joined politics in 1988 as a Member of Parliament in Nyaribari Masaba Constituency. He proceeded to work as a minister of education, foreign affairs, and lately a senator of Kisii County.

Prof Ongeri who practised as a medical doctor for 20 years has been in politics for the last 44 years.

He joined politics upon graduating with Bachelors of Commerce degree from the University of Nairobi and working at EABL for a few years.

In 1988, Chris Obure became a Member of Parliament in Bobasi Constituency.

He has since worked in the national government as minister of finance, public works, chief administrative secretary, as well as senator in Kisii County.

Summoning it all up, Chris Obure has been holding powerful positions for the past 44 years, excluding professional career years.

The oldest and prominent Kisii politicians have continually blocked generations of able leaders. The most affected is a majority of young people with candid ideas but dry pockets for strategic campaigns.