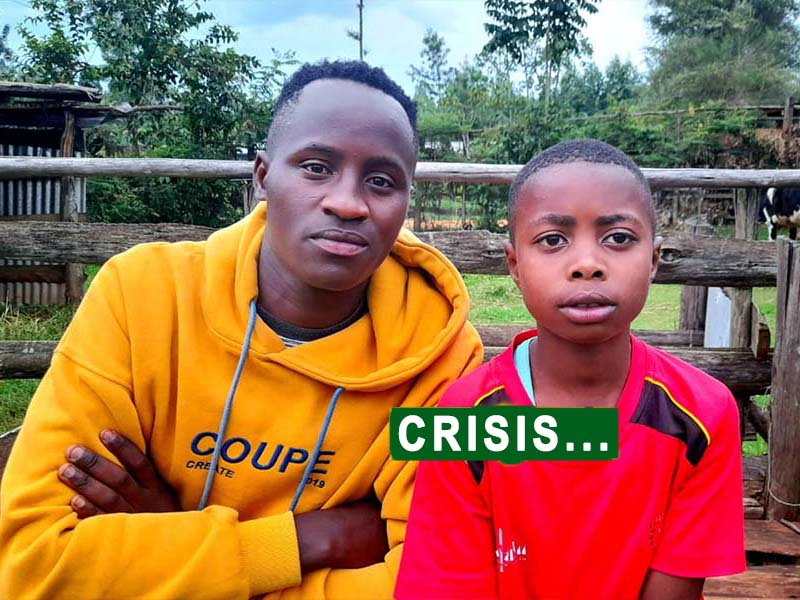 Onsongo Comedy crisis which has been experiencing a blackout of YouTube and TikTok views is finally settling back. This is after content creators Nicholas Kioko, Mike Wako, and Ochonjo stormed the little jokester’s Kisii home.

The three Youtubers landed in Kisii intending to fetch the drowning Onsongo Comedy Ke Channel. What followed is a series of trending videos amid blame games on what might have resulted in the sudden decline.

Maintaining the heartbeat of a big brand is usually demanding for screenwriters.

For this reason, brand directors and managers must always keep up with the high expectations of a ballooning audience.

In a recent tour to Kisii, the three expressed their frustrations on how the father and manager Culture Six were handling celebrity Onsongo.

Mike Wako was the first to come straight on the declining performance of Onsongo Comedy Ke Channel.

On his side, poor communication from Onsongo management is the genesis of low engagement on the latest videos.

Ochonjo, on the other hand, feels that Culture Six is no longer facilitating routine shoots as was initially the case.

Ochonjo, Mike Wako, and Nicholas Kioko collectively think that the inclusion of Onsongo’s father in the show was not a good idea.

Such is also the feedback that most loyal followers have been sharing in the comment section of the latest videos, especially those featuring his dad.

A section of those who have commented allege that Mr Alfayo Nyakundi was drawn into the industry to shield his talented school-going son.

Onsongo Comedy crisis is no longer a cause of concern because his founding celebrities are back with fresh ideas. His second uprising will certainly surpass the former.