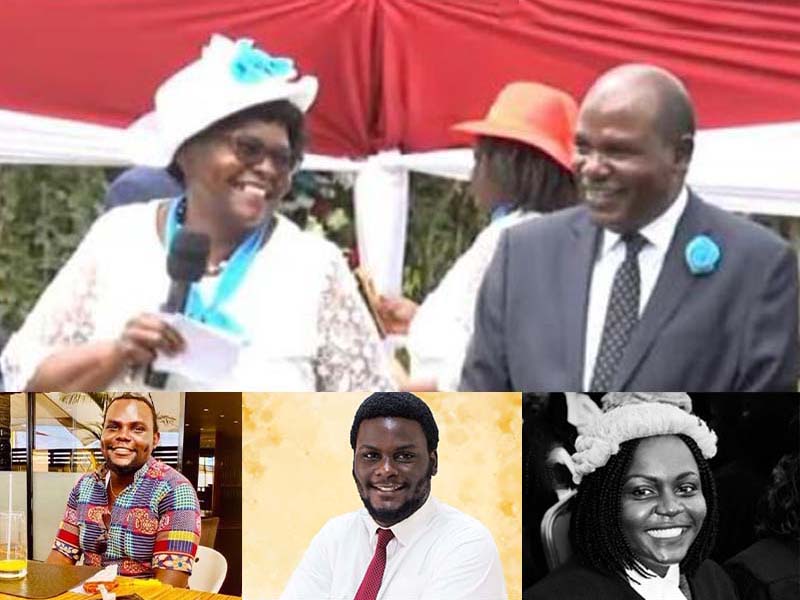 Most senior government officials prefer locking away their inner family members from excessive scrutiny on social media. Such is the case for Wafula Chebukati children who are hardly in the limelight.

Chebukati’s family can no longer escape the crossroads of mainstream media. The cameras are particularly zooming on his wife, sons, and daughters.

Chebukati is husband to Mrs Mary and a father of three children among them Jonathan, Emmanuel, and Rachel.

Appointed chairman by President Uhuru Kenyatta in 2017, he will be retiring in 2023.

Wafula Chebukati’s son Jonathan is an alumna of United States International University (USIU) where he studied for a Bachelor’s Degree in Tourism Management between 2013 and 2016.

Jonathan graduated from the same institution in 2022 with a Master’s Degree in Marketing. He is currently running family businesses among other personal ventures.

Rachel Chebukati is the second born and the only daughter in a family of three siblings.

Her LinkedIn profile says she is an Advocate of the High Court of Kenya and a Certified Professional Mediator with experience spanning 7 years.

Emmanuel is a cloud security engineer with at least 7 years of experience in secure cloud deployment, application security, and system auditing.

His excellence in technology projects has attracted several accolades among them 3 Microsoft Azure certifications.

On top of that, he is a Certified Ethical Hacker and AWS Certified Cloud Practitioner currently working for Hepta Analytics.

Emmanuel is a co-founder of Hepta Analytics Company with headquarters in Kenya and Rwanda.

For the record, he is a Business and Information Technology graduate from the Institute of Advanced Technology (IAT).

Emmanuel is also a Computer Science graduate from USIU and a Masters’ of Science (Information Technology) graduate from Carnegie Mellon University.

Chebukati is happily married to a God-fearing spouse called Mary. Together, they have two sons and one daughter.

Theirs is an admirable family marked with high academic credentials and career prosperity.

He graduated from Nairobi University with a Bachelor of Law degree in 1985.

In 2007, he contested for the Saboti parliamentary seat with Raila’s ODM Party ticket. Unfortunately, he lost to Eugene Wamalwa of PNU.

Luckily, President Uhuru Kenyatta appointed Chebukati as the new IEBC boss in 2017. He is set for retirement after successfully delivering the 2017 and 2022 general elections.

Wafula Chebukati Children include Jonathan, Emmanuel, and Rachel. The three siblings are lately peaking in their careers away from excessive publicity.