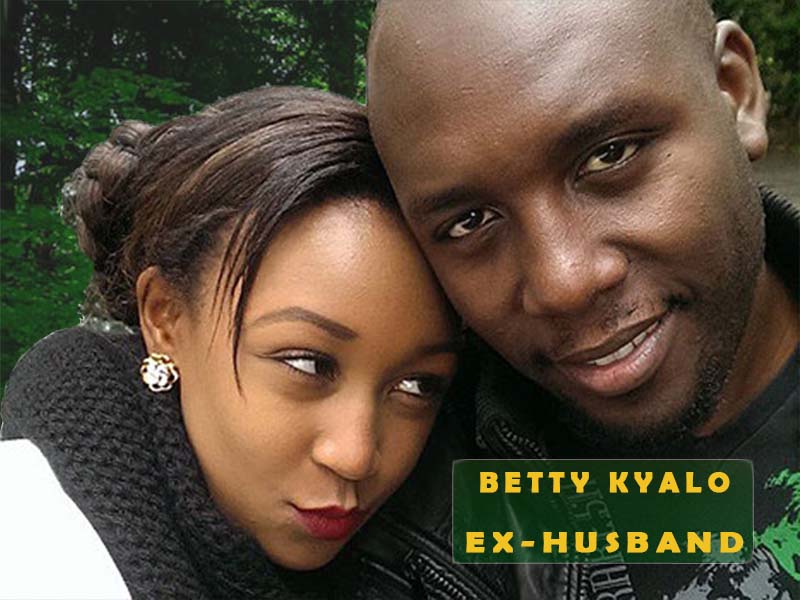 Her prettiness Betty Mutei Kyalo from the dry-spell Kambaland is back on the trends with a new flavour of self-love. Some of her picturesque circulations are not only arousing but also striking for a tricenarian bubbly woman. Our inquiry into Betty Kyalo husband photos does not end here.

News anchor and businesswoman Betty Kyalo often in tight red dresses, is never out of the limelight. Her constant thirst for attention keeps the gossip industry afloat.

News lady Betty Kyalo recently married to investigative journalist Dennis Okari is not yet in a romantic relationship. She allegedly called it quits within six months of walking down the aisle.

After dating for 6 years straight, Kyalo and Okari exchanged vows in October 2015 at the iconic Marula Manor in Karen Estate, Nairobi. Close family members and newsroom friends graced the occasion in fancy attires. Unfortunately, their marital bliss did not survive the first year.

“The divorce changed my perception about marriage. We were so happy for four years it didn’t make sense that we were there, only for six months inside the marriage.”

Why did Betty Kyalo divorce her husband? Sources close to the duo allege that Betty Kyalo dumped the former NTV reporter because of infidelity. A suggestive tweet from Betty’s brother Brian Kyalo says no less.

“Women go thru so much pain and society ignores this. Pain may come from un-appreciative family in law, dishonest partner, and spousal abuse… As we pray for both of them to heal, let’s respect that they are human beings. Just like us. Mistakes happen, and decisions are made. Such is life.”

What started as a rumour eventually gathered into a bitter separation marked by child custody wrangles. Betty Kyalo’s marriage story has since stuck in the headlines.

Is Betty Kyalo married? No, the sweetheart celebrity is a single woman with several fanatics, critics, and secret admirers on social media. Even so, her smile and affection for her daughter Ivanna remain untouched.

Betty Kyalo and ex-husband Dennis Okari are parents of a cute daughter called Ivanna Okari. The short-lived lovebirds welcomed their firstborn child months after their honeymoon.

“I did that with the separation from Ivanna’s dad but these days am different. I can’t believe how things went. It was such a nice relationship and very light. We had a special relationship. The wedding was huge and I didn’t think we knew what we were getting ourselves in.”

Born on March 15, 1989, the 33-year-old Mass Communication graduate from Daystar University is still shining in the media space.

Betty Kyalo husband photos paint the image of a sweet love story gone bizarre. Meanwhile, rumours of a new boyfriend and plans of settling down for the second time are farfetched.