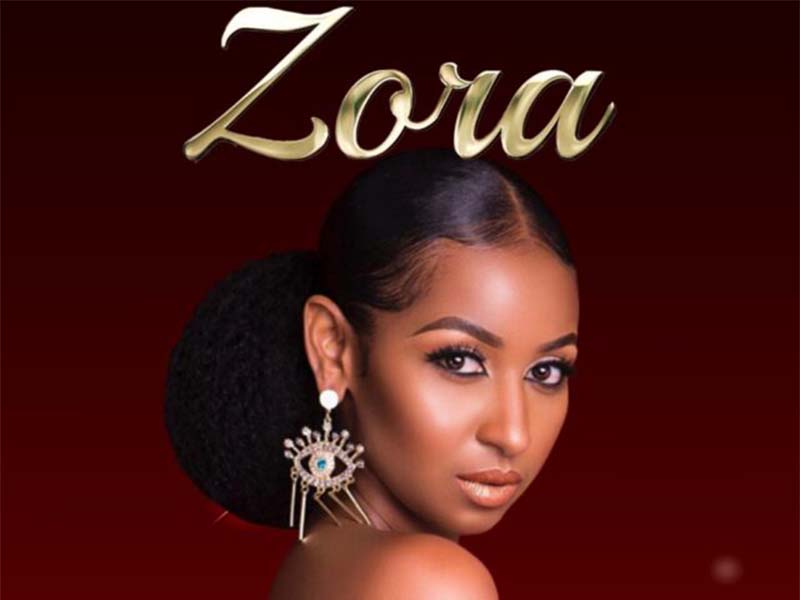 Longtime Maria fans welcomed a new telenovela, Zora, on March 22, 2021. The series is exciting with a psyching response. Do not miss it because Zora Citizen TV actors have already taken over the wide screens.

The multi-talented and beautiful Zora is the new face that will be keeping us glued to our phones and televisions. The soapie will be airing every weekday starting 7:30 pm, indeed, a convenient time for most fans. Zora Citizen TV today’s episode adds to the bubble.

Zora has attracted the finest screencast setting the expectations even higher among inherent Maria series fans.

Stage names and real names of lead characters in the Zora telenovela series are;

Go on for a complete list of cast members and their profile facts.

Actor Madiba and Actress Zora are two lead characters in the new Zora drama series. These will star alongside other supporting roles to realize the best screenplay.

IMDB profile describes Sarah Hassan as a producer and actress.

Some of her film productions are;

Sarah Hassan plays the role of Zora in the Zora Citizen TV series. Biography findings show that Sarah Hassan age is 32 years and was born on September 5, 1988.

The beautiful Sarah Hassan from Mombasa is a graduate of the Jomo Kenyatta University of Agriculture and Technology (JKUAT).

In 2017, she married Martin Dale through a colourful wedding. She stays with her husband and child.

He previously starred as Meja in Maria and now Madiba in Citizen TV’s Zora series.

Some of Lungaho’s famed films are Checklist, Run Kenya, Chasing the light, Torture, and Power of belief.

He recently joined Country Queen for the role of Maxwell Sibala. Lung’aho has also taken part in the following productions.

Blessing Lung’aho is a Nairobi-based actor from Uasin Gishu. He is of the Luhya tribe and ethnicity.

Above all, he is the son of a literature professor and accountant father.

Lungaho studied at Kakamega High School. He later graduated from the Catholic University of East Africa with a degree in Commerce, accounting option.

Losing a dad on the same day he landed his first ad gig is an experience that Lungaho will live to tell.

Let us now move on to Zora Citizen TV minor characters on the set.

Friends convinced Robert Agengo to dump a dream of becoming an army officer for acting. As a result, he is now a respected casting director. Previous cast roles are;

Zora Citizen TV actor Fella real names are Agengo Robert. He is a husband to the lead actress Zora.

The 34 year old was born April 22, 1986, at Kibera, Nairobi County. A debut play dubbed Mistake on the Kenya Broadcasting Corporation launched his career.

Finally, Robert Agengo is an alumnus of Ngelani High School class of 2004.

Zora actor Nana whose real name is Jacqueline Mwangi Matubia, is a former Tahidi High screencast, Jolene. She has rocked in the following videos;

Elsewhere, her relationship of 3 years with Kennedy Njogu ended in a painful separation.

Apart from acting, the gorgeous Matubia is a celebrated television personality and serial entrepreneur.

The former Switch TV presenter auditioned for the role of Luwi and ended up with the role of Thomas; a house manager turned gardener.

Besides acting and Hip Hop rap music, the 27 year old Quincy Rapando is an MC, bodybuilder, and YouTube influencer.

Shighadi is a successful fashion blogger and commercial model. Maria soapie fans remember Bridget for her role as Sophia.

Bridget Shighadi is the new face Yola in the Zora series. Briget Shighadi became an overnight sensation for her romantic relationship with Shuga actor Nick Mutuma.

Sources allege that Shighadi and Mutuma have a daughter.

Comedian and MC Ryan Mwenda on Churchill Show is a clip that has been making circles on YouTube.

The funny jokes started in 2012 when he moved President Uhuru Kenyatta at Kasarani Stadium.

The young hunk excited many who had gathered to grace the launching of the Jubilee Manifesto.

Ryan Mwenda, who stars as Zora’s son, Simba, is one of the most adept Zora Citizen TV actors. Ryan Mwenda age is about 18 years as of 2021.

The creative radio presenter at Baraka FM is rising fast in the entertainment industry.

She scooped the best actress label in 2018 and made herself a name in different TV programs such as Aziza and Moyo. Neema appeared as Binti in Citizen TV Aziza cast.

Zora producers recruited Neema Sulubu for the role of Neema. The Mombasa actress Neema Sulubu reportedly lost a father in 2020.

Gatimu Munene Patrick is a big-time actor and a new face on the Citizen Television series Zora. He has stolen memorable appearances in the following films from 2017.

Patrick Gatimu plays Oscar in the Zora series. He was the Best Supporting Actor nominee for the Kalasha Awards in 2017.

Her LinkedIn bio confirms that she works at Tamusana as head of cinematography.

Education history record provides that she schooled at Moi Girls School between 2005 and 2009.

Michelle Brenda graduated from the University of Nairobi in 2011 with qualifications in Chinese Language and Culture.

The sassy actress joined the African Digital media Institute in 2012 and graduated in 2014 with skills in Film and Television.

Gachanja Joseph has been acting for years now. Some of his viral television productions are;

Joseph Gachanja is Mzee Chibale in the Zora series. He is a cast member to watch owing to his previous experience.

The soapie has at least twenty actors, and here are some more.

As you may have noticed,  most performers in the Zora soap opera are young talents at the prime of their careers in the entertainment industry.

Lets meet behind the camera talents in the Zora series.

Premiere episodes in Zora soap opera introduce us to Zora, her mother, and son Simba.

More so, the themes of love, infidelity, falsehood, betrayal, and deceit are easily noticeable.

Drama escalates when the angry Zora rises to discipline her son Simba for wrongdoing.

Beforehand, the trouble-seeking Simba finds protection in the arms of his grandmother.

The granny incites Simba by exposing Zora’s annoying childhood secrets. She is unsparing in condemning her daughter Zora.

Even worse, she sidelines with the naughty Simba and tells Zora’s irritating childhood on him.

Furthermore, the grandmother reasons that Simba’s childhood life, however messy, is far better than that of her daughter Zora.

The protective granny introduces new twists that make it almost impossible for Zora to correct her son Simba.

Zora’s marriage with Fella is becoming unstable. Being a first-love in her life, Zora can not tolerate those advising her to divorce Fella because of his infidelity.

Stay tuned for newer twists, characters, and scenes. Will the love-struck Zora find peace with her unfaithful husband Fella?

Jiffy Pictures is the producer of Zora soap opera on Citizen television. The production company belongs to Rashid Abdalla and Lulu Hassan.

The heart-warming Zora, whose real name is Sarah Hassan, has so far hooked the hearts of many.

Her gorgeous looks and broad smiles command love and affections.

On the other hand, Madiba, called Blessing Lung’aho, is exciting followers with gentleman vibes.

Zora Citizen TV actors comprise new and familiar faces from notorious programs such as Tahidi High. Observations from debut episodes indicate that the Zora series will fit perfectly in the shoes of Maria’s award-winning series.