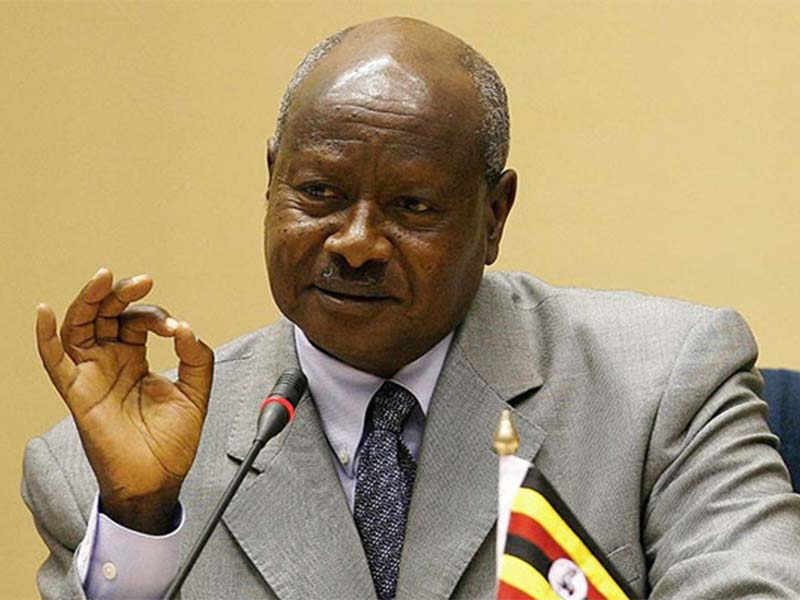 Who is Yoweri Museveni? The feared and respected president Museveni is an incumbent Head of State in the Republic of Uganda. He is the most outspoken in the list of longest serving presidents in Africa. Yoweri Kaguta Museveni biography says no less about his personal profile, grip of power, and daring leadership style.

The story of Museveni is of interest at the international level owing to his controversial approach on matters governance. Above all, he remains a powerful man having defended his loyal position with enough re-election votes.

Yoweri Kaguta Museveni is famous for serving as the President of Uganda since 1986. He is now serving the sixth term with an experience of 35 years as commander in Chief.

The childhood, early years, professional career, and political journey of Yoweri Museveni are notable for all the good and wrong reasons alike.

We take you through the life story of a fearless and defiant man in the face of Africa.

Where did Museveni come from?

President Museveni grew under the care of hard working cattle farming parents. His modern day love for cattle is indeed from their veins.

How old is Kaguta Yoweri Museveni?

Yoweri Kaguta Museveni age is 76 years as of 2021. He will be celebrating his 77th birthday on September 15th, later in the year.

The president is still fit and never shy from displaying vigour through push ups and related exercises.

Museveni was directly involved in a rebellion that dethroned Idi Amin Dada Oumee from power as president of Uganda.

Lieutenant Idi Amin ruled between 1971 and 1979 as the 3rd president of Uganda.

Obote had sized power as the first prime minister of the freshly independent Uganda in 1962.

Luckily, Obote regained his seat only to lose it again in 1985 amid a bloody conflict called Ugandan Bush War.

In the process Yoweri Museveni captured the loyal seat backed with a new generation of African leaders.

President Museveni has remained stuck in the presidential position for at least 36 years, with no signs of giving it up.

Uganda opposition leaders such as Bobi Wine and Warren Kizza Besigye Kifefe are still far from dethroning him.

No one knows for sure how Museveni has managed to maintain power and influence throughout the years.

President Yoweri Kaguta Museveni biography has enough to admire and more to criticize. A long mysterious stay in the executive position is why the world think of him as a neo dictator.