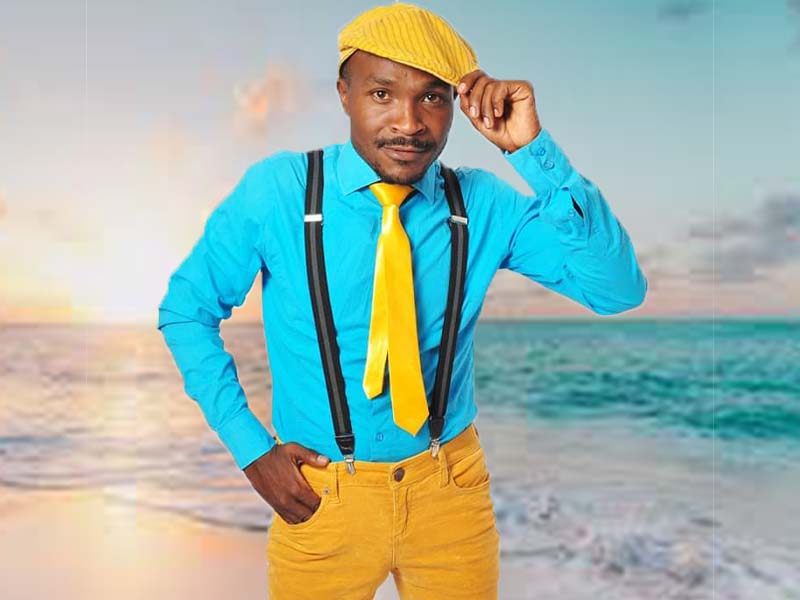 Many prefer listening to Miggy songs because they are not only informative but also entertaining. For this reason, Miggy Champ, Echambioni, remains a prominent Kisii musician of our generation. His new songs are slowly taking over the local entertainment industry.

Miggy is a longstanding Kisii Musician with enough tracks to create an endless playlist. His new songs enjoy a fair radio play and are now a street anthem in Kisii Town.

Miggy’s creative and lyrical music has a special place in the hearts of many.

The Kenyan dance hall singer Omari Migisi has been releasing hit songs after another. The numbers of his trendsetting tracks including Miggy song Sesenia with surprise you.

Some of these viral releases have already earned him big titles including an Award for The Song of The Year.

The singer did well in the list of nominee and winners during the Gusii Creative Awards 2020 celebrations held at Ufanisi resort.

The song came out in early 2019 but is still trending today. The track brought together famous Kisii artists such as Vicky Young, Faith Stan, and Miggy Champ.

Symo on the Beat (A True Kana) produced the composition. Miggy Champ Noraita lyrics speak of a troublesome woman in his life.

Miggy Champ and Mr. Ongengo in one song make it a huge thing. More so, it is a Kisii wedding song like no other, including Ekio Nkiekio by Mcubamba.

This wedding anthem came out in 2017 and launched in Texas, USA.

This why I do appreciate this guys called Miggy and Ogengo? Am happy for this great work of you and May God bless your job always 👊👏👏👍✌

Miggy launched the song on July 11, 2019. The track speaks about an emergency meeting call in which Miggy tells his problems to the area chief.

The Most talented gentleman in Kisii……u really inspire me Mr. Miggy

6Beat produced Ebarasa on the Bantu Resort grounds with Miggy Champ as the starring artist.

This Miggy new song translates to Bless. Miggy is rising against Satan to let him free so he can return to the house of God. He is claiming God’s blessings for all.

Was looking for this song sometimes back when DJ bunny played it but couldn’t find it..Round hii ni million views reloaded for this song…gose naki ebise?

Have you been searching for Sesenia Miggy mp3? The hit premiered on April 16, 2020, and is still popular.

Augusto is the producer, while Bigjey is the director. Sesenia by MC Miggy mp3 download is now available on leading streaming sites.

The director to this video deed a good job… I think now kisii artists we are heading somewhere.. Big up bro babu gee aka omoisia omongare na miggy…

Miggy Champ and Babu Gee are the starring singers in the hit song Yabeire Bobe. Bigjey is the director, while Augusto/Atrue Kana is the audio artist.

Miggy Champ is not new to love songs. His track Nyarinda is about a beautiful woman Nyarinda from Nyamira, for whom he is deeply in love.

More so, Nyarinda is a well-mannered woman that any man would want in his life.

My brother Miggy I promise you, this is NEXT level. I guarantee you this is the BEST song ever after SESENIA, get it frm me. Eye ero nembe pi, enkong’u buna onkong’u, nimekubali.

Miggy is the performer in this Vinto Neskon, and Gravins directed gem. On the other hand, Augusto Konye is the audio artist in the track.

The song came out on October 25, 2020, and has been doing well on the MC Miggy Champ YouTube channel.

The hit track speaks about the effects of liquor and Bhang on the young generation.

It’s finally out…!! I know some people may get offended but I HAD TO SPEAK. Let’s join hands and save the youth. If you agree with me please share this…. Don’t forget to SUBSCRIBE

Tasla Walter and Forever Young are directors in the track, with Symo On The Beat standing in for the audio play.

Most of the singer’s trending songs are now available on YouTube and other sites such as mdundo.com.

You will be sure to get enough hits for your playlist if you look for Miggy songs mp3 download.

A celebrity of Miggy’s calibre of often not without a stint or two. Echampioni blasted Diamond of the Wasafi record label for stealing his content.

He pointed out that Rayvanny and his counterparts included a scene from Yabeire Bobe song in their Mwanza song. The claim has since gone silent.

Miggy songs are highly preferable for their strong message and entertaining beats. The star deserves more from his fans, having released tens of music hits in his long-lived career. Download and listen to Miggy Champ latest music for relaxing beats.